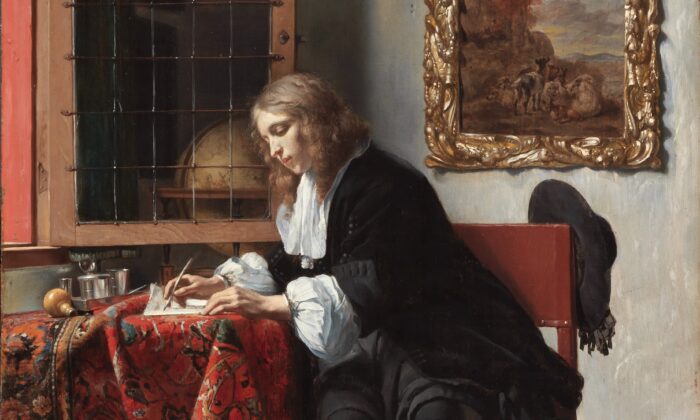 What’s Writing Classical Poetry All About?

Very recently, I hosted a live online poetry event for New York’s The Society of Classical Poets (SCP). I introduced six American poets, of whom two were naturalized Americans, one originally from Russia and the other from England. In introducing them and their excellent work, I attempted to say a little about “classical” poetry in general, since I felt that this was a largely misunderstood concept, and therefore, I needed to provide some context and perspective on it.

In other words, I had to correct the notion that classical poetry was, at its simplest, only poetry that rhymed; or, at its more sophisticated, that it was poetry about a tribe of remote historical people, dead for thousands of years; or that even—God forbid—it was poetry that focused on gods and goddesses from pagan worlds that we no longer believed in. Put more simply still: that classical poetry was completely irrelevant to the contemporary world, that rhyming was artificial and superficial, that no one cared about the long-distant dead, and that science meant that talking about gods and goddesses was just childish bibble-babble.

My starting point was not to demolish all of the false conceptions outlined above, though I could have. For example, I could have cited leading American poets and critics Robert Beum and Karl Shapiro, who say in their book “The Prosody Handbook: A Guide to Poetic Form” that “making a rhyme scheme is in itself a way of affirming a general commitment to order, of implying both the necessity of order to a high degree of civilization and the immediate aesthetic pleasure inherent in it.”

We should only consider rhyme as being artificial and superficial when a weak poet cannot handle the technique sufficiently well, so that we notice its poor workmanship. Proust, as paraphrased by Prue Shaw in “Reading Dante,” observed of good poets, “The tyranny of rhyme forces the poet to the discovery of his finest lines.”

If it be argued that classical poetry is about those dead for thousands of years, then so what? What can we learn from history and those who went before? Just about everything, for as Mark Twain observed: “History doesn’t repeat itself, but it often rhymes.” The patterns of the past help us understand what is going on now. Without such patterns, we would probably be unable to anticipate anything in the future at all.

Finally, as for the gods and goddesses, an elementary acquaintance with Freud, Jung, and other great psychological minds, shows us that in these myths there are profound archetypes—deep insights—for today.

But no, I did not engage in that debate. Instead, I wanted to talk about three elements that classical poetry stands for, and I wanted to base this introduction on the three transcendental qualities often associated with Plato: namely, goodness, truth, and beauty.

Real classical poetry—in fact, real poetry period—is always about these three qualities. And, of course, it is important—vital—that we have more of all three in our lives.

If we have “goodness” in poetry, what does that mean? Does it mean we want a goody-goody two-shoes type of poetry in which only virtue is presented and only good deeds and words are commemorated? Hardly. That’s more appropriate for epitaphs on funeral urns!

On the contrary, when we think seriously about goodness, we realize that its most potent manifestations occur when its exact opposites—malevolence and implacable fate—abound. Hence, American psychoanalyst James Hollis observed that “the way to the Self begins with conflict.” The Self is our modern word for soul—and real poetry originates in the soul. Poetry that strives to offer a “conflict-free plateau” or a “sunlit glen without struggle” is not going to be worth much.

An excellent genre of poetry in which we see “goodness” as a central preoccupation—keeping in mind that all three qualities are interconnected—is satire. Satire depends for its force on our understanding of a moral standard—that is goodness—against which the subject stands in stark contrast.

One frequent topic of satire, that is to say a principle of goodness that very few would dispute, is hypocrisy. All peoples, of whatever race or religion or secular viewpoint, acknowledge that hypocrisy is a bad thing. Thus, satirizing it in poetry (Alexander Pope being a master of this form) is a very powerful affirmation of goodness.

The Society of Classical Poets event that I hosted included the Missouri poet Andrew Benson Brown whose satire (of a satirist!) of Lord Byron (titled “How to Be Like Byron”) was a masterclass in ridiculing the pretensions of the Byronic “pose.” Part of the dark attraction of Byron was, as Lady Caroline Lamb observed after meeting him, that he was “mad, bad, and dangerous to know.” Thus, Benson Brown gives some ironical pointers on how just to achieve this:

A mock-epic roll call indeed. This seemingly casual run-through of heroic (deranged?) heroes of 19th-century novels, all with Byronic aspects to their character, is deftly done. I especially like “Ape Ahab …” and the satirical, though ambiguous, claim of “All men” and what they need.

Equally, poetry is about the “true” or truth. And we need to be clear. This is not the same thing as writing about your favorite memes or political convictions; these things come and go. But as Socrates noted: “I soon realized that poets do not compose their poems with real knowledge, but by inborn talent and inspiration, like seers and prophets who also say many things without any understanding of what they say. …” Notice that his saying without “real knowledge” almost seems a contradiction in terms. How can poetry be true without any real knowledge? It can by pointing toward truth.

This kind of poetry—with a bias toward truth—often has startling directness. For example, Shakespeare wrote:

“Imperious Caesar, dead and turned to clay,
Might stop a hole to keep the wind away.” (Hamlet 5.1)

When we read something like this, we cannot help but acknowledge its truth. Somehow it has captured something about the glory and evanescence of humanity with compelling brevity (and according to American psychologist James Hillman, “poetry depends on compression for its impact.”) Such poetry pierces the veil of what seems to be and establishes what is.

While Shakespeare’s lines point to a truth quite grand, the truth can be mundane too. The ending of Robert Frost’s “Mending Wall” is profoundly true to experience: “He says again, ‘Good fences make good neighbors.’”

Of the poetry I introduced, Russia-born Sasha A. Palmer’s wonderful Shakespearean sonnet “Connected” provides lots of truth as she explored her own situation and the plight of Falun Gong practitioners who have been brutally persecuted in China since 1999. Her final couplet goes:

“… Somehow
I know this: when another victim falls,
Don’t ask for whom the bell of freedom tolls.”

Finally, we come, perhaps, to the most important quality of all when dealing with poetry: beauty. After all, without it, why do we bother reading at all? It was Oscar Wilde who said, “Beauty is a form of genius—is higher, indeed, than genius, as it needs no explanation.”

Regarding poetry itself, Edgar Allan Poe observed: “Poetry is the rhythmical creation of beauty in words.” There is in all of us a hunger for beauty, an insatiable hunger, for as Plotinus remarked, “Beauty is the first attribute of the soul” and this leads us to joy.

This takes us back to Beum and Shapiro’s observation that rhyme provides “immediate aesthetic pleasure” and such pleasure is “inherent in it.” Indeed, it’s inherent virtually in all word play, which is why children love nursery rhymes; the sound effects, the music of poetry is truly delightful. One of my all-time favorite poems is Coleridge’s “Kubla Khan.” Why? The sheer musicality! I mean take these lines:

“A damsel with a dulcimer
In a vision once I saw:”

The alliterative “d” of the first line is almost—to repeat a “d”—doggerel, but it’s not. On the contrary, the lines build hypnotically, mesmerizing with their beat, their flow, and their beautiful word patterning that ensues. This intricate and delightful patterning of language is precisely what some of the poets I hosted were experimenting with and achieving.

The winning poet from Texas, Susan Jarvis Bryant, for example in a complex form called the Rondeau, has this final stanza:

“I ponder times when life was amplified
with certainty my dreams would never stall—
that joyride of a green and prideful tide,
denied because I do not know it all;
I’m far from young enough.”

Aside from the obvious rhyming of amplified/tide, notice the almost unobtrusive but actually very marked internal rhyming of joyride/prideful/tide/denied—all in flow and not leading to that sense of forced rhyming.

Of course, when the poet manages to combine, each in their equal and full intensity, goodness, truth, and beauty together, then a fourth quality emerges—the very highest of all in poetry (and in all the arts). Here our senses are completely overwhelmed, though temporarily, and suspended, for we are in a state of astonishment or awe. I remember this feeling the first time I ever read Milton’s “Paradise Lost.” At this point, we experience the sublime.

English actor and writer Stephen Fry said, “Let us reserve the word ‘poetry’ for something worth fighting for, an ideal we can strive to live up to.” How right he is. The classical poetry that I have outlined strives to do precisely that.