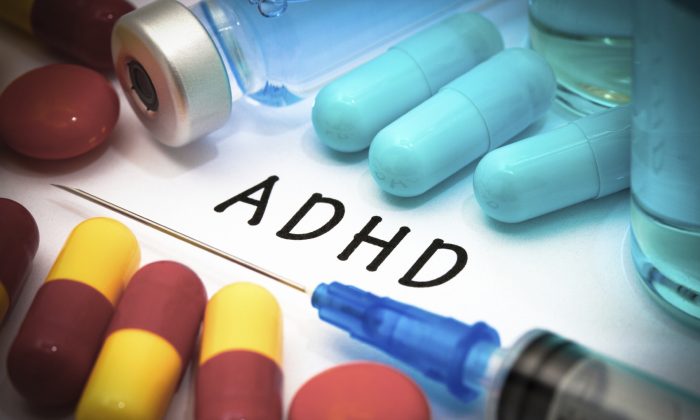 What’s Causing the Rise in ADHD?

According to a 2010 U.S. government survey, 1 in 10 American children now has attention deficit hyperactivity disorder (ADHD)—a 22 percent increase from 2003.

ADHD makes it hard for children to pay attention and control impulsive behavior, and an increasing number of older children, including high school students, are now being labeled as having ADHD. Adult ADHD is also becoming more prevalent.

As reported by the Las Vegas Guardian Express, nearly 11 percent of American kids are labeled with the disorder. More than twice as many boys are diagnosed with ADHD than girls—one in five, compared to one in 11. The featured article speculates about the cause behind these rising numbers.

Some experts feel the increase could be due to increased awareness and better diagnosis, but I think you’ll find it interesting that this trend also coincides with increased prevalence of the pervasive weed killer, glyphosate, in the American food supply.

An ADHD diagnosis is often made on the subjective observations of teachers or guardians.

There’s also plenty of room for overdiagnosis. In fact, an ADHD diagnosis is often made on the subjective observations of teachers or guardians, based on signs that nearly every child will display at some point. Aggravating factors, such as diet or home environment, are oftentimes overlooked entirely.

The featured article actually points out some interesting correlations between ADHD diagnoses and changes to the American educational system that might help explain how, if not why, so many children are misdiagnosed or flat out falsely diagnosed.

But before we get into potential causes for the uptick in prevalence, let’s review how ADHD is qualified in the first place. The disorder involves a cluster of symptoms that includes inattention, hyperactivity, and impulsive behaviors.

Often, children with ADHD struggle in school and have difficulty managing interpersonal relationships. They also tend to suffer from low self-esteem. The similar term attention deficit disorder (ADD) has largely been replaced with ADHD, as it describes two of the most common symptoms of the condition, inattention, and hyperactive-impulsive behavior.

Diagnosing ADHD really comes down to a matter of opinion, as there is no physical test, like a brain scan, that can pinpoint the condition. This could change, however. According to a recent study, a newer MRI method called magnetic field correlation imaging that can detect low iron levels in the brains of children with ADHD could potentially help parents and patients make better informed decisions about treatment. As reported by Medicine.net:

“Psychostimulant drugs used to treat ADHD affect levels of the brain chemical dopamine. Because iron is required to process dopamine, using MRI to assess iron levels in the brain may provide a noninvasive, indirect measure of the chemical, explained study author Vitria Adisetiyo… If these findings are confirmed in larger studies, this technique might help improve ADHD diagnosis and treatment…

The [magnetic field correlation imaging] scans revealed that the 12 ADHD patients who’d never been treated with psychostimulant drugs such as Ritalin had lower brain iron levels than those who’d received the drugs and those in the control group. The lower iron levels in the ADHD patients who’d never taken stimulant drugs appeared to normalize after they took the medicines.”

At present, diagnosis is dependent on subjective evaluation, and, for better or worse, teachers can play a significant role in this evaluation.

Most children with ADHD will display a combination of inattention and hyperactive-impulsive behavior, along with the following symptoms:

Many of these “symptoms” could describe virtually any child, or most children, on any given day. Hence, those who display these symptoms at school but not at home or with friends are not considered to have ADHD. Ditto for children who display symptoms at home but not at school.

According to a 2010 study, an estimated 20 percent of children are misdiagnosed with ADHD.

Only children who struggle with inattention and hyperactive or impulsive behaviors around the clock are deemed to have ADHD—or at least they should be. According to a 2010 study, an estimated 20 percent of children are misdiagnosed with ADHD.

According to some, the disorder may not even be a “real” disorder at all. Psychiatrist Leon Eisenberg, hailed as the “scientific father of ADHD,” actually went on record saying that ADHD is “a prime example of a fictitious disease.” He made this stunning confession in a 2012 interview with the German paper Der Spiegel, just seven months prior to his death at the age of 87.

Raising a Generation of Drug Users

About two-thirds of the children diagnosed with ADHD are on some form of prescription medication, and oftentimes the side effects are far worse than the condition itself.

Sadly, tens of thousands of American kids are now prescribed dangerous antipsychotic drugs before the age of five—some even before reaching 12 months of age, hard as that is to imagine. Children in the Medicaid system are at greatest risk for overdiagnosis. Data shows they’re prescribed antipsychotic medications four times more often compared to those with private insurance.

The price we pay as a society for drugging our children out of objectionable behavior patterns is steep. In children, the long-term effects of drugs are typically largely unknown, while in the short term, we’ve seen shocking increases in violent and aggressive acts committed by teens taking one or more psychotropic drugs.

These children are also likely to experience health problems as they mature into adulthood. Just look at what happens to street junkies through time, and then consider that Ritalin has a more potent effect on your brain than cocaine… Being raised firmly within the drug paradigm from an early age may also make them more likely to opt for drug treatment for other ailments rather than exploring other options.

Behavioral problems clearly do exist, and do appear to be more prevalent than in decades past, with or without the ADHD label. The question on everyone’s mind is what’s causing it? The cause of ADHD remains elusive, although there are many contending culprits, including poor nutrition and environmental toxins ranging from food- and vaccine additives to agricultural chemicals.

For example, a 2006 study found that a mother’s use of cigarettes, alcohol, or other drugs during pregnancy could increase the risk for ADHD. The study also suggested that exposure to lead and/or polychlorinated biphenyls (PCBs) can cause ADHD symptoms. Pesticide exposure has also been linked with ADHD.

Unfortunately, few are focusing on basic nutrition, which I believe is a key factor. We know that the food choices of most children and adults today are incredibly poor, and how can you possibly expect a child to have normal behavior if he is fed refined grains, sugars, and processed foods loaded with chemicals and largely devoid of natural nutrients?

Five Dietary Factors to Address If Your Child Has ADHD

Five dietary factors of particular concern are the following. If your child struggles with behavioral difficulties, whether he or she has been diagnosed with ADHD or not, I strongly recommend addressing all of these factors:

Besides that, sugar promotes chronic inflammation in your body, and many studies have demonstrated the connection between a high-sugar diet and worsened mental health.

Recent research also shows that glyphosate, the active ingredient in Monsanto’s Roundup herbicide, used in large quantities on genetically engineered Roundup Ready crops, limits your body’s ability to detoxify foreign chemical compounds. As a result, the damaging effects of those chemicals and environmental toxins are magnified, and may result in a wide variety of diseases, including brain disorders that can affect behavior.

Besides addressing your child’s nutrition, as described in the two sections above, I also recommend implementing the following strategies: