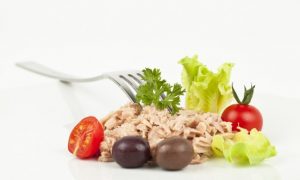 What You Need To Know About Exercising While Pregnant

Physicians should recommend low to moderate levels of exercise to their pregnant patients, even if they have not exercised prior to pregnancy, according to a new report.

Exercise can strengthen and improve overall musculoskeletal and physiologic health as well as pregnancy related symptoms.

Exercise such as aerobics, impact and nonimpact activities, resistance training and swimming:

It should come as no surprise to find out that exercising during pregnancy is helpful both for you and your baby. After all, exercise is an essential element of a comprehensive physical and mental health program.

Previous studies have shown that, in general, women who exercise throughout their pregnancies have larger placentas than their more sedentary peers.

The volume of your placenta is a general marker of its ability to transport oxygen and nutrients to your fetus, so it stands to reason that having a large, healthy placenta will lead to a healthier baby.

However, they also found that women who exercised at the same rate throughout their pregnancy, or boosted the intensity of their exercise regimen later in pregnancy, gave birth to infants who were lighter and had less body fat than women who slowed down in the final trimester.

That said, none of the babies born to women who exercised moderately or intensely through the ninth month were considered low birth weight. (Low birth weight is associated with developmental problems in childhood and may be linked to heart disease and other health problems later in life.)

The findings, published in the American Journal of Obstetrics and Gynecology, indicated that regular weight-bearing exercise is beneficial for both mother and baby, and that the amount of benefit varies with the timing and amount of your exercise.

In short, if you are healthy and your pregnancy is normal, regular exercise can do nothing but improve your and your baby’s health. Avoiding physical movement for fear of causing harm is contra-intuitive and not based on reality, unless you have some form of medical condition that is putting your pregnancy at risk.

What’s a Healthy Amount of Exercise During Pregnancy?

How much exercise is “just enough?”

Previous research has found that exercising either too much or too little can raise your risk of having a low birth weight baby.

According to one previous study published in the American Journal of Obstetrics and Gynecology, pregnant women who exercised three to four times a week seemed to have the best chance of having a healthy weight baby. Exercising more than four times a week, or less than three, was linked to lower birth weight (but not dangerously low birth weight).

As specified in the study above, particularly beneficial exercises during pregnancy include:

Avoid Back Pain and Leg Cramps with Regular Exercise

For years, expectant mothers have considered back pain, hip soreness and leg cramps to be more or less unavoidable during pregnancy. But research suggests that these aches and pains can be avoided with proper conditioning and physical exercise.

When you are pregnant you’re carrying around extra weight and your weight distribution is altered. Therefore, your muscles must work harder to accomplish your normal gait pattern when you walk. Exercising during your pregnancy will help keep your muscles conditioned to handle the increasing weight, and can be very beneficial for both preventive and rehabilitative management.

As a result of the decrease in aches and pains, this practice will likely also reduce the amount of pain-relief drugs taken during pregnancy. This, in and of itself, is good, considering that no drugs have been 100 percent proven to be safe during pregnancy.

Other Health Benefits of Exercising During Pregnancy

Aside from optimizing your baby’s nutrient supply and avoiding annoying aches and pains during pregnancy, exercising during this time has other health benefits, including:

Depression and mood-swings are common phenomena that affect many pregnant women. Changes in your hormone levels, and physical/emotional/mental stresses related to all the changes that are currently taking place in your life are contributing factors.

Even if you’re elated about being pregnant, depression may still affect you, and may take you completely by surprise.

In recent years, conventional medicine has started prescribing antidepressants to pregnant women, both as a preventive measure and as treatment. This is a major mistake that can cause significant harm both to you and your unborn child.

Fortunately, exercise is one of your most effective tools for mental- and emotional health as well.

So sticking to your exercise regimen while you are pregnant can go a long way to insulate you from the pre- and post-partum depression episodes that plague so many pregnant women. Numerous studies have found that exercise is at least as good as, or better, than antidepressants for depression.

The main reason for this is because physical exercise changes the level of serotonin in your brain. It also increases your levels of endorphins, your “feel good” hormones.

If you are pregnant, or planning to become pregnant, I hope you’ll take this advice to heart and exercise, not just for you, but also for the benefit of your baby.

Additionally, I am working on producing many videos that we hope to launch next year. I have given one below as an example. A large number of them will use weights but a fair number, like the one below, do not require any weights at all, and can be used to improve your health.

*Image of “exercise” via Shutterstock