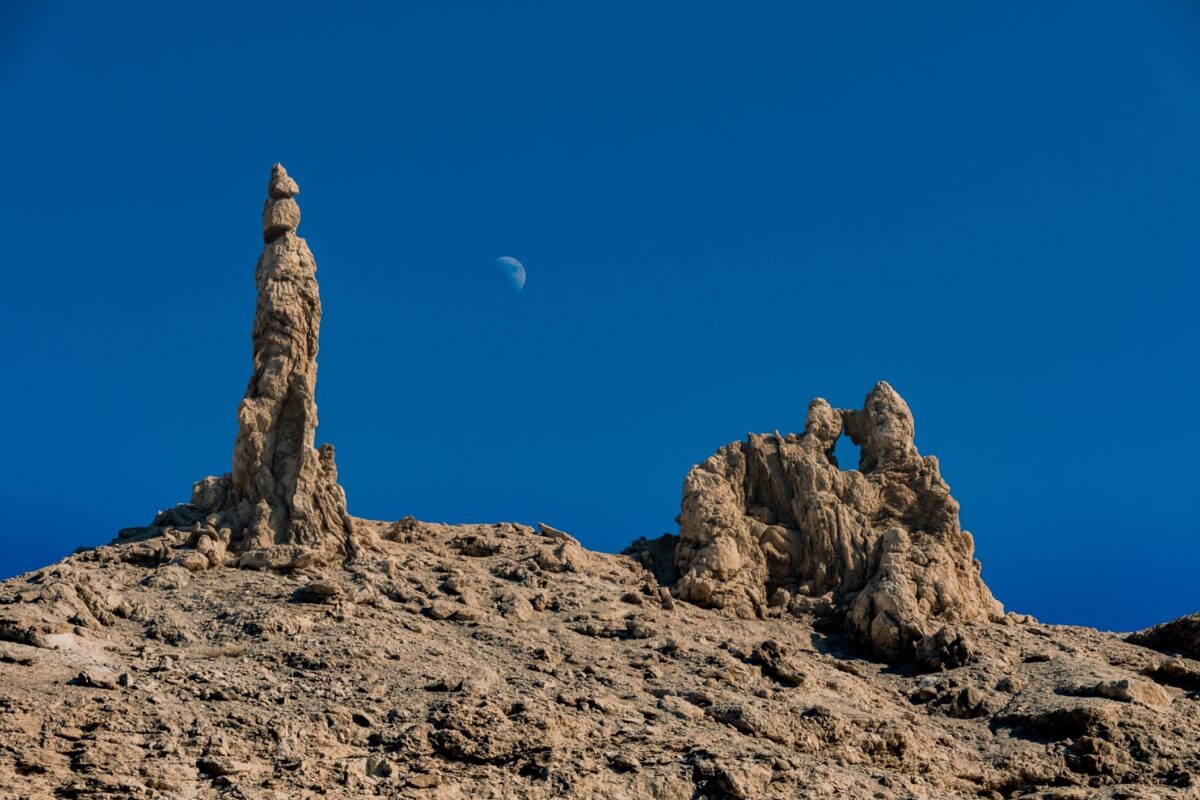 A rock formation venerated as Lot's wife as a pillar of salt. It is located at the Jordan site of the Dead Sea. (Elizabeth Anisclo / Shutterstock)
Arts & Culture

What the Story of Lot’s Wife Can Tell Us: Don’t Look Back!

What are we going to say or think once this lockdown is over and this pandemic is subdued? Frequently, but not always, we have a tendency to “look back,” and as we do so it is often with rose-tinted glasses. For example, after World War I, and even now, the British have this view of the prewar period—the Edwardian Age—in which their empire was glorious and life was opulent, and much safer. The TV series “Downton Abbey,” for example, starts at just such a point (1912) and then unpacks what happens when world events intervene in the otherwise comfortable lifestyles.

Interestingly, of course, the same sort of romantic fictionalizing of history did not occur in Britain—and, I imagine, in America—after World War II, for in this instance the Great Depression was simply too great and too recent for anyone to want to go back to those “glory” days. But that said, the principle remains that we do tend and want to glamorize how things were before. And in the case of COVID-19, we will have plenty of reasons to want to look back: nearly full employment, rising wages, a booming stock market, health care and education mostly available for most people in the West, plus entertainment and circuses everywhere with which to console ourselves and readily available 24/7!

However, to do so is, I think, a big mistake. The story that perhaps more than any other characterizes the dangers of looking back is in the book of Genesis, and a very strange story it is, even by biblical standards. The story may be pure myth, or it may be literally true; it is difficult to know. Certainly, the historian Josephus claimed to have seen it, and the Quran also endorses its actuality.

I am referring to Genesis chapter 19 and the pillar of salt. God had decided to destroy the cities of the plain and warned Lot and his family to flee the city of Sodom. They are given strict instructions not to look back as they fled the fire that rained down, but Lot’s wife (identified in Jewish tradition as Edith) did look back and was turned into a pillar of salt. Why is this significant?

The Past and the Future

Basically, human beings live in three dimensions of time; or more accurately, they live in one dimension, the present, but as they do, they are always aware of the duality of the other two—the past, which is receding from them, and the future, which is approaching. And as one is going away while the other is coming forward, it should not surprise us that they therefore have different perceptual properties, or create different effects on the human consciousness.

To be clear: We do need to think about the past, especially to learn from it, which we can do in a number of ways. Also, we need to contemplate the future in order, most importantly, to create it; for without anticipation of it, we would merely react and be a victim of circumstances, much as animals are.

But the trouble with idealizing the past is that we can so easily get stuck there. For the past tends toward a sort of myopic nostalgia for us all. Even if our childhood or our youth was not ideal, at least we were young then, and so more energized, more attractive, and, critically, so much further statistically from that endpoint we call death. So the vice of the past is its nostalgia-inducing torpor.

The future is quite different, though. When we contemplate the future (assuming we are not a hypochondriac, or chronophobic, or some such), we find there is the only virtue left in Pandora’s box when all the others have fled: hope. I used the word “contemplate” rather than “think” about the future since I wanted to suggest a deeper level of involvement with the future. Implicit in “contemplate” is the idea of our imaginations engaging with it, and so shaping and creating it.

There is a famous story about Roy Disney, Walt’s nephew, who at the opening of Disney World had some Disney executive say to him, something like, “It was such a shame that your uncle never lived to see this.” Roy’s alleged reply was: “But he did—he saw it in his imagination (his mind’s eye), which is why we are seeing it (physically) now.” Wow!

Returning to the story, then, why was Lot’s wife turned into a pillar of salt, and why salt? Why are these two points significant?

The first answer is very clear: She disobeyed a direct command from God, whom she was obligated to obey as her husband did (albeit reluctantly). In this sense, we are reminded of the Adam and Eve story. In some sense, this is just another variant of the interdictions frequently encountered in fairy stories, which human beings tend to break and with catastrophic results.

But why did she break the commandment not to look back? Voyeurism, morbid curiosity, wanting to see pure destruction in action?

Possibly, but I think more likely that the reason is contained in the second answer: Why a pillar of salt? Salt is a crystalline substance, inert chemically, frozen as it were in its structure; and it is commonly used as a preservative. Another way of putting this might be that it mummifies living products and keeps them in suspended animation for some future consumption. The looking back of Lot’s wife, then, represents that refusal to live in the present, to hanker for the past, to stay fixed emotionally and spiritually, and to not allow life to flow and change, but to be permanently stuck in what one perceives as the safety of what one already has.

This desire for safety, for the comforts of what one has had, is a sort of leitmotif in the history of Israel. Two examples might be these: A few centuries later, it emerges at a critical juncture when Moses and Aaron (Numbers, chapter 14) are threatened (with death by stoning) by the people who think it better to go back to slavery in Egypt rather than go forward to the great destiny that God has promised them.

We remember that manna itself was the daily bread of the Israelites, not some product to be stored; if stored beyond a day, it rotted and stank (Exodus, chapter 16). And in the New Testament there is one mention of Lot’s wife in Luke, chapter 17. Ominously, this is Jesus warning his disciples that the end times will come suddenly, unexpectedly, and that turning back as Lot’s wife did will be fatal. Interestingly, Jesus explicitly makes the point that those seeking to conserve their belongings or save their lives will lose all. The meaning, then, is clear.

There is a line in Shakespeare’s “Macbeth” where Hecate, patroness of the witches, says: “And you all know, security / Is mortals’ chiefest enemy.” The drive to achieve total security (which is always something we possessed yesterday) means that, in other words, to stay in the past will (future tense) undo us all.

Thus now, as COVID-19 unwinds, it is important that we all don’t look back too much. Yes, we have had some good experiences, good things have happened (as well as bad), and there have been achievements of which the human race might be proud. But in going forward we need to have a future-orientation, an imaginative perspective on what might be. In this way, we must circumvent being living—that is, dead—pillars of salt.