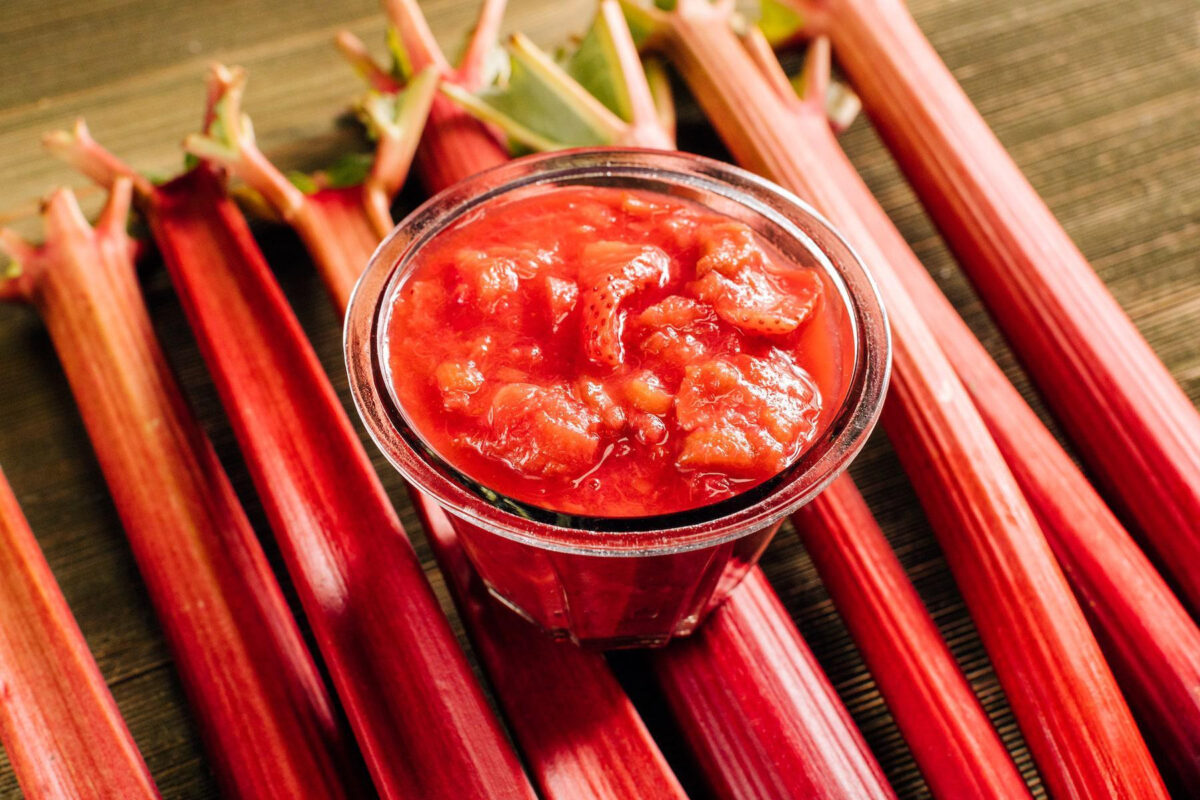 Field-grown rhubarb is at its best from April through June. (Eberly Film Labs / The Daily Meal; Shannon Kinsella/food styling)
Food

Mention rhubarb and one thing springs to mind: dessert. Every year, rhubarb appears everywhere, from pies to jams to chutneys. But what is rhubarb?

What Is Rhubarb and How Does It Taste?

First of all, rhubarb is a vegetable. At first blush, rhubarb is seemingly one of the few vegetables that’s primarily used in sweeter preparations — they don’t call it “pieplant” for nothing. It hails from northern Asia, and its seemingly random relatives include buckwheat and sorrel. Rhubarb has a particularly tart taste, especially when eaten raw, which is why you’ll most often see it cooked with sugar. The sweetness balances out the otherwise unpleasant tart flavor.

How to Shop for Rhubarb

Rhubarb is often sold with most of its leaves trimmed off (if not all), and with good reason: the leaves and roots are full of oxalic acid, which makes them moderately toxic. What remains resembles a bunch of red celery stalks.

When shopping for rhubarb, a good rule of thumb to keep in mind is one pound of rhubarb yields about two cups of cooked rhubarb. And whichever variety is available, the prep remains the same. Older stalks tend to have fibrous strings that need to be removed, which is easily done with a pair of kitchen shears or a paring knife by making a small incision off one end and continuing downward in one smooth stroke.

How to Cook Rhubarb

Rhubarb is most famously used in desserts, whether it’s strawberry rhubarb bread pudding, a rhubarb lattice pie, a compote for an easier-than-pie rhubarb crisp.

But rhubarb is not confined to dessert. It makes for a nice chutney (perhaps to be served with a roast pork tenderloin), goes great with baked chicken wings and turns into an elegant syrup to be mixed into cocktails (like this rhubarb whiskey sour). Rhubarb is often incorporated into recipes after blanching, which softens it up; its flavor profile and texture after cooking make it a good substitute for cooked cranberries.