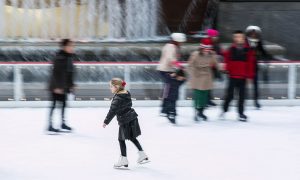 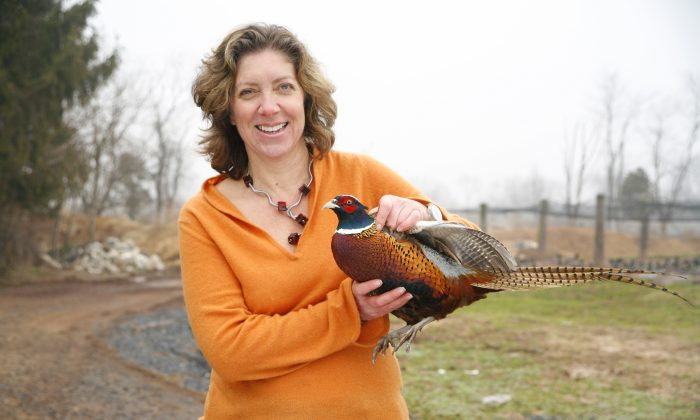 New Year’s Eve at Ariane Daguin’s home is a delicious affair to say the least.

Among her guests this year will be chefs Hélène Darroze (from the eponymous restaurant in Paris, as well as The Connaught in London) and Bernard Liberatore (of the private, members-only Core Club).

Daguin herself is CEO and founder of D’Artagnan, a producer and purveyor of meats, game, and charcuterie. So when you get them all together, they celebrate with “good, simple foods,” she said.

Good and simple, but with a definite touch (or oodles) of luxury: lobster, and from D’Artagnan, foie gras, caviar from the Aquitaine region of France, and fabulously marbled mangalica ham (from a Hungarian breed of woolly pigs with hair so curly they look like sheep, Daguin said).

Armagnac is a brandy made in Gascony, where Daguin hails from. It is distilled from white wine grapes. To accompany the evening’s drinking songs, Daguin will be making a drink called Pousse-Rapière, made with some armagnac, orange, and topped with champagne. “It’s very festive and treacherous,” said Daguin.

The plan is for the children to crash, and the adults to revel all evening. The morning should greet them with a white garlic tourin, a soup that has a reputation for being a miracle cure for hangovers.

“I don’t know if it’s true or not. We exaggerate a lot in Gascony,” Daguin said. But she added that the right elements are there: garlic for digestion, eggs for protein “to resuscitate after a tough night,” and you can use good, restorative chicken stock rather than water. And of course, it could be a miracle cure if you think it is.

On top of that, the soup has a “magic taste.”

Some tips: cook the onions until translucent, not caramelized. The garlic should become soft, but don’t burn it (it’s not an Italian recipe, Daguin said). Then finally don’t skimp on the duck fat: “When you cook onions or garlic, or mushrooms, or potato, duck fat is the best medium … it gives a super taste,” she added.

Preparation:
1. Melt the duck fat in a soup pot and sauté the finely chopped onion.
2. Add the peeled, roughly chopped garlic cloves, and color lightly, being careful not to let them brown.
3. Add 2 quarts of boiling water, thyme, and seasoning, and simmer for 15 to 20 minutes.
4. Beat the whites lightly before adding them to the soup, whisking constantly until they are fully incorporated. Simmer, covered, for 5 minutes.
5. Meanwhile, beat the egg yolks with the vinegar. Just before serving remove the soup from the heat and add the egg yolks again whisking firmly.

To Serve:
Arrange a few slices of bread in the base of a soup tureen that has been warmed (rinsed in very hot water) and pour the tourin over it. Or if preferred, vermicelli may be added just before serving. Scatter freshly chopped curly parsley on the soup and serve.