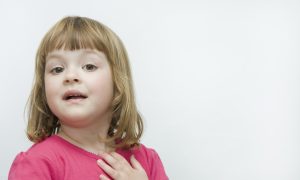 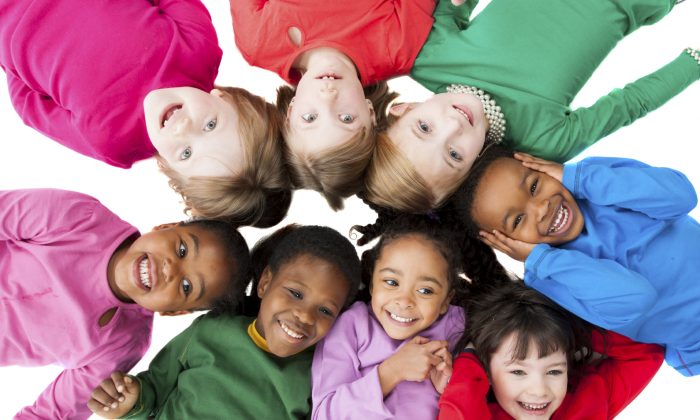 One in 68 kids are diagnosed with autism. Chances are good that some will be in your child's classroom this year. (Christopher Futcher/iStock)
Good to Know

Nine-year-old Audrey loves dancing, singing, and playing outside, but she prefers to play alone. Her mom says talking to people can be difficult for her.

“My daughter’s biggest drawback is communication—it is just really lacking,” said Rebecca Watta-Richardson. “She has the most frustration when there is an issue she can’t get across to me.”

Like many children diagnosed with autism, Audrey was slow to speak. But dietary changes, behavioral therapies, and some serious mommy detective work have made an enormous difference in her development.

However, socializing can still be tricky. Audrey prefers a world more predictable than most people (especially other kids) can provide.

“Computers are her favorite thing because they give you what you expect. If she gives A, she’ll expect B, but people aren’t that way,” said Watta-Richardson.

Chances are good that your child will have a classmate like Audrey. Once considered a rare developmental disorder, autism now affects one out of every 68 children in the United States. Autism diagnoses have skyrocketed over the last 20 years, and the rate continues to climb. According to a 2014 report from the Centers for Disease Control, the number of children on the autistic spectrum has jumped 30 percent from just a few years ago.

Most kids with autism attend public school, but some districts fare better than others with bringing them into the fold.

Audrey was going to the same school district her mother attended as a child. But Watta-Richardson said that class sizes were too large and the resources too few to support Audrey’s basic educational needs.

“The services were lacking to say the least, so I took everything I could pull together to move her to the school district we’re in now,” she said.

Audrey’s new school is dedicated to teaching sensitivity and empathy toward those with disabilities. This includes an annual workshop highlighting the challenges of various disabilities, and a peer-to-peer program where older kids (4th and 5th graders) help children like Audrey with their specific hurdles, such as opening up a conversation.

For most districts, the empathy and awareness programs found at Audrey’s school are still a long way off. But according to Dr. Andrea Witwer, psychologist and program director of the School-Aged Autism and Developmental Clinic at Ohio State’s Nisonger Center, there are still steps parents and educators can take to make for a more welcoming and inclusive environment.

“One of the first things we say to parents and educational teams is that it’s really important to know the individual strengths, weaknesses, and challenges of each kid,” said Witwer. “So if they have really strong visual skills, have pictures or things written out for them so that they can participate in things alongside their classmates.”

It can take kids with autism a long time to learn simple things, and they must work really hard to learn skills that everyone else takes for granted. They may need to have even the most basic concept spelled out in what we might consider excruciating detail.

Children with autism may lack the social graces of their peers, but they may excel in other areas. Some are exceptional Lego builders, for example. Others may be good at math, or know everything there is to know about dinosaurs.

“In a great classroom you’d get a teacher and classmates who know that when they’re going to write about dinosaurs, they’re going to ask the child with autism some questions. That’s a way to draw them in,” said Witwer.

Pairing with a Peer

Experts say both genetics and environment may play a role in what causes autism, but the specifics still remain in a realm of mystery and debate. Part of the reason the number of cases has increased so dramatically is that many different developmental deficiencies are now classified under the autism umbrella.

Some kids diagnosed with autism may seem very aloof, withdrawn, or lack the ability to read basic facial expressions. Others, like Audrey, can be extremely sensitive to another’s pain.

“When she was 3 to 4 years old, if she would hear a baby crying in the grocery store she would be heartbroken. Her face would drop. She would search around wondering how to fix it. You could see the awful reaction on her face. She picks up on all that stuff,” said Watta-Richardson.

Once the class recognizes important characteristics, Witwer recommends pairing the child with autism to another student with complementary skills so that they can support each other.

“When I’ve talked to families who’ve had a lot of success, they’ve found a peer who has taken a real liking to the child and that’s really wonderful,” Witwer said. “They can really blossom in the environment.”

Witwer says that for children who don’t have a developmental disability, working closely with kids who do can be a rewarding experience. It teaches valuable life lessons such as tolerance, patience, and an appreciation for individual differences.

“If we can educate kids on the differences when they’re a lot younger and start a conversation, hopefully we can head off some of that bullying,” Witwer said.

Adjusting to a Different World

The most important thing for teachers and classmates to remember is that people with autism experience the world differently than everyone else. They are very sensitive individuals who require structure and clearly defined boundaries to feel safe. If these conditions are not met, they can be easily startled or overwhelmed. Even something as simple as the bright lights of a classroom may send them over the edge.

“I was reading the book ‘Teaching Autism Acceptance to Kids’ and it said to imagine someone flashing a flashlight in your eyes. That’s kind of how it feels to folks with autism who are just hypersensitive,” Witwer said. “I think that was a great analogy for an individual to feel what it’s like.”

For Audrey, noise can be a profound trigger. She loves music, but unfamiliar sounds or loud noises can cause her to panic. Even the peculiar echo of a public bathroom can lead to a meltdown. On top of this, she often lacks the ability to articulate what’s bothering her, even with her mother.

Watta-Richardson recalled one time one when Audrey was extremely agitated. Nothing seemed to soothe her. “I was practically begging her to tell me what was wrong, through my own tears. I finally said I needed her help, so I could help her to feel better,” she said.

“For some reason that made sense to her. She looked at me, still sobbing, and said, ‘Mommy, I’m lost.’ I swear I felt my heart break and I hugged her tighter, but I knew it was a breakthrough.”

Audrey has since made great strides in regulating her reactions, but some days are harder than others. Her mother knows that these are the times when she needs the most patience and understanding.