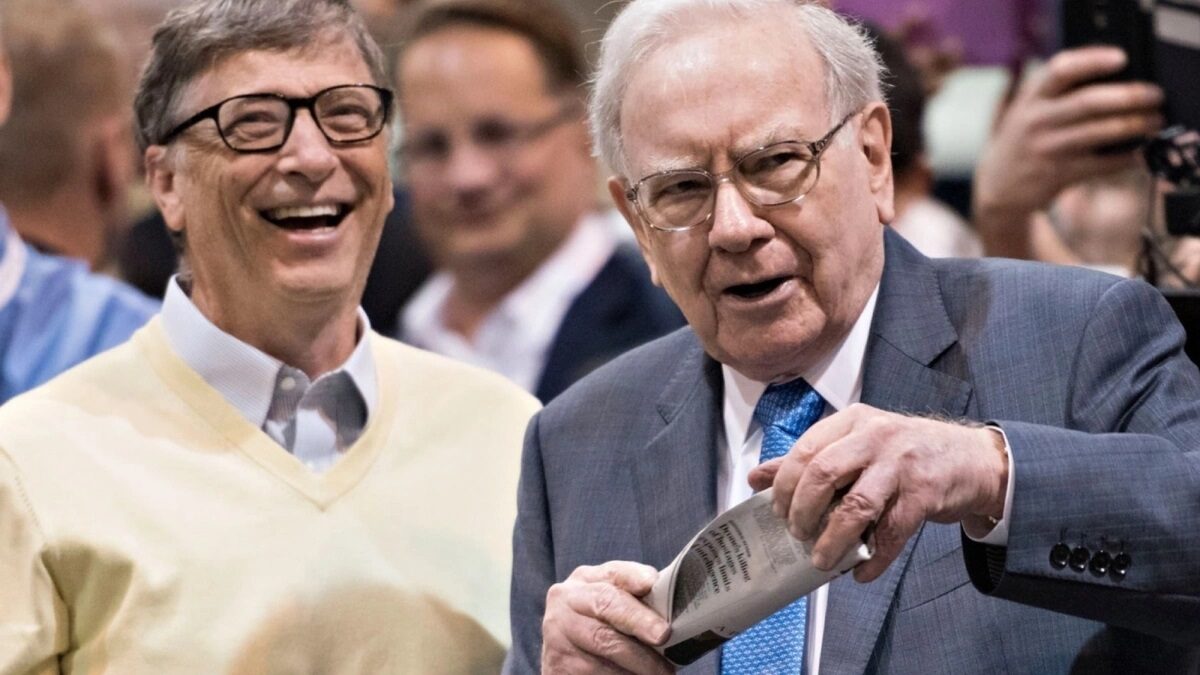 Focus is what Buffett and Gates both feel attributed most to their success. (Bloomberg/Getty Images)
Future Planning

Focus is more than just a buzzword
BY Entrepreneur TIMEJune 28, 2022 PRINT

A documentary, “Becoming Warren Buffett,” covers the billionaire’s journey from an entrepreneurial boy to one of the wealthiest people in the entire world.

The documentary also focuses on his friendship with another of the world’s wealthiest men, Bill Gates. There’s a scene where Buffett and Gates had met early on and were sitting at a table, when they were both asked to write down on a piece of paper the one thing that they each felt attributed most to their success.

Surely enough, Buffett and Gates had written the same word down on their respective papers: focus.

This shouldn’t come as a coincidence. Many of the most highly successful people in the world I have spoken to attribute a singular focus—a commitment to the pursuit of one main goal or arena—to their success.

Do you have what it takes to grow your company for the long term? Read on to find out how to get on the right path from the start.

In fact, it’s how we often determine success. Historically, renaissance men who were well-rounded in a number of pursuits were well-regarded for the breadth of their knowledge and endeavors. Now, we often equate success with being the best or amongst the best in a peer group.

I am the poster child for “do as I say, not as I do,” given my sheer number of current varied pursuits, but early in my career, I made my first million from a very specific focus. Over the past two decades, I have been the most successful when I have been the most focused.

So, how can you stay focused in a world with so many distractions?

Set a Concrete Goal or Focus

When I was in college, accumulating $40,000 in college debt, I set a goal to have a $1 million net worth by age 30. I knew exactly what my goal was. Then, I created a plan of milestones to achieve that goal, and I did not deviate from it until I had reached it.

It’s much easier for you to focus if you set a clear path for yourself up front and stay relentlessly committed to it.

Warren Buffett has had more success as an investor than any other individual in history. Daily, there are recommendations to act a certain way, but Warren says that he doesn’t follow the path or the advice of other investors. He sticks to exactly the types of businesses he understands well and only acts on an investment if he feels there is a need to, which means he has made very few investments or “trades” over the course of his decades-long investment career.

If you know what works for you, you shouldn’t be distracted by what others are doing.

Know the Rules of the Game

Albert Einstein famously said, “You have to learn the rules of the game. And then you have to play better than anyone else.”

These are incredibly powerful words in terms of focus. We are a society of taking action, but part of the focus should not just be doing, but really understanding the parameters of what you need to do, now and in the future.

Buffett spends a significant portion of his time reading and very little time actually taking action. Learning and understanding the upfront and changing parameters of the market in which you are participating will aid your focus in being in the right place.

Use a Litmus Test for Your Time

There are so many distractions and opportunities in life, and you have to constantly ask yourself if you are spending your time on your focus. If you find yourself pulled in different directions, get rid of some of your activities. When you are doing a task, ask yourself if it is in support of your focus. If it’s not, let it go. If it is, make sure there isn’t another activity that would support your focus even more strongly.

You may not end up as wealthy as Warren Buffett or Bill Gates, but having a sincere focus on what you are trying to accomplish—combined with perseverance to stick with it day in and day out—will make for an incredibly successful you.