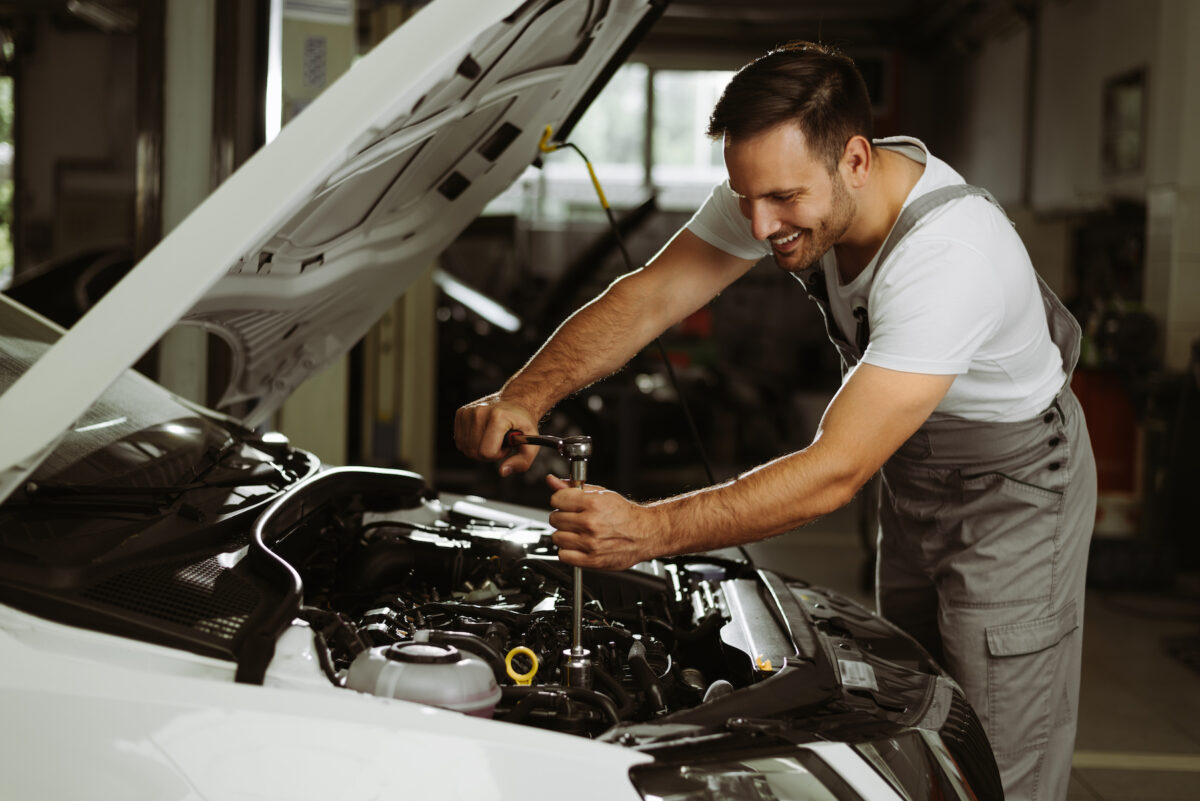 Simple folks—often those working with their hands—possess a humility that allows them to be more open-minded than “experts.” (goksi/Shutterstock)
Family & Education

A friend recently sent me a popular meme called the Pyramid of Intellect. It shows the various academic degrees, starting at the base of the pyramid with a high school diploma and narrowing its way up to a doctorate. But at the very top of the pyramid is a little section that reads, “People who fix their cars after watching DIY videos.”

I laughed at it, but I couldn’t deny that this meme contains a decent amount of truth. Political elites, journalists, and those in the ivory towers are in the headlines, giving the press conferences, and standing in front of millions, looking important, and poised far above the common folk—those who often work with their hands, barely visible as they’re tucked in some little corner of Middle America.

But which of those two groups is the wiser? The simple folk who are in the trenches working with their hands, or those who think they are hot stuff just because they hold an important position in Congress or academia or journalism or the bureaucracy that seems increasingly to be running the country?

For my money, I would say the simple folk.

Is this always the case? No, of course not. But I think it can often be true because of one important quality that these simple folk have: humility.

Simple folk aren’t usually full of themselves. Their humility enables them to listen to other people and ideas, while also opening the door to greater life experience, for those who are humble will be less afraid to get in the trench and try things. If they fail, so what? They are already humble, so they don’t have far to fall—plus, they know they can learn from failure regarding what to avoid or do differently next time.

The humble aren’t condescending or lofty in the way they present their own ideas to the masses; instead, they speak the average Joe’s language while standing shoulder to shoulder with him. This makes the simple, humble people much more relatable—and as a result, their ideas have a chance to be far more influential than those of any proud influencer on some social media platform.

How do we know this is true? Because we’ve seen it play out previously in history. Author Neil Postman elaborates on this idea in his book, “Building a Bridge to the Eighteenth Century.” The success of the American Founders, he implies, wasn’t in their elite superiority, but in the fact that they were average folks doing average things, thinking big thoughts but communicating them in a humble, average, commonplace way to their family, friends, and neighbors. Take Founders such as Thomas Paine, the writer of the Revolution’s influential “Common Sense,” for instance. Postman writes:

“Paine was not, of course, a professional philosopher. He had been a corset-maker in England, and then in America a printer. To write political philosophy did not require, of him or anyone else, the mastery of an arcane, specialized vocabulary. The language of the common person was deemed entirely suitable for the expression of philosophical ideas.”

In other words, the reason the Founders were so successful at getting their ideas to take and spread to the point that an entire nation was established on those ideas is that the Founders themselves often lived humble, unpretentious lives, and they made their ideas accessible to the common man. They were straightforward and courageous, skeptical but clear in their writings, Postman writes.

“If one goes through the list of famous prose writers of the Enlightenment, one finds few who thought of themselves as professional authors; fewer, as philosophers; even fewer who made a living as either. These men were public intellectuals who had something to say to the public—not merely to one another—and who had found a form in which to say it. And that is why the consequences of their writing were so serious.”

There are many people these days who say they want to make a difference in this world. The trouble is, many of them seem to get into politics or build a big platform or do something impressive—and when that happens, they immediately forget the common man, placing themselves above him. In doing so, they lose one of the greatest opportunities for influence they could have had.

There are many of us humble, plain, average folks in Middle America, doing our jobs, feeding our families, and sending our kids to school. We want to make a difference for good, but we look at our humble, simple lives and wonder what we, the average folks of America, can do to put it back on course.

The answer is a whole lot. As the greatest man who ever walked the earth once said, “Whosoever will be chief among you, let him be your servant.” The average man doing average things, thinking great thoughts, and doing it all with an attitude of humility will have a far greater impact on this world for good than any arrogant politician, academic, or journalist can ever hope to have. And it’s those Average Joes that America needs.