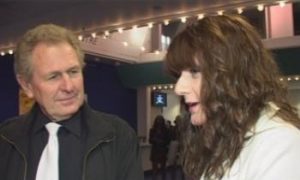 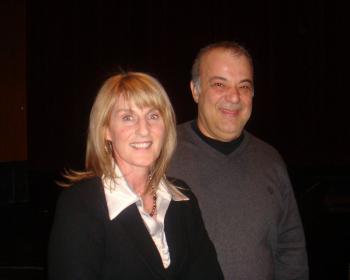 Denise Dallaire, VP of a large logistics and supply chain company, said he chose to sit near the front of Montreal's Place des Arts theatre to be close to the costumes and the orchestra. (The Epoch Times)
Arts & Culture

By Epoch Times Staff
Print
MONTREAL—There is one very simple reason why Denis Dallaire returned to watch Shen Yun Performing Arts again this year: “The music and the dance, both together, that is why we came back.”

Mr. Dallaire, VP of a large logistics and supply chain company, said he chose to sit near the front of Montreal’s Place des Arts theatre to be close to the costumes and the orchestra.

Shen Yun brings traditional Chinese culture to the stage through excellence in classical Chinese dance and music, including vocalists, a live orchestra, and state-of-the-art digital backdrops designed to complement the colours, costumes, and storyline of every performance piece.

“The combination of the dance and the backscreen together gives a feeling like it’s huge, like it encompasses everything,” Mr. Dallaire said during intermission. “It is really fantastic.”

Mr. Dallaire said he appreciated the explanations provided by the hosts, which helped him more comprehensively understand Chinese culture and the historical themes portrayed in the different dances.

The mission of New York-based Shen Yun is to revive the spirit of traditional Chinese culture.

With reporting by Dongyu Teng and Charlotte Cuthbertson.

Shen Yun will perform once more in Montreal’s Place des Arts theatre on Sunday, Jan. 9, at 2 p.m. It will then play in Toronto from Jan. 13 to 16. For more information, please visit ShenYunPerformingArts.org.