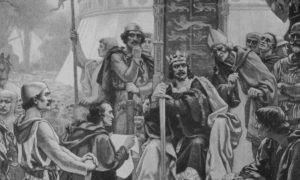 Why the Magna Carta Still Matters
0 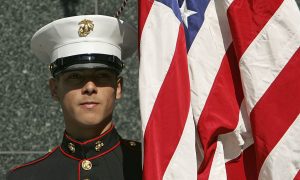 Words to Live by: Adopt a Motto
0 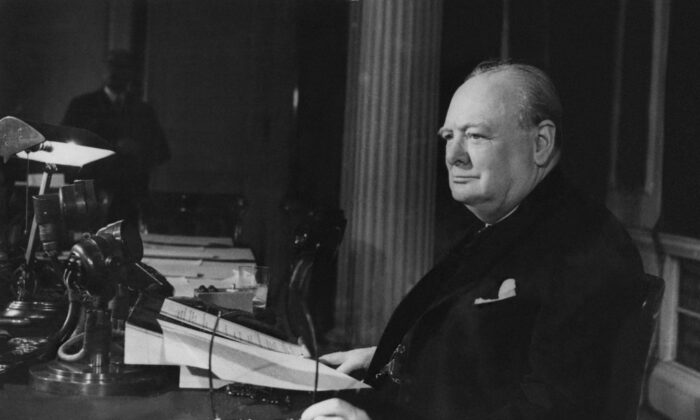 In May of 1940, 80 years ago this month, German tanks and troops were racing through France, defeating French and British forces at every turn. By the end of the month, the Germans had trapped over 400,000 of these soldiers in the port of Dunkirk. In what became known as the Miracle of Dunkirk, nearly 340,000 of these men escaped capture, thanks in part to the hundreds of small privately owned vessels from England that came to their rescue.

Another miracle occurred in that disastrous month.

On May 10, Winston Churchill became prime minister of Great Britain.

‘The Splendid and the Vile’

Over the years, I have read several biographies of Churchill as well as his autobiography “My Early Life.” The William Manchester trilogy, “The Last Lion,” completed by Paul Reid after Manchester’s death, remains my favorite, though Boris Johnson’s “The Churchill Factor” also fascinated me, more because of the insights it provided about the present British prime minister than those about Churchill.

Despite my long interest in Churchill, I doubt whether I would have tackled Erik Larson’s “The Splendid and the Vile: A Saga of Churchill, Family, and Defiance During the Blitz” were it not for a friend’s enthusiasm about the book. We talk frequently by phone, Anne and I, and after she brought up Larson’s biography a third time, I decided to give it a go.

From the opening lines of “The Splendid and the Vile,” we are gripped by the dire circumstances faced by Churchill and his people as they confront the Nazi war machine. By his skillful use of detail—we learn about everything from Churchill’s hatred of whistling to descriptions of the rooms in which he conducted business—Larson breathes life into the figures and events of that desperate time.

A Visit to Churchill’s Classroom

As I read through “The Splendid and the Vile,” and as I recollected my other encounters with Churchill, it occurred to me once again that we, especially our young people, might find in historical figures like Churchill virtues and values worthy of emulation.

We post-moderns (that strange description always jars on the ear) often tear apart such figures, murdering their reputations by dissection, judging them not by their circumstances and culture but by our own often self-righteous chauvinism. Churchill, for example, was and still is attacked as an impetuous man who failed more often than not, a drunkard, a spendthrift, a jingoist, and an old-fashioned believer in empire.

And yet this was the man who rallied Britain and paved the way to finishing off Nazism.

So what might Churchill teach us about leadership and character? Here are just a few lessons, some trivial, some important, he might impart to us.

Look facts in the face. When British Prime Minister Neville Chamberlain returned from Munich in 1938 to announce that he had met with German leaders and had brought back “Peace for our time,” Churchill responded by standing up in the House of Parliament and replying, “I say we have sustained a tragic and unmitigated defeat.” More than any other major political figure on either side of the Atlantic, Churchill had studied the Nazis, knew well their duplicitous nature, and scorned those too ignorant or too fearful to see the truth.

Maintain a sense of joy in living. Churchill earned much of his money by writing articles and books, and in 1953 won the Nobel Prize in Literature for “his mastery of historical and biographical description as well as for brilliant oratory in defending exalted human values.”

But he also laid brick, painted canvases, played polo, and raised a variety of farm animals, and he found pleasure in all these activities. He became engrossed in whatever he did. At one point, he walked into a room where some boys were playing with an electric train, clapped his hands together and boomed, “Oh good! Let’s have a crash!”

Throughout his life, he kept in his heart a child’s sense of wonder.

Love your spouse. For Churchill, Clementine (pronounced Clementeen) was his chief adviser as well as his wife and mother to his children. Their surviving correspondence reveals his deep love for her and his abiding trust in her decision-making. (In that correspondence, he often calls her Cat while she addresses him as Pig, both terms of endearment.)

Be manly enough to shed tears. Churchill was a self-described “blubberer.” Anything might bring on the tears—the sight of a flag, a poem, the bravery of the British people during the Blitz, a motion picture about a dying donkey, the death of a friend or a child. His giving way to the water-and-salt reminds his fellow blubberers, including me, that a man can shed honest tears without shame.

Take the punches. We remember Churchill for his time as prime minister during the war, but we may not know that in other events he was scorned as a failure. He was blamed for the debacle at Gallipoli in World War I. Many politicians and news reporters criticized him for his efforts to keep the British Empire intact. He spent the 1930s “in the wilderness,” isolated politically, in part because his constant warnings about the Nazi threat made him seem a warmonger.

Churchill suffered depression from some of these fights, labeling his dark moods “his black dog.” But he took the hits, shook them off, and continued to fight for what he believed best for Britain.

Be merciful to your enemies. When Neville Chamberlain resigned and Churchill became prime minister, he allowed Chamberlain to remain for a time at 10 Downing St. and even brought him into his cabinet. He treated this man with whom he had often disagreed with dignity and respect.

Fight the good fight and persist in a good cause. Most of us are familiar with Churchill’s wartime speech to the boys of Harrow, his alma mater: “Never give in, never, never, never—never, in nothing, great or small, large or petty—never give in except to convictions of honor and good sense.”

Sometimes the last sentiments of that quotation—“honor and good sense”—are omitted, yet they are wisdom distilled. Battle for your principles, Churchill is telling both those boys and us—but recognize when you have crossed the boundaries of common sense.

There are many other famous men and women who can serve as examples for our young. Moreover, we have around us family and friends who daily live out some of the virtues—that uncle and aunt who adopt six children, that contractor who works six days a week to keep his wife and children fed, that woman who once a week prays outside of an abortion clinic.

When we seek out such exemplary souls and encourage our children to do the same, we add to the storehouse of character and virtue.

Born in an age of horse carts and steam engines, Winston Churchill lived a long and adventure-packed life. His accomplishments, the ways in which he shaped our world, and his failures are too numerous to list here. Below is a timeline of just some of his works and deeds.