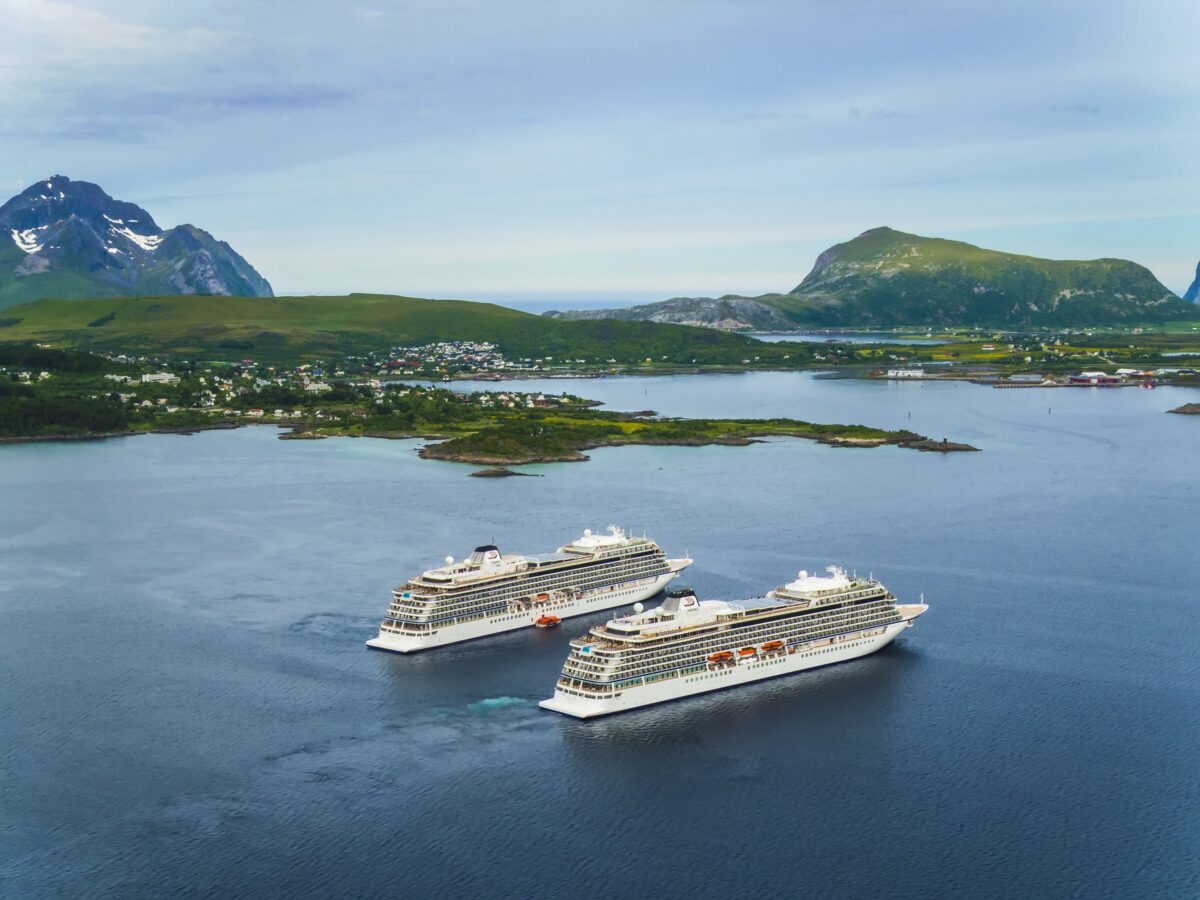 By Donald Wood
From TravelPulse

Viking Ocean Cruises announced the next two ships being added would run on hydrogen and carry more guests than other vessels in the fleet.

According to Cruise Critic, Chairman and Founder Torstein Hagen said the cruise line’s unnamed ocean-going ships will be longer than the existing vessels in the fleet to carry the hydrogen fuel.

The ships will measure 36 feet longer than their fleet mates, bolster no more than 25 additional cabins and limit the overall passenger count to less than 1,000. The vessel will be powered by a hybrid propulsion system based on liquid hydrogen and fuel cells.

Internally dubbed Ship 11 and Ship 12, Hagen said the vessels will be larger, but will feature most of the same elements, designs and options found throughout the cruise line’s fleet.
Hagen revealed the details of the hydrogen-powered ships during a sailing from the Caribbean to New York City onboard Viking Octantis, the cruise line’s first expedition vessel. The new ship is preparing for its upcoming Great Lakes season.

Viking’s eighth, ninth and 10th ships in its fleet — Viking Mars, Viking Neptune and Viking Saturn — are scheduled for delivery by the end of 2023.

Last week, Viking announced it partnered with the University of Cambridge to establish a new professorship aimed at advancing research in the field of polar environmental science.