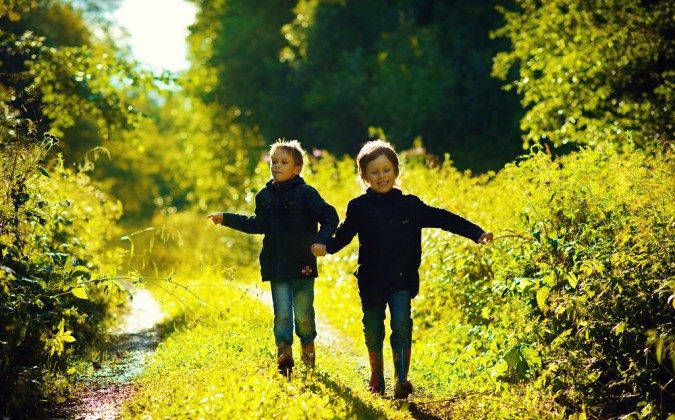 Legend has it that “viking chess,” or Kubb (Swedish for wooden blocks), is a 1,000-year-old game originally played with leftover firewood bits or the bones of viking enemies. It could also be of French origin. Or it could just be a few decades old.

Either way, the game is popular in Sweden and the world over and easy to add to your family hiking or camping outings. You just need a few sticks and knowledge of the basic rules.

For a game of improvised viking chess you need a minimum of two players and a collection of 12 tall sticks, about 10 inches (30 centimeters) each.

Draw up a 15-by-25-foot field (about 5 by 8 meters) in the dirt or otherwise mark your field. Drill one stick in the earth right in the middle (known as the king). Break five sticks in half so you can draw two lines of soldiers (kubbs) spaced evenly in a line at the far sides of the field. Take six sticks (batons) per team to throw at the soldiers.

Watch this video, by Franziska Casanova, to learn the rules: