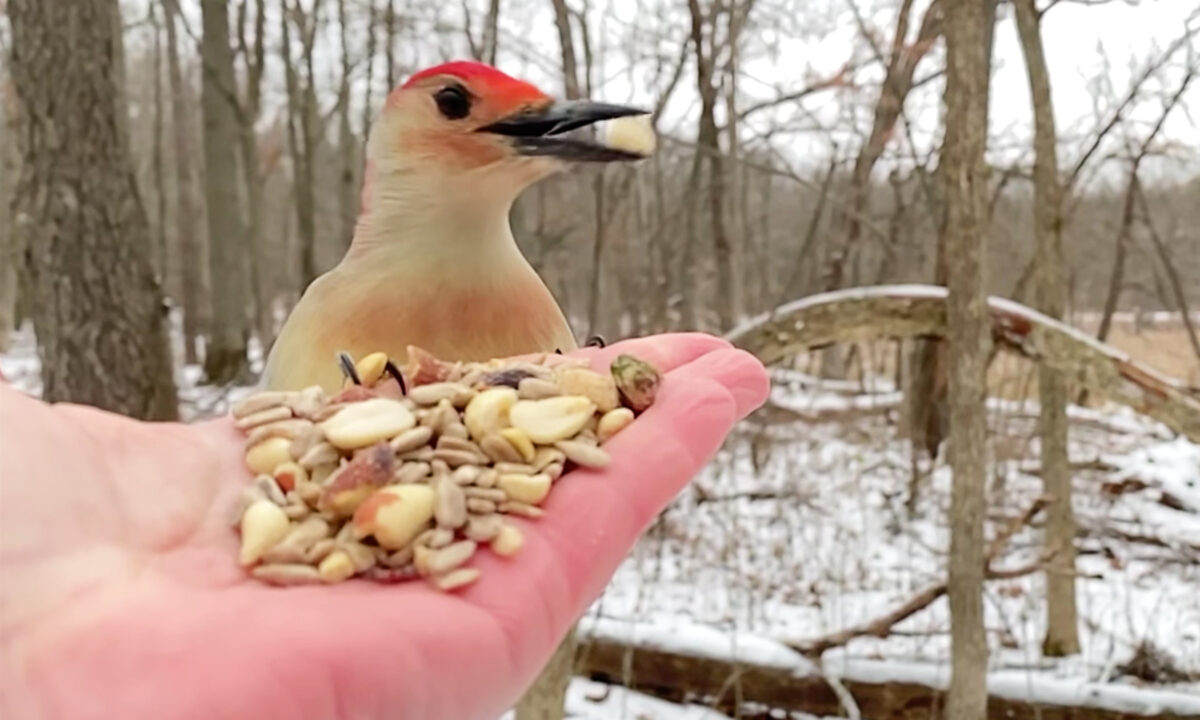 Video: Woman Captures Special Moment She Hand-Fed 2 Red-bellied Woodpeckers One After the Other

A woman from Michigan has captured the rare and special moment she hand-fed two Red-bellied woodpeckers one after the other.

“I was incredibly surprised,” Jocelyn Anderson, a programmer in her forties, told The Epoch Times. “My first thought was ‘oh wow!'”

Anderson, who got into photography a little over five years ago, largely focuses on clicking images of different species of birds. However, she says that if she encounters other wildlife—with deer and mink being common—while she is walking on nature trails, she photographs them too.

“It’s all about what nature will present while I’m out on the trails,” Anderson said.

Anderson, who is originally from California, revealed that she greatly enjoys learning about birds, including their “social structures, beautiful feathers, and all about their different personalities.”

“It’s also nice to just enjoy them by watching them at the feeders or hear them burst into song,” she added.

Anderson, who usually visits Kensington Metropark in Milford, says that people have been hand-feeding birds in that area for decades.

“This tradition has been learned and passed on through the bird generations, so some of the smaller birds are not people (or camera) shy,” she explained. “I always bring food when I visit Kensington, with one exception. The one time I forgot I had a downy woodpecker repeatedly zooming right past my head, trying to get my attention so I could offer her peanuts. I felt bad that I didn’t have any!”

However, she now keeps “birdseed backups” in her car.

As to what she usually feeds them, Anderson said that she finds the most popular mix among birds is peanuts, sunflower seeds, and small suet nuggets.

In December 2021, Anderson got the opportunity to hand-feed two male red-bellied woodpeckers one after the other and capture the incredible moment on a now-viral video that has amassed over 98,000 views and some 7,000 reactions on Facebook.

“Birds are everywhere and birding is something that can connect all of us,” she said.