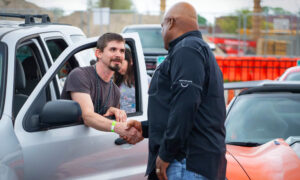 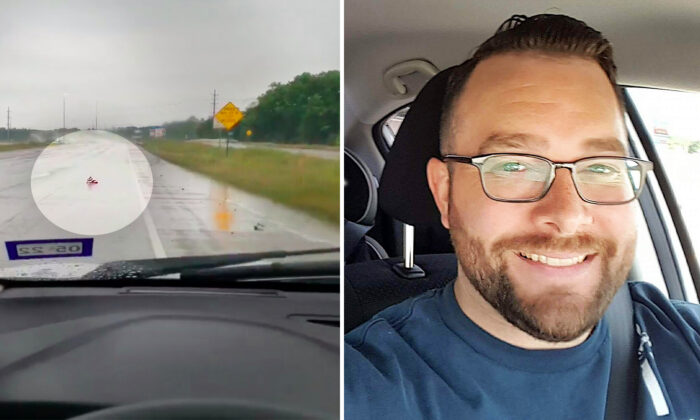 It was raining, and former U.S. Marine Kevin White—driving down Texas Highway 75—spotted what looked like a T-shirt in the middle of the road.

But as White got closer, he saw that the crumpled red, white, and blue fabric was no T-shirt. The soaking-wet heap was clearly a fallen American flag.

It was Memorial Day.

The former Marine circled back with a mind that no flag ought to be desecrated in such a way as being driven over on the highway.

“I’m a Marine Corps veteran, I was like, ‘I’m not going to have the flag just sitting here on the highway,’” the Anna, Texas, resident told CBS.

Luckily, there wasn’t much traffic. Pulling over safely, White got out of his car and rescued the fallen flag, while filming the moment on his cell phone—and later sharing the footage on Facebook.

“It’s a horrible way for the American flag to get treated here on the highway,” he’s heard saying in the video.

Facebook users responded with praise for the veteran’s patriotic act.

“An example of sacrifice for the flag,” one person praised. “Doing what’s right! Remembering you and those who gave for all of us!”

During his time serving, White was an aircraft firefighter and a rescue specialist in Hawaii between 2003 and 2007.

“I had buddies I ended up serving with that didn’t make it back home, and it’s just an emotional day,” he added.