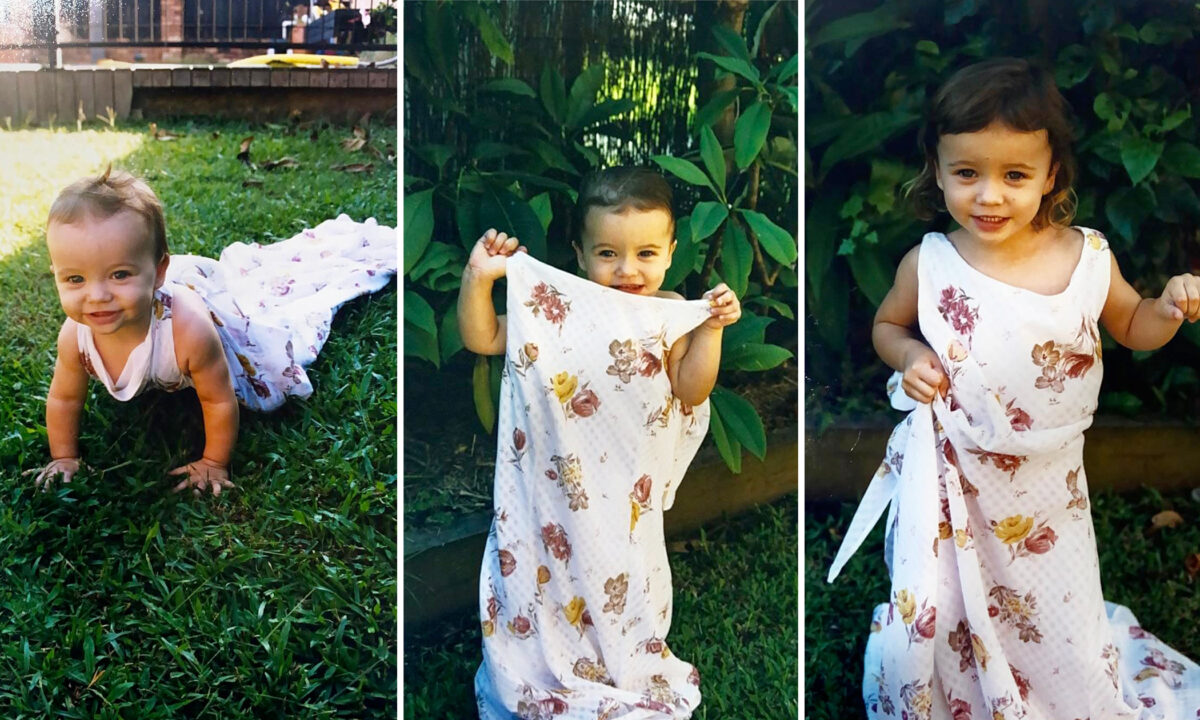 Samantha Schwind was watching The Oprah Winfrey Show back in the 2000s when she saw the story of someone’s daughter being photographed every year in her grandmother’s dress. She liked that story so much that when she had her own baby girl, she decided to do the same: from age 1, all the way to 18.

So, each year on her birthday, Samantha’s daughter, Tia, wore her grandma’s dress, and had her picture taken. After the 18th photo last year, Tia forgot all about the series. Months on, she was flicking through the images and posted them online.

“I was looking through them all and just put them into a TikTok, not really thinking anything about it,” Tia, now 19, told The Epoch Times. Now, the wonderful video montage has had well over a million likes, and thousands of comments.

Tia, who lives in Queensland, Australia, said she always loved wearing her grandma’s clothes when she was little, especially the flowered, vintage dress she slowly grew into as time went by.

And Tia’s grandmother Jacqueline has been completely thrilled by both the picture collection and the video.

“She freaked out when she heard about the video—she was so excited, and absolutely loved it. She watches it nonstop,” Tia said.

Tia, who works in childcare, specializing in trauma, always looked forward to her birthday as a special moment when she would wear the dress again: “It was so cool to see how much I’d changed from the year before; I’ve always really loved doing it.”

That particular dress was perfect, Tia said, because it was the size her grandma was on her wedding day, and would stay that way without alterations until Tia gradually fit it.

“I’m not too sure where she got it from. My grandma got married really, really young,” she said. “So we’ve had the dress forever.”

As is often the case with social media platforms, the response to the video included some spiteful, negative comments alongside the overwhelmingly positive ones.

“I’ve had kind of mixed reviews on it,” she said. “Some people have said really nice things. And then I’ve had a lot of really toxic feedback on it as well.”

While it must be disappointing to see some people being unkind online, the photo collection is a beautiful idea. Will she be doing the same and taking birthday photos of her own daughter in one of her mom’s dresses, or even in the same floral dress, if she’s blessed with a baby girl in the future?

“Yeah, it’s definitely something I’d love to do,” she said. “Because this dress, it’s such a special dress. It’d be so cool to see it carried on. It’s been such a special thing to do every year.”