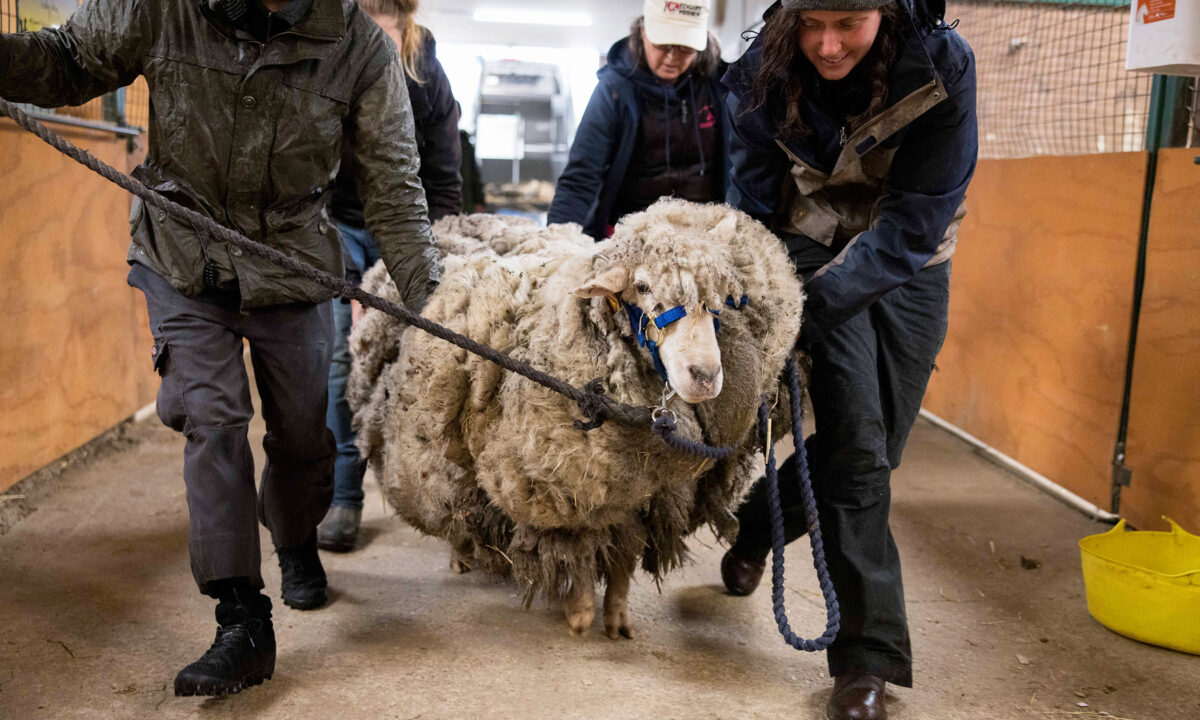 [Video] Lost Sheep Trapped in 57lb Fleece Saved From Death: ‘It Was Indeed the Hardest Rescue’

With its fleece weighing a staggering 57 pounds (26 kg), an abandoned sheep could barely move. As the hapless sheep wandered the Victorian outback of Australia, the parasite-laden wool would have eventually caused overheating and death.

But the miserable existence of the sheep, whom her rescuers named Victoria, ended when she was saved by volunteers from Edgar’s Mission, an animal sanctuary north of Melbourne.

After battling the elements for hours, the group succeeded in bringing her to safety.

When the sheep was first spotted around four years ago by a local named Vicki, it was part of a flock of eight. As time went on, though, it became apparent that the number had dwindled down to just one.

“With her fleece growing longer and longer by the day, I didn’t know how much longer the poor animal would survive,” Vicki said, according to a statement by the sanctuary.

When Edgar’s Mission learned of the situation, their rescue team willingly agreed to step in. The nonprofit organization attempted a rescue in Australia’s scorching summer; it wasn’t an easy task to locate the sheep, who’d gone missing by then.

However, the group of 18 rescuers did not give up, venturing out again in the chilly month of June with renewed determination. The day was bitterly cold, and the mountainous region was battered with wind, rain, and fog, but the team was resolute.

“It was indeed the hardest rescue we have ever undertaken,” Pam Ahern, the sanctuary’s director and founder, said in the statement. “We knew this would be our last chance to catch this poor sheep, so we gave it all we had. Our rescue team of 18 split into several groups, with scouts stationed at strategic points across the rugged terrain.”

Five hours later, the exhausted but joyous team were carrying the sheep down the mountain on a stretcher.

One of the first things to take place when the rescuers reached Edgar’s Mission was for a local shearer to set about tackling the sheep’s dreadfully matted fleece. Full of twigs, feces, and infested with insects, the wool took a whole hour to shear. The relief when it came off must have been immense.

Victoria the sheep is now doing well and enjoying living in the safe haven of the 153-acre sanctuary, which provides lifelong love and care for over 400 rescued animals.

“I am just so proud of our team and their tenacity to bring a good outcome for this abandoned animal. She surely would not have survived another winter with all of that wool burdening her down,” Ahern said.

While wild sheep and certain breeds naturally shed their winter coats by rubbing up against trees, domesticated sheep can’t regulate the growth on their own. If not removed, the wool will continue building up year after year, causing a number of health problems.