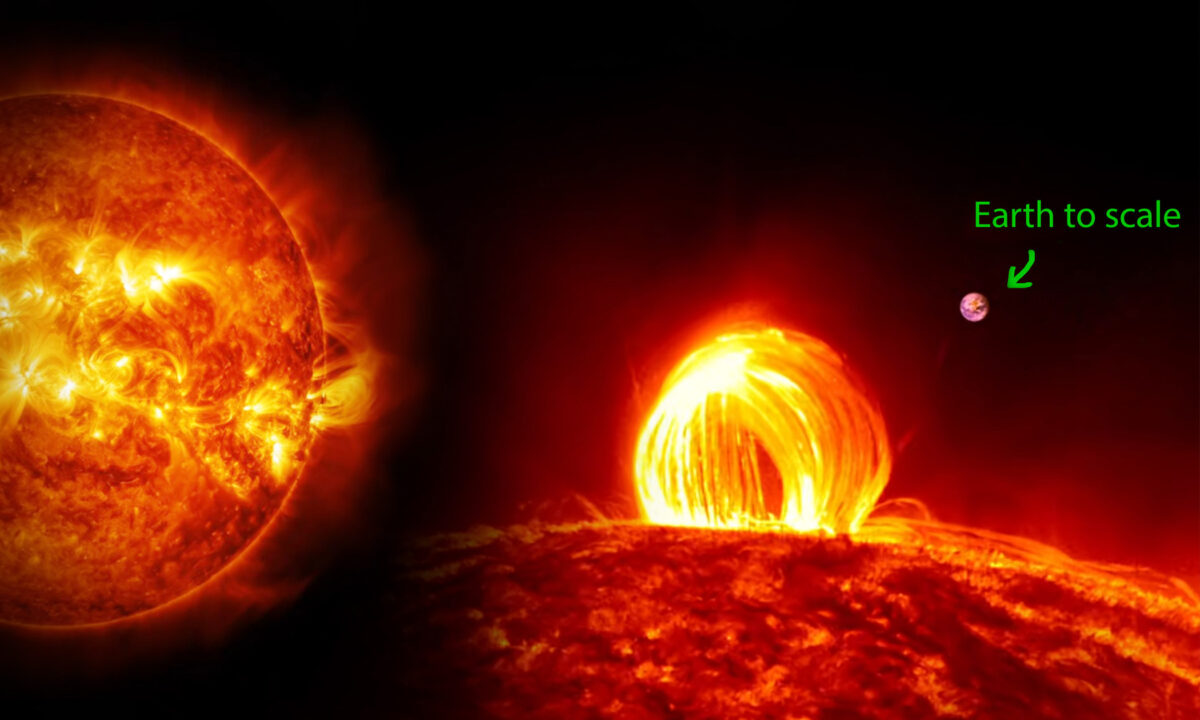 No wonder ancient cultures once worshipped the sun as a god. But while the Greeks once portrayed our closest star as the charioteer Apollo, arcing across the sky, pulled by winged horses, today high-powered telescopes orbiting in the stratosphere capture the sublime sight of our sun in breathtaking detail.

NASA launched the Solar Dynamics Observatory (SDO) in February 2010 on a 10-year mission “Living with a Star” to place an “unblinking eye” in the sky trained on our sun to record in real time light across a range of the electromagnetic spectrum, as well as solar events and phenomena of unimaginable grandeur.

After SDO’s mission concluded in 2020, a huge amount of data had been amassed and was made public on the Space Administration’s website. More recently, digital artist Seán Doran, originally from Belfast now based in London, compiled and remastered a series of spectacular reels from that dataset to produce works of solar video art.

In late 2021, Doran released a 30-day time lapse of the Sun, “One Month of Sun,” remastering extreme ultraviolet light footage captured by the SDO’s Atmospheric Imaging Assembly (AIA)—one of the spacecraft’s three main instruments for capturing different frequencies and solar phenomena. Doran portrays the infernal landscape of the sun, its breathtaking corona, and awe-inspiring solar flares ripping through space in fiery arcs that dwarf our comparatively puny Earth.

It’s all in a month’s work for the celestial giant.

Speaking to The Epoch Times, Doran shared the impetus behind his cosmic, digital endeavor. “I want to elevate the data to a form that makes it accessible and hopefully attract an audience toward the beauty of data collected for science,” he said, adding that he used his expertise in 3D multimedia to provide a “unique extended view of the sun that isn’t dominated by noise, a choppy frame rate, or any other distracting artifacts.”

The SDO’s 10-year expedition bore witness to a number of noteworthy solar events, which Doran depicted. These include a “medium-size” solar flare looping tens of thousands of miles into the sun’s “sky,” then raining down in a fiery shower of plasma lasting several minutes; a colossal filament eruption, ejecting solar material off the sun’s surface into deep space in a blast of unfathomable force; and a “canyon of fire” left behind after one such eruption. (Scroll down to watch these beauties.)

Such events are so significant that they impact the Earth in the form of solar storms, are seen in the skies as enhancements to our Aurora Borealis, and are felt over time in the form of, yes, climate change.

Observing and analyzing such events and their impacts on life on Earth was one of the SDO’s prime objectives. Doran contributes to this cause through his talent by helping the viewer appreciate the wondrous phenomena, publishing all of his videos on YouTube. The titanic scale of what is portrayed—whether it be his “Sun Dance,” “Plasma Rain,” or epic time lapses—is paired contemplatively with an ambient soundtrack by artist Jesse Gallagher.

As of 2020, SDO is expected to remain operational until 2030, so expect more footage soon. But until then …

Here are a few notable solar events captured by NASA’s Solar Dynamics Observatory on its 10-year mission from 2010 to 2020: