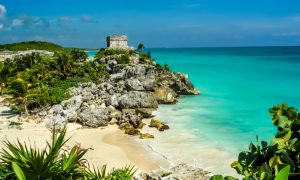 What Does Mexico Have to Offer the Traveler?
0 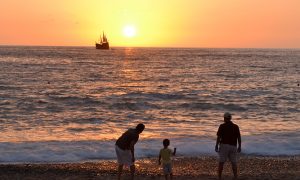 Tips for Family Travel in Mexico
0 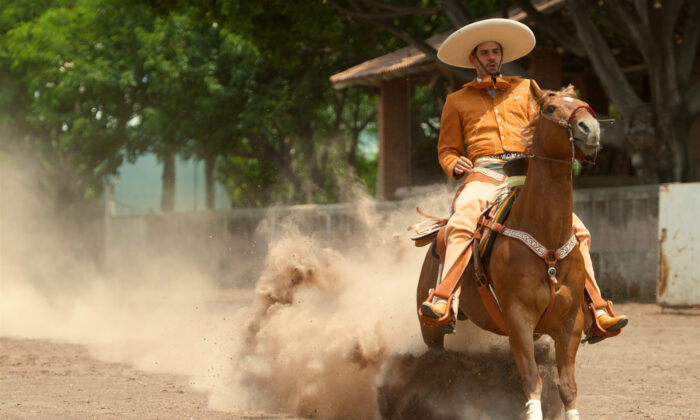 Charrería, or Mexican rodeo, is a UNESCO-designated Intangible Cultural Heritage and way of life in Guadalajara. (Courtesy of Guadalajara Tourism Board)
Destinations

GUADALAJARA, Mexico—Much like our Canadian neighbors to the north, our neighbors to the south are an underrated destination in the American market. Mexico’s culturally rich areas are often passed over in lieu of beachy vacations. But don’t overlook the inland cities and towns. While Mexico City is a lovely destination, the tourism upswing after the 2015 Bond movie “Spectre” leaves it feeling a little, well, touristy.

Guadalajara, with beautiful weather year-round, is a city of plazas, parks, and fountains. The yearly rise in visitors is slow but steady; it’s a “visit now” type of place.

Located in central Mexico, closer to the Pacific coast, Guadalajara is the country’s second-largest city and the state capital of Jalisco. Many of Guadalajara’s prime attractions are within walking distance of the historic city center; charrería (Mexican rodeo) and fútbol are just a short—and inexpensive—Uber ride away.

Nearby towns, such as Tequila and Tlaquepaque, known for their liquors, are must-visits. A common and unmistakable sight and sound around the city is mariachi, which originated in the area. And of course there is the cuisine. Unlike in the border cities of my youth, Guadalajara’s restaurant and street food scene are reason enough to plan a visit. The roots of Guadalajara’s cuisine are firmly planted, and yet cooks are open to bending the rules.

What to See and Do

This UNESCO World Heritage site, dramatically marking the eastern end of the historic center’s Plaza Tapatia, is considered the most important building in the city. The neoclassical structure, with its 23 courtyards, 106 rooms, 78 halls, and two chapels, was founded by Bishop Cabanas as an orphanage and house of mercy for the elderly and homeless.

This gold-hued 18th-century building housed the Mexican government for many years. The outside, dramatically lit at night, is considered military architecture with a baroque façade, while the inside was completed in the colonial style. The Congress Chamber offers well-preserved murals. Views down on the courtyard are stunning.

Hardworking merchants proudly display their goods at this multi-story treasure trove, the largest indoor market in all of Latin America. Categories of merchandise, such as textiles, shoes, embroidery, produce, wood carvings, and even birds, are grouped together. Having so much to take in can be exhausting, but conveniently, there are many places to stop for a sip or a bite. Across the street is the country’s largest jewelry marketplace (Mexico is known for its silver).

This is not simply the country’s national sport; charrería, named a UNESCO “Intangible Cultural Heritage,” is a way of life. It started in the 1500s with herdsmen culture. Standout riders competed between haciendas, but when these started breaking up after the Mexican Revolution, the tradition began to slip away.

In 1920, the Mexican horsemen founded the National Charros Association and kept the rodeo dream alive. Every Sunday, tourists are welcome at the stadium to watch charros compete. To celebrate the 100th anniversary of the association, starting in 2020 and onward, Fridays will include tours and showcases—educational components to complement the Sunday competitions.

Just a 10-minute ride from Guadalajara’s city center, this “Magical Town” serves as a condensed version of the Mexico you probably imagine when you close your eyes—colorful streets, small artisan markets, and plenty of street food. Mariachi performances happen every night in Tlaquepaque. The Magical Towns are an initiative by the country’s tourism office to promote places that—you guessed it—offer a magical experience, be it for their beauty, traditions, folklore, cuisine, or historical relevance.

Either rent a car or take one of the express trains to Tequila, another “Magical Town.” Shortly after leaving Guadalajara proper, admire the blue agave, planted in rows stretching over the rugged, hilly terrain. This region is another UNESCO World Heritage Site, and all the world’s tequila is produced in this region.

Visit a hacienda (Confradia, Cuervo, Herradura, and many others) to see how the “jimadors” harvest the agave and explore the laborious steps involved in making tequila. Or skip a full tour and visit La Cata, where the knowledgeable staff will guide you through 100 percent blue agave selections. La Cata isn’t affiliated or influenced by any of the local haciendas, so it’s a great place to get unbiased opinions. When you’ve had enough tequila, there are plenty of places to grab a bite or shop for local goods while wandering the colorful 18th-century town’s cobblestone streets.

Amanda Burrill sees through an adventurous lens, typically focused on food and travel. Her education includes a bachelor’s in archaeology, a master’s in journalism, a culinary degree from Le Cordon Bleu, and wine and spirits credentials earned while living in Paris. She is a U.S. Navy veteran, Ironman triathlete, mountaineer, and injury connoisseur who ruminates on AmandaBurrill.com

The author was a guest of the Guadalajara Tourism Board.

Where to Stay and Eat

With more than 23,000 hotel rooms in Guadalajara’s metropolitan area, there is no shortage of lodging options, from budget to luxury. I stayed at Hotel 1970 Posada and enjoyed the combination of colonial and modern styles, and the rooftop bar and restaurant JAL by Hueso, helmed by one of Guadalajara’s best-known chefs, “Poncho” Cadena. If you at least swing by for a bite, I recommend the duck barbacoa tacos and margarita auténtico.

The cuisine of Guadalajara deserves its own article. At a minimum, I suggest hitting these spots:

Casa Bariachi: This neighborhood eatery screams “Guadalajara” across the board. It’s not just about the food. Mariachi plays, dancers dance, and the ceiling is covered in brightly colored pennants and piñatas. But back to the food: Guacamole from the molcajete, melty queso panela, and the tamarind-infused margaritas are musts.

Tortas Tono is a must for Guadalajara’s signature torta ahogada, or “drowned sandwich.” The pork (or chicken or shrimp) sandwich, traditionally eaten for breakfast or a lazy weekend brunch, is drenched in a number of sauces and topped with onions and cilantro. Roll up your sleeves and don’t be upset if the sandwich bottoms out. It’s supposed to get nice and soggy.

PalReal, serving breakfast, lunch, and dinner, takes great pride in its selection of Mexican coffees. Try the chilaquiles, strips of fried corn tortillas simmered in salsa and topped with cheese and beans. There’s an option to add an egg on top; you should take it.

Anita Li, a popular lunch spot, serves modern Mexican cuisine in an upbeat, eclectic yet classy atmosphere. Everything was delicious. Try the pulpo (octopus), jicama and tropical tacos and explore the mixology menu. Ask about off-menu specials. For dessert, the vanilla ice cream covered in a mixture of fried coconut and almond slivers will blow your mind.