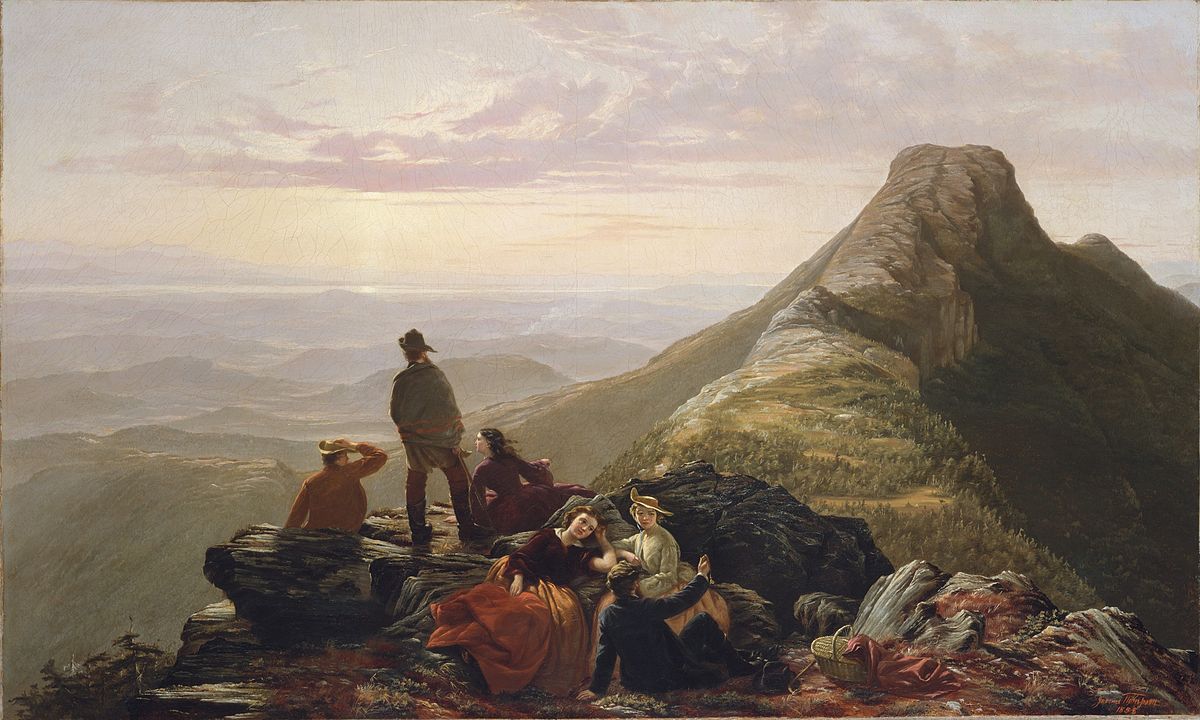 In March of last year I traveled to Vermont, along with 40 other painters, in search of snow. It is an annual pilgrimage made by many painters, led by Stapleton Kearns, T.M. Nicholas, and Eric Tobin. It’s arguably the worst time of year to be in Vermont, with freezing temperatures and icy winds, but who ever said painting was easy? Dressed in my ski clothes, snow boots, and as many layers as I could wear, I entered the harsh and beautiful landscape with my easel.

Vermont is famous for maple syrup, and much of the arable land is filled with maple forests. They’re dense woodland composed of tall skinny trees, with some tapped, their blue veins bleeding sap, which eventually goes to a nearby sugar shack to be boiled down to syrup. The air smells sweet, and the plumes of smoke rising high above the shacks have a distinctly pink hue. A sugar shack, in a maple forest blanketed in snow, appears to be something from a fairy tale.

I’d heard about the painting trip through friends of mine. It was deliberately not a publicized event, unlike the many organized plein air events happening across America today. There are no donors to appease, no name tags, no roll call, just a rendezvous of like-minded artists. There is no coverage of the event, so as not to distort it beyond its original intent. A Facebook page is the primary means of communication among the artists.

The only planning is the daily 8 a.m. meet-up at a local gas station for coffee and doughnuts, and occasional group dinners. If you want to attend, you have to get yourself there, find somewhere to stay, and bring your own art supplies and plenty of warm clothing. As you drive around the town, you inevitably spot painters set up beside the roads, painting the characteristic covered bridges and colorful wooden houses.

Painters have been coming to Vermont for more than 150 years. Jerome Thompson painted “The Belated Party on Mansfield Mountain” in 1858 set on Vermont’s highest peak. The 19th century saw a rise in art colonies all over the world fueled by the Barbizon school as they began to emerge across America. In Old Lyme, Connecticut, Willard Metcalf and Childe Hassam were part of a 200-strong colony drawn to the area for its natural beauty. Rockport, Massachusetts, hosted another colony, and later Santa Fe, New Mexico. There was an upsurge of landscape painters who preferred to work together and bounce ideas off of one another, unlike the studio painters who were often more solitary in their practice.

Rockport soon became known for landscape painting, and increasing numbers of artists began to gravitate there. Among them was Aldro Hibbard, who traveled to Vermont in the winters, and Rockport in the summers to paint coastline. There were a number of artists who lived in Vermont, and so in the 1920s, another colony began to emerge. Among them were Emile Gruppe, Chauncey Ryder, John Carlson, and Thomas Curtin. The group continued to paint there for many years, favoring mountain views and local scenes of logging and maple syrup production in the snow.

The traveling painters would often stay at the Smugglers Notch Inn, still open today, and Carlson would spend the evenings singing at the piano in the lounge. There is a tale of Emile Gruppe, who always wanted to paint with Hibbard. One day Hibbard agreed, and they drove out into the countryside together. Gruppe got out and began to set up his easel, at which point Hibbard drove off saying he’d return before dark. Eventually, Gruppe got so cold he broke into an old schoolhouse to start a fire to stop from freezing. Gruppe would later spend his winters in Florida, and return to Vermont in March, which is why the rendezvous still happens in March. The days in March aren’t too short and there is still a lot of snow, but it isn’t as bitterly cold.

By the 1970s, many of the artists had died, but the tradition continued, and a new generation of artists traveled to Vermont. A few years ago, Kearns, Tobin, and Nicolas, who had always been the youngest painters in their group, found themselves painting alone. They made a conscious effort to revive the tradition and began inviting artists up to Vermont once again. The Jeffersonville Winter Rendezvous Facebook page was created, and the tradition continued.

I asked Kearns about the tradition of painting in Vermont.

“The same thing is true of this kind of painting. My whole career, I’ve been trying to append myself onto the open end of New England painting. There is something that is New England painting; it has moods and ideas that have been handed down. If we aren’t meeting in groups, how are you going to hand them down?”

Many of the artists, including Carlson and Hibbard, would teach during the summer months. Leo Mancini-Hresko is one of the current generation of New England painters who continues this tradition today, teaching at his studio in Waltham, Massachusetts. He travels to Vermont and Rockport a number of times a year to paint the landscapes.

Vermont is a beautiful place. What is so unique about this painting voyage is the sense of community among the painters, which you remind yourself of as you stand deep in snow, trying to ignore the aching cold in your feet. You feel that you are part of a driving force, painting alongside all the painters who stood there before you, and all the painters who will stand there long after you have gone.

Amy Florence is a professional painter based in Florence, Italy. Originally from London, Amy trained as a portrait painter at an atelier in Florence and spends much of her time painting the landscape in Tuscany. She is represented by the Grenning Gallery, in Sag Harbor, N.Y.