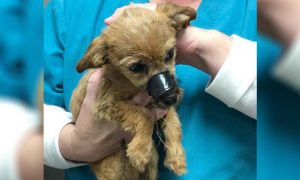 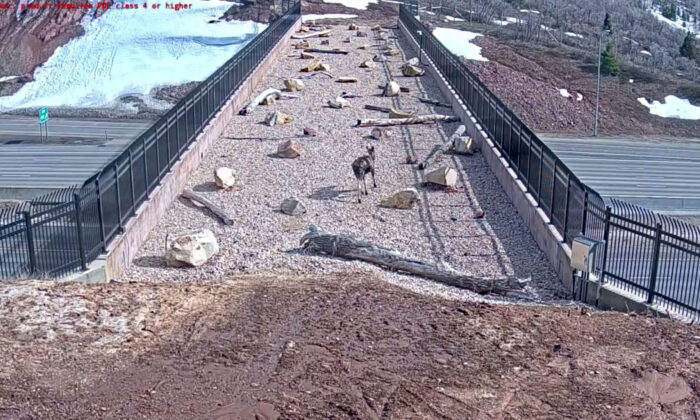 An overpass built to prevent accidents and help wildlife to cross a busy highway safely has been hailed a success two years after completion. The bridge is the first of its kind in Utah.

The Utah Department of Transportation (UDOT), in partnership with the Utah Division of Wildlife Resources (UDWR), erected the $5 million Parleys Canyon Wildlife Overpass in 2018 over Interstate 80, near Salt Lake City.

The 350-foot-long, 50-foot-wide bridge was finished with boulders, rocks, and logs to help it blend in with the natural surroundings. Construction workers also installed 6 miles of fencing to encourage animals to go toward the overpass and not the interstate, reports KCRG.

“It’s a win for both wildlife and people that drive on the road,” said UDOT Public Information Officer John Gleason.

UDOT data recorded 106 wildlife-vehicle collisions in the Parleys Canyon area preceding the project, according to a news release from February 2019.

UDWR posted time-lapse footage of the project on Facebook on Nov. 19 as evidence of its success. The footage depicts various animals—including deer, elk, porcupines, squirrels, and mountain lions—using the bridge to cross safely without coming into contact with the interstate traffic beneath.

“It’s working!” UDWR stated. “Thanks to the Utah Department of Transportation and Utah State University for monitoring the Parley’s Canyon wildlife overpass this year.”

“Please keep off of this overpass. Thanks!” they added, reiterating that the bridge is not for human use.

“The wildlife bridge is so important to be used solely for wildlife,” Inga Gibson, policy consultant for Save People Save Wildlife, explained in a UDOT news release.

“If we have people hanging out in that area, it’s going to discourage [animals] from wanting to cross,” Scott Root, UDWR Conservation Outreach manager, reiterated.

As early as June 2019, Gleason predicted the longevous success of the overpass to KSL, saying that the partnership had recorded significant animal traffic already.

“We’re seeing results, and it’s an unexpected success to see results this early,” he said. “We thought it would take potentially years for the wildlife to be familiar and to start using this bridge.”