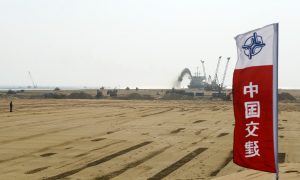 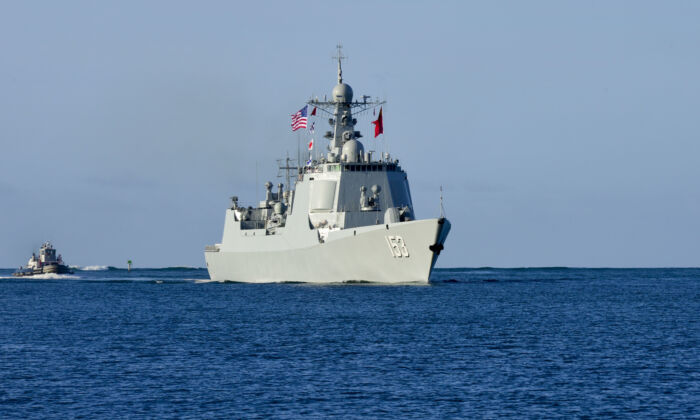 Amidst Beijing’s ever-increasing military aggression, the United States has disinvited China from participating in an annual U.S.-led international military exercise scheduled to take place next month in the Pacific Ocean. The move is said to be in response to Beijing’s recent escalation of the militarization of islands in the South China Sea, which has been well-documented by international reports.

The “Rim of the Pacific Exercise,” known as RIMPAC, involves 27 nations and is the world’s largest international maritime warfare exercise. The annual exercise is hosted by the United States and takes place around Pearl Harbor, Hawaii, where the U.S. Navy’s Pacific Fleet is headquartered.

The People’s Liberation Army Navy’s (PLAN) participation in the RIMPAC since 2014 has been a contentious issue as critics of Beijing have argued that Washington should not accommodate a rival power that consistently commits aggression and is actively undermining the U.S. position in the Pacific region.

“China’s continued militarization of disputed features in the South China Sea only serves to raise tensions and destabilize the region,” said Department of Defense spokesman Lieutenant Colonel Christopher Logan. “As an initial response to China’s continued militarization of the South China Sea we have disinvited the PLA Navy from the 2018 Rim of the Pacific (RIMPAC) Exercise. China’s behavior is inconsistent with the principles and purposes of the RIMPAC exercise.”

The Pentagon says it has evidence that the Chinese regime has deployed anti-ship missiles, surface-to-air missile (SAM) systems, and electronic jammers to contested features in the Spratly Islands region of the South China Sea. The PLA’s landing of bomber aircraft at Woody Island has also raised tensions.

The Pentagon’s assertion would be consistent with numerous recent reports, such as one by CNBC in early May that documented Chinese missiles being deployed on Fiery Cross Reef, Subi Reef, and Mischief Reef, three of the contested features in the Spratly Islands.

Another report was published by Fox News on May 23 citing images taken by commercial satellites as evidence that Beijing is beefing up military operations on Woody Island, the largest of the Paracel Islands in the South China Sea, which is further north of the Spratly Islands and closer to China’s mainland. Hours after the Fox report was published, the Pentagon a issued statement disinviting China from this year’s RIMPAC exercise.

Quoting ImageSat International, the Fox report says that China may be deploying HQ-9 surface-to-air missiles on Woody Island, although camouflage nets made it hard to confirm their presence. A HQ-9 has a range of 125 miles, and was deployed briefly on the island in 2016.

This would not be the first time the United States disinvited a foreign nation from RIMPAC to express disapproval of its behavior. Russia was disinvited in 2014 after Moscow’s incursion into Ukraine that year.

“We have called on China to remove the military systems immediately and to reverse course on the militarization of disputed South China Sea features,” the Pentagon statement says, citing the fact that Chinese leader Xi Jinping has promised the United States and the world the regime would not militarize the Spratly Islands.

Pentagon’s decision was immediately hailed by many who have long been critical of China’s inclusion in the RIMPAC. Among those who praised the decision is Jim Fanell, a retired U.S. Navy Captain and former military intelligence officer who testified at House Permanent Select Committee on Intelligence last week blasting China’s aggressive expansion while calling for tougher U.S. posture against Beijing.

“Since 2012 the PRC has made a mockery of international norms, by illegally seizing Scarborough Shoal from the Republic of the Philippines, by illegally building seven new artificial islands in the South China Sea,” said Fanell, “This decision to disinvite the PLA Navy from participating in RIMPAC 2018 sends a clear signal that the U.S. will not reward bad behavior by the PRC in the maritime domain with the privilege of participating in this premier naval exercise.”

Fanell also warned U.S. naval leadership to remain on guard as it is highly likely that Beijing will dispatch another PLA Navy intelligence collection ship to the RIMPAC exercise area just as they did in 2012 and 2014.

China’s maritime claims in the South China Sea, based on the “Nine-Dash Line” that was drawn to reflect China’s interpretation of historical rights, have long been disputed by most of the neighboring countries in the region.

Over the last decade the Chinese regime intensified building artificial islands and putting military bases around Scarborough Shoal and other disputed features in the South China Sea. The Philippines brought the case to the Permanent Court of Arbitration in the Hague in 2013 to challenge China’s claims.

In the resulting case, known as the South China Sea Arbitration, the court ruled in July 2016 decisively in the Philippines’ favor. In response, China vehemently criticized the court and refused to accept its ruling.

By Professor Peter Navarro Navarro currently serves as assistant to the President, Director of Trade and Industrial Policy, Director of the White House National Trade Council