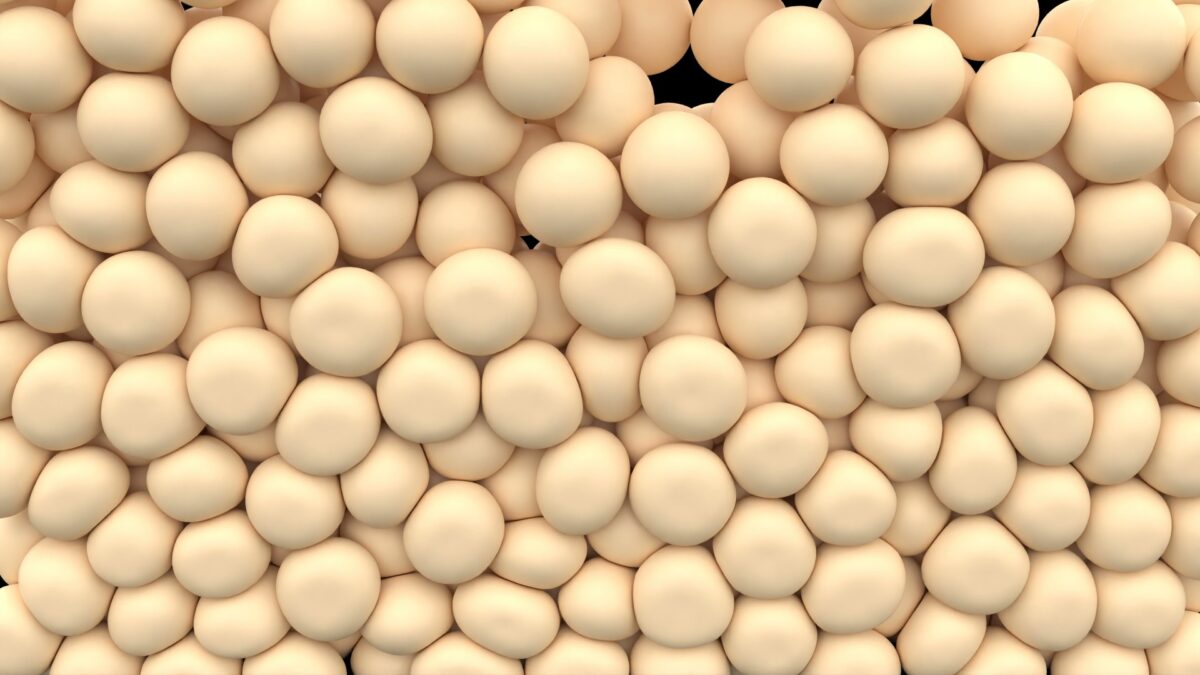 The human body is an undisputed miracle, but it’s easy to forget when you just focus on its flaws. One particular imperfection some obsess about is known as cellulite.

Cellulite is basically fat with a lumpy texture. It mainly impacts women, but a few men get it too. For women it’s incredibly common. Between 85 and 98 percent of women are expected to develop cellulite at some point in their lives, yet for many it can breed shame, self-consciousness, and disgust. Excess body fat on its own is a source of disappointment and frustration. The popcorn-like terrain of cellulite shines a spotlight on these feelings.

Some argue that our hatred of cellulite is merely the product of modern beauty standards. This lumpy fat phenomenon has been around forever, but it didn’t used to be such a big deal. Check out the fleshy figures in paintings by Peter Paul Rubens for example, and you can see ample 17th century evidence of this tell-tale texture in all its rippled glory. However, back in those days, there wasn’t even a word for cellulite, much less was it a cause for concern.

The concept and scrutiny of cellulite was something born in the 20th century, but its original story starts a bit earlier. The word, first found in a French medical dictionary published in 1873, actually had nothing to do with the dimpled flesh we know today. Instead, it was used to describe the painful, inflamed tissue that results from the bacterial skin condition known as cellulitis.

Somehow, the word got hijacked and came to signify textured fat rather than cellulitis and has signified a physical defect ever since. Starting in the 1930s, French beauty magazines began highlighting cellulite as a “feminine problem,” that resulted from a build-up of toxins in the fat. This scourge was first popularized in the United States via Vogue magazine in their 1968 article “Cellulite: The New Word for Fat You Couldn’t Lose Before.” The article explores one young woman’s struggle to rid herself of this curd-like menace.

In the wake of such editorials has followed a stream of creams and procedures that all claim to smooth out the lumps. However, they typically fail on their promise. The U.S. Federal Trade Commission has to periodically file class action lawsuits against companies that promote anti-cellulite products due to unsubstantiated claims. More invasive procedures aimed at curing cellulite, such as liposuction and silicon injections, have often been shown to deepen the dimpling rather than erase it, and even cause more serious problems.

Although it was once promoted as a kind of disease, doctors today generally deem cellulite more of an aesthetic concern. Decades ago, scientists exposed the marketing and misinformation that hung over this natural feature of female fat. In a 1978 study in the Journal of Dermatologic Surgery and Oncology titled “So-Called Cellulite: An Invented Disease,” researchers write that physicians are obligated ‘to teach the fact that so-called cellulite is not a disease, but is the result of the sex-typical structure of the skin of women and a natural consequence of aging.”

Even if it’s not a disease, you may still not like how it looks. But consider that fixing cellulite is likely a lost cause. Both cosmetic and medical treatments aimed at improving cellulite have been shown to be bonafide failures. A 2004 review of cellulite-based literature that examined physiology and treatment of the condition concluded that “There are no truly effective treatments for cellulite.”

Bulging Through the Net

So, what is cellulite? Why is it fundamentally female, and how does it make its way on to your body?

First, it’s an issue of fat. Because women’s bodies are made to develop and feed children, females generally carry 10 to 15 percent more fat than men. And cellulite typically appears where women accumulate fat (buttocks and thighs) although it can sometimes appear on bellies and upper arms. More fat means more opportunity for cellulite to form.

Hormones play a role too. Estrogen, the primary female hormone, has been shown to be a major contributor to cellulite. This notorious orange peel texture will often emerge when a woman takes birth control pills or enters a phase in her life of hormonal change.

Cellulite can appear after puberty, but it tends to favor women over 40. This may be due to hormonal levels, or simply because skin gets looser with age, making the texture below the skin surface more prominent.

Losing fat seems like the most direct way to banish cellulite. However, realize that this texture can also be found on slender women. Experts say it’s not the fat per se that creates the hills and valleys, but the relationship between fat and connective tissue that’s ultimately responsible.

If you were able to peer below the skin, you’d find a net of collagen protein fibers that holds your fat in place. Where pockets of fat bulge through this net, cellulite is born. Men typically have a tighter weave of their collagen net then women. Age, estrogen, and poor muscle tone can weaken the net even further, resulting in more fat seeping through. Some topical treatments for cellulite can help tone this net and reduce the lumpy appearance, but the effect is merely temporary, as the lumps soon return when the treatment stops.

Although there may not be a product that reliably and permanently tightens connective tissue, a change in habits may help. Cigarette smoking, for example, has been shown to weaken collagen and make it sag. One study found that women with a genetic predisposition for cellulite who smoke are more than 13 times more likely to develop moderate to severe cellulite.

[1] Cellulite: a review of its physiology and treatment.

[3] Rexall Sundown to Pay up to $12 Million to Settle Charges Regarding Cellulite Treatment Product.