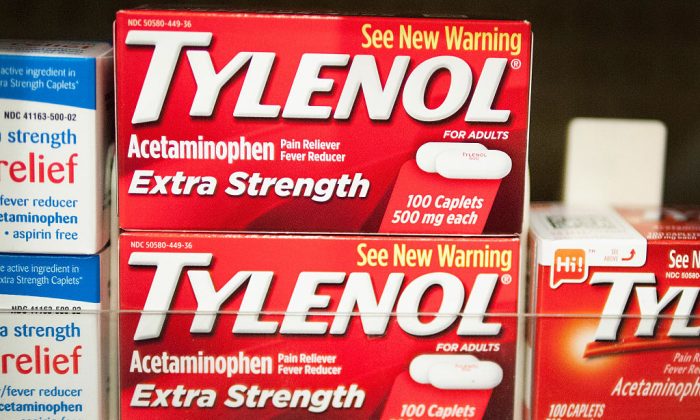 The active ingredient in Tylenol may interfere with people’s ability to detect errors, according to a study conducted by researchers from the University of Toronto and the University of British Columbia, and published in the journal Social Cognitive and Affective Neuroscience.

It’s not the first time acetaminophen (also known as paracetamol) has been linked with cognitive disruption. It is the first time, however, to use brain imaging to examine Tylenol’s effects on error identification and processing.

“The core idea of our study is that we don’t fully understand how acetaminophen affects the brain,” researcher Dan Randles said in a press release. “While there’s been recent behavioural research on the effects of acetaminophen, we wanted to have a sense of what’s happening neurologically.”

The double-blind study was performed on 60 participants, half of whom were assigned to take 1,000 mg of acetaminophen (the maximum recommended dose) and the other half of whom were given a placebo. The participants then took part in a task called Go or No Go, which consisted of watching a screen and pushing a button every time the letter F appeared, but not pushing it when the letter E appeared.

This may have implications for cognitive control in daily life.

“The trick is you’re supposed to move very quickly capturing all the GOs, but hold back when you see a No Go,” Randles said.

While they performed the task, the participants were connected to an electroencephalogram (EEG) to measure their brain activity. Prior research has shown that, when people make errors in a Go or No Go task, their brains respond with strong increases in the wave patterns known as Error Related Negativity (ERN) and Error Related Positivity (Pe).

The researchers found that participants who had taken acetaminophen had significantly less Pe in response to errors than patients in the placebo group. This suggests that they were less aware that they had made a mistake.

“It looks like acetaminophen makes it harder to recognize an error, which may have implications for cognitive control in daily life,” Randles said.

Related Coverage
Your Pain Reliever May Also Be Diminishing Your Joy

A hampered ability to detect errors could have serious everyday consequences. That’s because people spend much of their normal lives on “autopilot,” performing routine tasks without necessarily paying attention to every detail.

“Sometimes you need to interrupt your normal processes or they’ll lead to a mistake, like when you’re talking to a friend while crossing the street, you should still be ready to react to an erratic driver,” Randles said.

“The task we designed is meant to capture that since most of the stimuli were Go, so you end up getting into a routine of automatically hitting the Go button. When you see a No Go, that requires cognitive control because you need to interrupt the process.”

Acetaminophen might also increase the likelihood that the mind will wander — and then make it less likely that the errors this causes will be noticed.

Notably, people in the Tylenol group were also significantly more likely to fail to respond to Go stimuli than people in the placebo group. This suggests that acetaminophen might also increase the likelihood that the mind will wander — and then make it less likely that the errors this causes will be noticed. The researchers are planning further studies to explore this possibility.

“An obvious question is if people aren’t detecting these errors, are they also making errors more often when taking acetaminophen?” Randles said. “This is the first study to address this question, so we need more work and ideally with tasks more closely related to normal daily behaviour.”

Prior studies have also shown that acetaminophen dulls the emotional pain caused by social rejection and also numbs emotional reactions more generally — causing people to respond more neutrally to all kinds of emotional stimulus. It has also been shown to blunt the sense of indignation that underlies moral judgment.