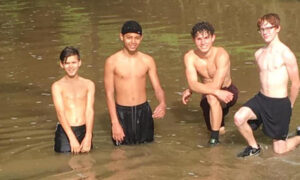 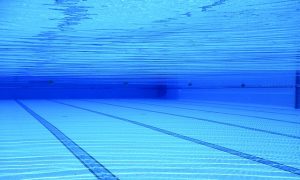 An 8-Year-Old Girl, Her Mother, and Her Grandfather Drown in Their New Home's Swimming Pool
0 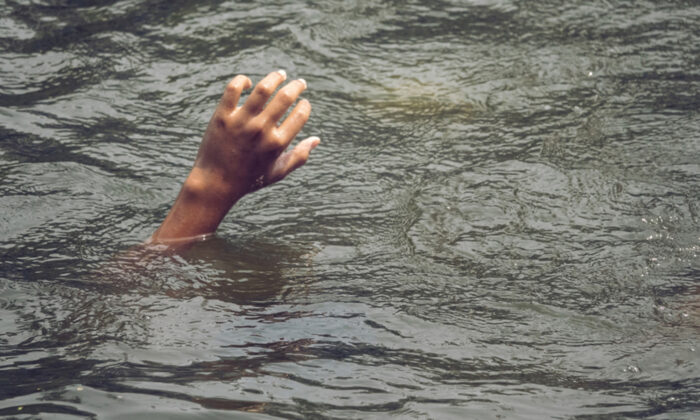 Two teens gave their lives to help save a 5-year-old girl from drowning in the treacherous Trinity River near Moss Hill in South Texas.

The tragedic incident unfolded on Aug. 2, 2020, when the teens saw that the girl’s father was already caught by a fast-moving current while attempting to rescue his daughter. The two teen heroes weren’t found until the next day after a search involving side-scan sonar revealed their bodies at the bottom of a 45-to-50-foot-deep water pool.

Seeing the father and daughter at risk of being pulled under by the swiftly flowing river, teenagers Wilmer Alexi Rodriguez and Jaerson Alvarez, both 18 years old, and Alvarez’s brother-in-law, Osman Ariel Nieto Baua, jumped in to help, reported Bluebonnet News.

While Baua was able to save the girl, the teens were pulled under themselves and drowned. The report stated that Baua, Alvarez, and Rodriguez had come from their homes in Beaumont, Texas, for a day of fishing at the riverside. They heroically jumped in to help out despite the clear danger posed by the rough river conditions.

After the tragic ordeal, the girl’s father, Abel Castellanos, himself barely made it out of the river alive, needing to be transported by critical-care air medical transport to Hermann Memorial Hospital in Houston.

Capt. Ken DeFoor of the Liberty County Sherriff’s Office said in the video by the news outlet that the tragic swimming accident took place at a risky spot on the river underneath the Highway 105 bridge.

“This river, at this location, has claimed many lives over the past years,” Captain DeFoor said. “The river, on the surface, looks very placid, but there is an undercurrent all the time.”

Captain DeFoor said that the river bottom is “extremely irregular” and has other dangers lurking around it like alligators and metal trash.

“You can go from waist-deep water and step off into a hole that is 40-50 feet deep,” the captain said.

And this appears to be what happened to Alvarez, who fell into a deep pit and yelled back to his brother-in-law for help. “He was calling to me, ‘Ariel, help me, help me,’” Baua told the news outlet.

Unfortunately, the rescue of the child had drained Baua of his strength, and he couldn’t rescue Alvarez, he said. The report stated that Rodriguez also tried to rescue his cousin Alvarez, the two worked together as bricklayers in the Beaumont area, before being sucked into the deep water himself.

To add to the tragedy, the young men left behind dependents. Alvarez is survived by a 1-month-old baby girl named Emily.

“[Alvarez] was working hard to go somewhere with his life,” Baua said. Both of the men immigrated to Texas from Honduras and dreamed of becoming American citizens.

The Rodriguez family created a GoFundMe for a “Funeral Fund for the Trinity River Heroes.” Their goal to raise $10,000 to help take their bodies back to their native country for burial was reached almost within a couple of days, demonstrating just how much their sacrificial act meant to the community.

The Sheriff’s Department in Liberty County expressed its hopes that the tragedy would help warn would-be swimmers about the dangers of the spot. The signs posted by the police have often been disregarded or torn down and used for firewood. DeFoor hopes that this time will be different.

“There are alligators, underwater obstructions, trash and metal,” Captain DeFoor said. “It’s not a safe place to swim even though the sandbar looks inviting.”