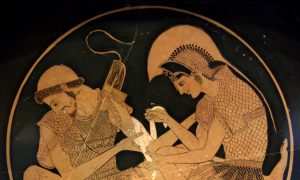 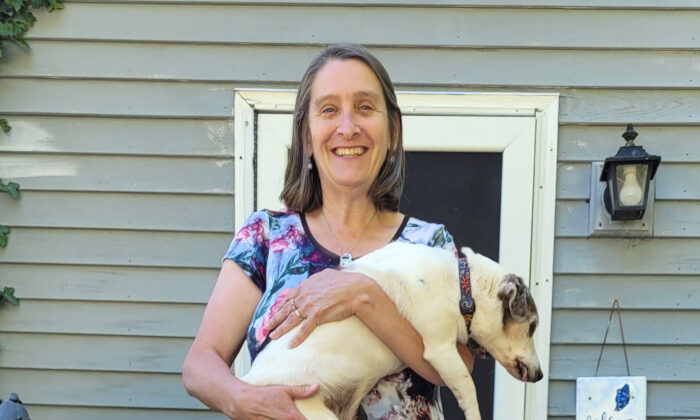 12 Old Dogs and Hugs for Life 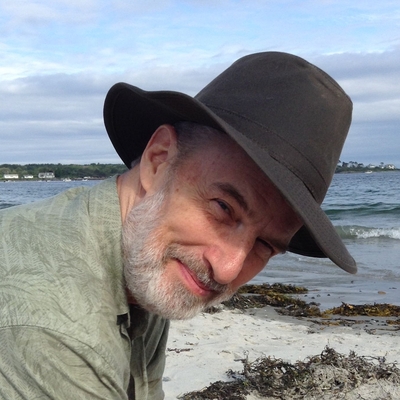 Sally was a Dutch Shepherd dog who arrived at Laurie Dorr’s Finally Home Senior Dog Rescue and Retirement Home in North Yarmouth, Maine, in 2019. Her owner was moving and was unable to keep her. At age 14, Sally would have been destined to live in a cage at a shelter, but the owner found Laurie’s rescue service instead.

Laurie remembers sleeping on the living room couch, with Sally lying on a dog bed next to her, keeping her company for five days until the dog could readjust to her new home. “Sally cried all night because she was away from her owner,” Laurie said. “Sally slept on the floor, right there, and I slept on the couch. I had my arm on her for part of the night. She was very sad.”

Sally passed away a year later, but Laurie helped make her last year a happy one. Finally Home has eight dogs now, most of them between 11  and 14. There are labradors, coonhounds, a diminutive Jack Russel terrier, and even an Australian Shepherd.

Laurie Dorr was raised in Falmouth, Maine, and has had a passionate sympathy for elderly dogs since she was a child. Sometime around the age of 12, she decided that one day she would take care of dogs during the last years of their life—a time when too many of them are abandoned by their owners.

In 2019, she took the leap and started Finally Home from her spacious saltbox house in North Yarmouth. The dogs live in the house and roam freely, from floor to dog bed to couch and then to their fenced-in section of her yard. They even have their own above-ground swimming pool.

Dorr is working hard to raise money to add a new room for the dogs to the house and increase her canine residents to a maximum of 12. She emphasized that she’s not running a typical shelter, where the animals stay in crates most of the time. Finally Home really is their home, and for that reason, she’s limiting the growth of the venture, even though she receives more than 50 requests per year to take in more dogs.

The money that Dorr raises goes entirely to the support of the dogs. She has established a 501(c)3, tax-exempt nonprofit and has gained the support of local banks and individuals. She takes no salary and supports herself as a professional proofreader, with added income from her husband Bob’s position at Bath Iron Works.

Taking care of elderly dogs is an expensive process. Between vet bills, medications, food, and accouterments, Finally Home’s budget is around $12,000 per year. After expanding to 12 dogs, Dorr calculates that expenditures will increase to $20,000 annually. The extra room for the dogs may come at a cost as high as $50,000 due to rising construction costs.

One of her goals is to raise enough money for Finally Home to give grants to owners of elderly dogs so that they can pay for each dog’s medical bills—and allow the owners to keep them. Many dog owners can’t afford the hefty vet bills incurred by older dogs at the end of their lives and are thus forced to take the pets to animal shelters.

In spite of the need for constant fundraising, Dorr is optimistic and intensely grateful for the opportunity to love a dozen old dogs who might otherwise be staring at the inside of a cage. She loves her dogs, and as I watched them greet me at the gate with tails wagging at the sight of the treats in my hand, I could tell that her brood of canines loves her too.

Peter Falkenberg Brown is a writer, author, and public speaker. One of his recent books is titled “Waking Up Dead and Confused Is a Terrible Thing: Stories of Love, Life, Death, and Redemption.” He hosts a video and podcast channel called “Love, Freedom, & the World” at his website PeterFalkenbergBrown.com.

This article was published in American Essence magazine.