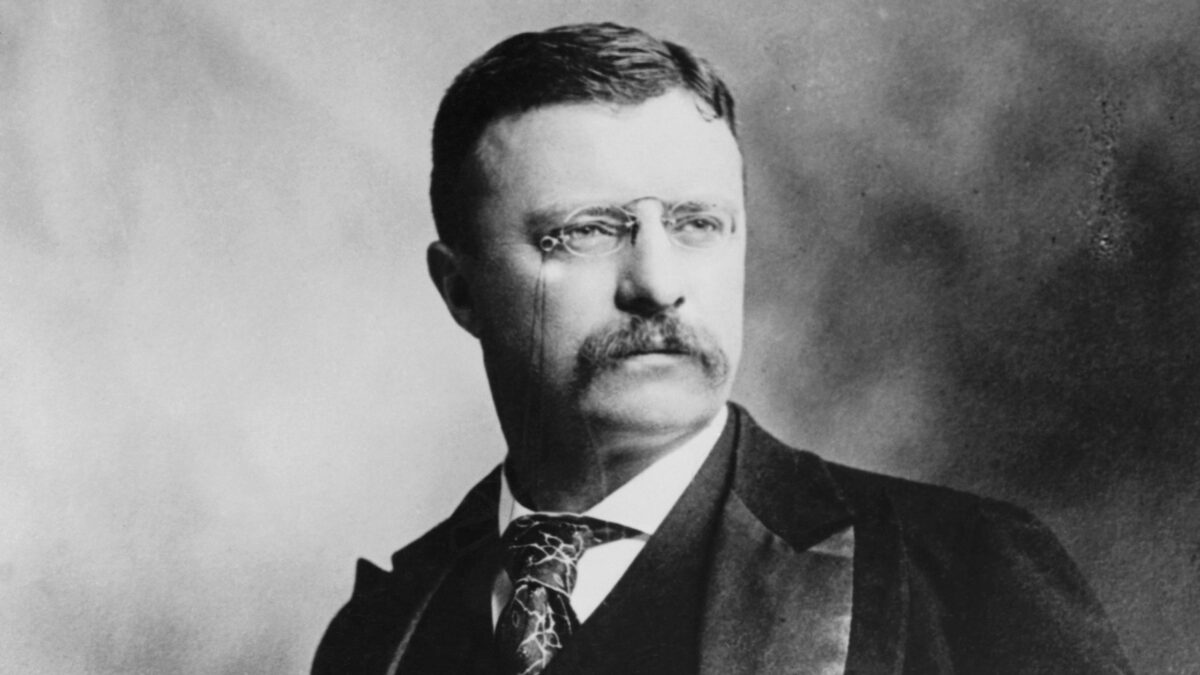 He was a “transformational” president by any progressive measure. Unfortunately, by dividing the Republican opposition, he helped elect Woodrow Wilson (who dramatically turned back the clock for Civil Rights when he segregated the federal government).

In so many ways, Theodore Roosevelt reshaped America, even through his strategic mistakes. There is much then to consider when TR’s life and legacy are chronicled in History Channel’s two-night documentary-special, “Theodore Roosevelt.”

Like History Channel’s “Abraham Lincoln,” “Theodore Roosevelt” is also directed by Malcolm Venville and based on “Leadership: In Turbulent Times,” written by Doris Kearns Goodwin, who again serves as an executive producer and the lead on-camera commentator.

TR’s public life did indeed encompass turbulent years, spanning the Spanish American War and World War I. However, the greatest crisis he faced as president was a coal strike that threatened to hamstring the economy and plunge America’s urban population into freezing temperatures as the winter approached.

“Theodore Roosevelt” also employs dramatic vignettes to illustrate significant episodes from Roosevelt’s life that are similar in style and duration to that of the prior “Lincoln” two-parter.

However, the Roosevelt dramatizations really feel like standard documentary re-enactments, with actors merely standing-in for the figures in TR’s life. In contrast, Graham Sibley’s performance breathed life into Lincoln in a way that transcended the docudrama format.

Regardless, much of what you think you knew about TR is largely correct. He was a sickly child, who built up his once-frail body through sheer determination, eventually becoming quite the outdoorsman.

However, it was the father he idolized, Theodore Roosevelt Sr., who instilled in him a sense of duty and a passion for public service, which eventually spurred him to embrace progressive causes, for the benefit of New York’s growing immigrant underclass. (Ironically, Roosevelt Sr. helped found the American Museum of Natural History, which recently generated debate by removing a statue of TR because the accompanying figures were deemed racially insensitive.)

Goodwin and company largely ignore current controversies (and the unfortunate implications of Wilson’s presidency). However, they duly examine Roosevelt’s record on Civil Rights, mostly giving him mixed grades. Roosevelt gets due credit for hiring increased numbers of black Americans for federal government positions and inviting Booker T. Washington to dine with him at the White House. At the time, their meeting created an uproar (and became the subject of Scott Joplin’s now-lost opera “A Guest of Honor”).

On the other hand, TR is criticized for his subsequent reluctance to push for more significant reforms. Given the current level of national discourse, “Theodore Roosevelt’s” historians are surprisingly even-handed and rational when addressing such topics.

Of course, the talking heads are eager to celebrate TR for his trust-busting and social welfare policies. A great deal of time is devoted to his early progressive years, but the most interesting might be his stint rooting out corruption as New York City’s police commissioner. Once again, his larger-than-life man-of-action persona served him well.

Goodwin et al point to the Coal Strike of 1902 as the pivotal moment in his presidency. It certainly cautions presidents of the perils of ignoring artificial disruptions of the supply chain.

However, the two-parter has relatively little time for Roosevelt’s foreign policy, beyond the Panama Canal, which is largely positioned as an economically motivated endeavor. In fact, there is no mention of the “Roosevelt Corollary” or his Nobel Prize for mediating the end of the Russo-Japanese War, which were kind of big deals.

Starting and ending the two-parter with Roosevelt’s “Man in the Arena” speech is also a bit of an obvious cliché.

Still, the lack of overtly canceling rhetoric in “Theodore Roosevelt” is refreshing. The dearth of partisan political figures is also welcome (but perhaps also telling of the times). It is nice to hear from his great-grandson Tweed, but some New Yorkers might also have wished to hear from Teddy Roosevelt IV, a Vietnam-era Navy SEAL, who shows that service continues to be a tradition in the Roosevelt family.

When watching History Channel’s “Theodore Roosevelt,” you can find episodes and statements to support a wide array of political positions. That means they did a decent job of capturing his complexity.

Still, the “docu” aspects of the docudrama definitely work better than the dramatic segments. Recommended for history buffs (especially those more concerned with domestic policy rather than foreign affairs), “Theodore Roosevelt” premieres on May 30, 2022 on History Channel.

Joe Bendel
Follow
Joe Bendel writes about independent film and lives in New York. To read his most recent articles, visit JBSpins.blogspot.com
SHARE
Friends Read FreeCopyFacebookTweet
You May Also Like