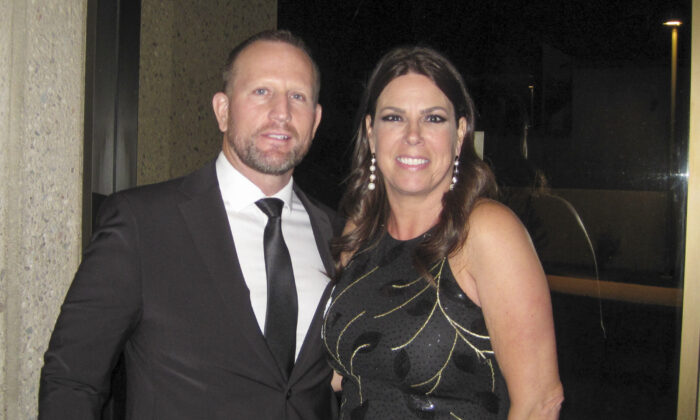 TUCSON, Ariz.—It takes immense courage for someone facing adversity to stand up and defend not only themselves but others as well. Shen Yun Performing Arts is a company that is banned from performing in China because of its large success in raising awareness on the crimes against humanity that the Chinese Communist Party has committed since before it took power in China.

“I think the color and the skills of the dancers are very impressive. I think it’s very courageous and brave for these guys to do that, and I don’t know where they’re from, but if they are Chinese, they sacrifice a lot to be able to do that,” said Daniel Knight, a chiropractor.

While Shen Yun is based in New York, the artists come from around the world, some from China. Mr. Knight noted that the Chinese government has a strong influence around the world, certainly in America as well.

“China has a very powerful reach throughout the world. And we see censorship here in the United States and all around,” he said.

He expressed his hope that Americans can learn from Shen Yun’s performance.

“I hope it has positive change,” he said.

“I would hope people would be enlightened by this and also realize what we have here,” his wife added.

Shen Yun has been able to share traditional Chinese culture around the world—the same culture that the Chinese Communist Party tried to destroy.

“It does make me appreciate living in a free country and being able to have these things, where there is a voice to be able to share,” expressed Mr. Knight.

Shen Yun shares the spiritual belief that everyone on Earth is from the Heavens and that by returning to goodness, we can return to where we came from.

“I love how they believe in a Creator, a higher power. They’re against atheism and things like that,” he said, adding that atheism is what communism promotes.

Thrilled Shen Yun Is in Tucson

Janice and Nate Gardner were also in the audience this evening.

“It’s captivating. I am just in awe. The talent is incredible. And the skill. It’s amazing to me,” said. Ms. Gardner.

As subscribers of The Epoch Times, they were already aware of a lot of the current events in China.

Shen Yun tells moving and hopeful stories of ancient China as well as modern China. Some stories depict practitioners of Falun Gong who are persecuted for their faith.

“I think the message is great. The organ harvesting, I had just heard about that. I didn’t even realize that was happening. It really needs to be put out there. People need to hear about it,” said Ms. Gardner.

Through the story dances, Shen Yun is able to remind people of the benefit of being kind and having community.

“I think the traditional values of helping one another, working together, even though we may fight and argue over things, we can still get along, and we can still help each other when the need is there,” said Mr. Gardner.

Although Shen Yun tours around the world, the company is still expanding so that they can cover more cities and countries.

“I was thrilled that [they] came to Tucson. I didn’t think they’d ever come to Tucson,” said Ms. Gardner. “Sitting there on my phone we got tickets right away.”