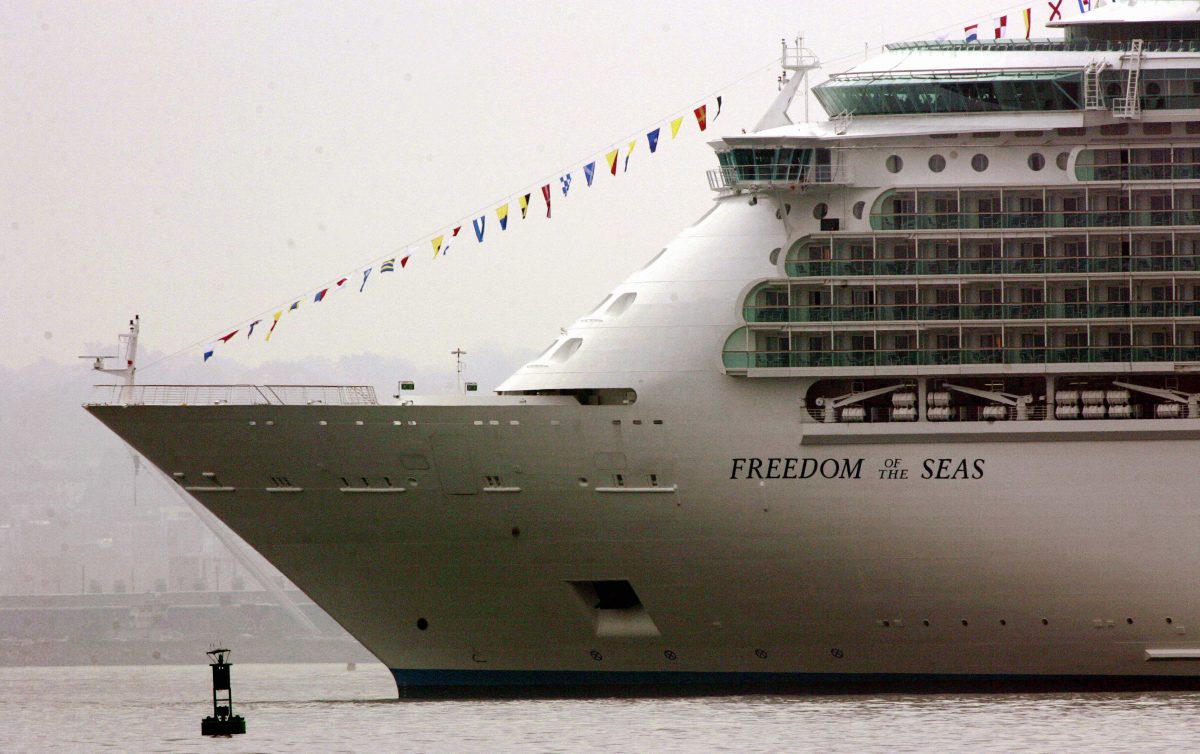 Freedom of the Seas, sits off the shores of Bayonne, New Jersey 12 May, 2006 in New York Harbor. (Don Emmert/AFP/Getty Images)
Travel

A toddler was killed after she slipped out of her grandfather’s hands and fell from the window of a cruise ship to the dock below.

The girl—thought to be aged between one and two—was traveling with her family from America. She fell an estimated 11 stories from the Freedom of the Seas as it was docked in Puerto Rico, according to local reports.

A spokesperson for the Department of Public Security in San Juan, Elmer Roman, said the girl’s grandfather lost his grip while they played, reported Prima Hora.

“It’s a very grave scene, very regrettable and tragic,” Roman told Primera Hora in a video interview on July 7, according to a translation by NBC. “One of the grandfathers, whom it would appear was playing with the little girl, lifted her out of the open window and lost his grip.”

The girl was from Indiana, the spokesperson said, traveling with both sets of grandparents, her parents, a younger brother, and other relatives.

Initial reports indicate that she fell from the balcony, and struck the boat on the way down before landing on the pavement, about 150 feet below on the dock in San Juan.

According to the Daily Mail, the grandfather reportedly slipped and fell while holding the girl.

“I looked because of the mother’s cry. That tonality, a scream of pain of that nature, does not compare with any other scream.”

Freedom of the Seas is one of the largest cruise ships in the world, able to accommodate nearly 5,000 passengers and crew. It is operated by Royal Caribbean.

Corporate Communications Manager for Royal Caribbean Owen Torres, said in an emailed statement, “We are deeply saddened by yesterday’s tragic incident, and our hearts go out to the family. We’ve made our Care Team available to assist the family with any resources they need. Out of respect for their privacy, we do not plan to comment further on the incident.”

Details about the victim have not been released by Royal Caribbean or by the authorities.

When it was launched in 2006, the Freedom of the Seas was the largest cruise ship in the world. It is 209 feet in height, with a total of 19 decks.

Falling off a cruise ship is highly unlikely, but not unheard of. According to the website, Cruise Junkie, 12 people have fallen off cruise ships just this year, while since 2000, over 300 cruise and ferry passengers have gone overboard.

A teenage boy died earlier this year when he fell from the eighth-floor balcony of a Royal Caribbean cruise ship that was docked in Haiti.

The 16-year-old was attempting to go into his room on the Royal Caribbean’s Harmony of the Seas cruise ship via a balcony when he slipped and fell, witnesses told ABC News on Jan. 16.

Simon Veazey
Freelance Reporter
Follow
Simon Veazey is a UK-based journalist who has reported for The Epoch Times since 2006 on various beats, from in-depth coverage of British and European politics to web-based writing on breaking news.
SHARE
Friends Read FreeCopyFacebookTweet
You May Also Like