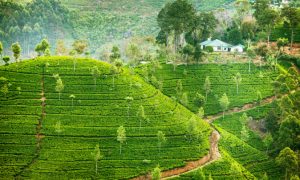 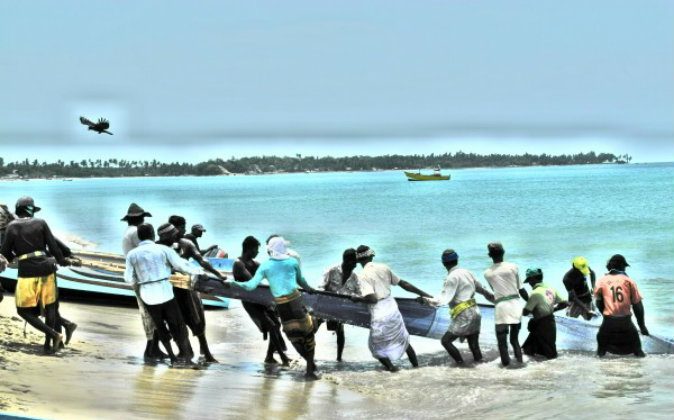 Traditional Net Fishing on the Beaches of Sri Lanka

The rhythmic chanting was matched by the lockstep motion of feet pounding along Upeweli beach outside Trincomallee on the east coast of Sri Lanka. It is a common sight along the coastline of this island nation to see two rows of fisherman laboriously pulling in large nets that are left floating out at sea.

Early in the morning, large nets are pulled out to into the ocean by boats and left to sit there for a few hours as they gather the day’s catch. The boats that pull them out sit at the end of the net and eventually, when the time is right, they stand up and begin waving their shirts or a piece of clothe in the air.

Then the work begins.

The fisherman hanging out in their beach huts come out from the comfort of the shade to the scalding sand and grab hold of the lines that extend out from both sides of the net. Then the pulling begins. They begin marching in lockstep, decades of family knowledge passed down to their skinny legs and scarred hands.

The pulling begins on the edge of the ocean and slowly they march along the scalding surface to the end of the beach. Then the last one in line walks to the front to start the whole process over again.

Slowly, slowly the nets come closer. Eventually, after around an hour the prize also comes closer and the singing and chanting becomes louder and more furious as the two sides cajole each other to keep working.

As the nets get a few meters from shore the yelling reaches a fever pitch as the fishermen run into their sea, yelling with tribal ferocity, to grab their booty.

Nets are pulled onto the sand it is alive with the shakes of unlucky fish and thousands of sardines. They jostle all together too and fro, creating a glowing shimmer on the multi-colored nets.

Crowds gather to the see the haul and women in bright dresses pick up errant fish that have fallen out of the nets. Today, the catch included some small swordfish and a sea turtle, scrambling about in a panic.

The turtle is quickly grabbed by one man and the confused creature is rewarded its freedom.

Copyright © 2015 by Vagabond Journey Travel. This article was written by Lawrence Hamilton and originally published on www.vagabondjourney.com