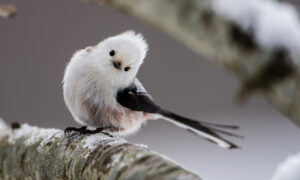 Majestic Birds: Each One Is the Most Beautiful and Cutest of All
0
Share Now
TelegramFacebookTweetEmailTellMeWeReddit
Copy Link 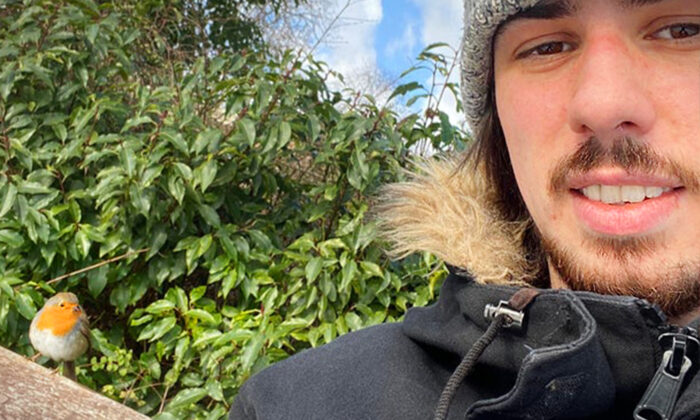 Tiny Robin Meets Health Worker for Lunch Every Single Day for Over a Year: ‘It’s Crackers!’

A health worker has been getting moral support from a feathered friend who comes to visit him for lunch every day outside the hospital where he works. The bright-colored robin first appeared in December 2019, joining him daily on his chosen park bench ever since.

Richard Coates, 25, works for Royal Victoria Infirmary’s critical care unit in Newcastle, England. Before the robin, whom Coates dubbed “Little Dude,” started joining him, he would spend his 20-minute breaks eating alone on the bench in Leazes Park, opposite the hospital.

“It’s absolutely crackers!” Coates exclaimed, as reported by Metro. “He just popped out of the bush behind me and kind of never left! I work three days a week and he comes pretty much every day for breakfast and lunch, but not always at teatime because it gets a bit dark.”

The little songbird, said Coates, flies over as soon as he recognizes his friend. He perches just six inches away, but reserves the right to fly away if anybody else approaches.

Coates works 12-hour shifts at the job he loves, where he has worked for three years. A third-generation healthcare worker, he hopes to qualify as a nurse in the future—Coates’s grandmother worked for the NHS in its infancy, and his mother was a nurse for 30 years.

Amidst the CCP virus pandemic, Coates has found comfort from his feathered friend over the past months.

“It’s peaceful when he pops up, also gives me a break from the hectic life on the unit at the moment,” he explained. “Just a reminder that eventually everything will be okay and back to normality, just going to take some time, that’s all.”

Coates pays forward his moments of peacefulness with Little Dude to his colleagues, who describe him as “a true joy to work with.”

The European robin, Little Dude’s subspecies, is a celebrated songbird associated with Christmas, and the UK’s first official “national bird,” according to the BBC. They are known to be bold, having always lived on the fringes of human settlements.

Besides his own lunch, Coates sometimes brings bird food or dried fruit to work for Little Dude. On occasion, he even offers the robin a sip of his cappuccino.

Early on in their friendship, Coates took a week’s break from work. “I brought my little dude some extra mealworms and nuts,” he shared, posting a video on Reddit. “Going to have to pop up to see him over the next week, for sure.”

“I know he has a family in a tree about 20 or 30 feet away,” Coates said, “as he sometimes picks up some food and goes away to drop it off and then comes back to eat his own!”