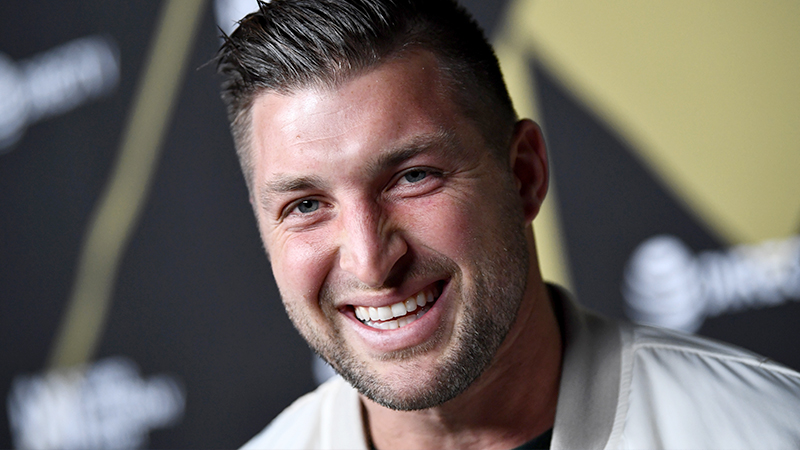 Tim Tebow owes his faith, and arguably his life, to the brave decision of his mother to continue with her pregnancy even though doctors told her not to. Tim is something of a miracle baby: Pam Tebow’s faith in God allowed her the courage to ignore doctors’ advice and bring her healthy son into the world. And her son, as a successful adult, shares her strong Christian faith.

Pam experienced complications during her pregnancy in the Philippines, where she and her husband were working as Christian missionaries, and was advised to have a termination. LifeSiteNews reported that Pam’s baby was even compared to a “tumor” because of the effect of the pregnancy upon her body. But to Pam and her husband, Robert, the choice had already been made: they were keeping the baby.

Pam was aware that the decision put both her and her unborn son’s lives at risk, but she sent a fervent prayer to the god in which she trusted and hoped for a miracle. “We chose to trust God,” Pam said, addressing the crowds at the 23rd annual National Memorial for the Pre-Born and their Mothers and Fathers. “It didn’t seem like a courageous choice,” she continued. “It was the only thing that we knew to do and we wanted to trust God with that little boy we had prayed for.”

Pam’s prayer was clear: “Lord, if you give us a son, we’ll raise him to be a preacher,” she offered. And whilst Timothy Richard Tebow would choose a slightly different profession for himself—the 31-year-old is a 1.91-meter-tall professional baseball outfielder and influential sports personality—Pam is forever thankful that her prayers were answered.

The proud mother is also grateful that she has an “instant testimony” from her own lived experience to bolster her current pro-life activism across the United States.

Tim, ever the dutiful son, has also been spreading the word of God through his charitable “Tim Tebow Foundation” by praising Jesus during media interviews and even on the pitch, and in his engagement to former Miss Universe Demi-Leigh Nel-Peters, another outspoken Christian devotee in the public eye. The pair have found love and shared faith in one another, and Tim’s family couldn’t be happier with his choice of partner.

Tim even shared his own pro-life story in a controversial 30-second commercial during the Super Bowl in 2010. “We told him, if you do this commercial, you know you’ll be persecuted,” Pam recalled. But Tim was adamant: “This is my story,” he asserted, “and I want to share it.”

Tim’s sponsors predictably dropped the player as a result of the controversial campaign, but the Tebow family remains certain that it was worth it.

So does Tim. It’s a “God story,” concluded his loving mother.