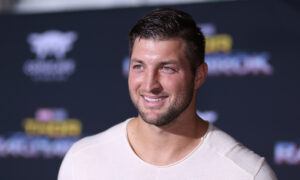 'This Could Be Your Time': Tim Tebow Urges 'Bible Believers' Not to Give Up During Pandemic
0
Share Now
TelegramFacebookTweetEmailTellMeWeReddit
Copy Link 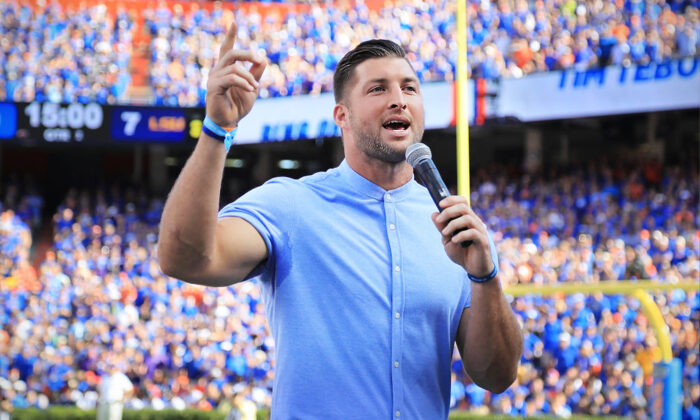 Tim Tebow Advocates Life at March for Life: ‘My Mom Gave Me a Chance, I Now Get to Share My Story’

Christian athlete and activist Tim Tebow spoke out during January’s annual March for Life, crediting his mom’s decision to “give him a chance” for being able to share his story.

As keynote speaker, the former NFL quarterback and current New York Mets minor league outfielder recalled how his mother, Pamela Elaine Tebow, was advised to abort her unborn son, the youngest of five siblings. Instead, she made the decision to proceed with her pregnancy.

It was 1985 when Tebow’s father, a missionary in the Philippines, told his wife that God had “put it in his heart” to have another baby. The couple agreed to pursue a fifth child, but after struggling to conceive, Mrs. Tebow was told her unborn son was “a tumor” that needed to be removed.

“There were so many setbacks and heartaches,” Tebow expressed during his virtual speech on Jan. 29. Yet his mother decided to “trust God,” he said, in the face of medical opinions that not having an abortion could endanger her life.

When it came time to give birth, Mrs. Tebow’s doctor, a specialist with over 35 years’ experience, claimed that her baby’s survival was “the greatest miracle that I have ever seen.”

The baby’s placenta was not attached; the doctor could not fathom how he had gained enough sustenance to survive.

“[T]hat day, I got to meet my mom,” said Tebow, “and I’m so grateful that my mom gave me a chance at life, because many times could she have made the choice to do something different.

“But because of her pro-life story, I now get to share my story,” he concluded.

January 2021’s March for Life was a virtual event, in light of ongoing pandemic restrictions in place in parts of the United States. The annual rally, inaugurated in 1974 in reaction to Roe v. Wade, claims to draw hundreds of thousands of participants every year.

Tebow, keynote speaker and longtime pro-life supporter, added to his anecdote by expressing that faith is more important to him than his athletic resumé.

“You know, I’ve given so much of my life to sports,” said Tebow. “And people might say I was passionate about that, and that’s for trophies that rust and for praise of people that are going to forget your name.

“Does that really matter? I don’t think so,” he said.

The athlete has intimated for many years that he would rather be known for protecting life than winning Super Bowls. At a Kansans for Life rally in February 2020, he said, “One day, when you look back and people are talking about you and they say, ‘Oh my gosh, what are you going to be known for?’” he continued, “Are you going to say, ‘Super Bowl,’ or, ‘We saved a lot of babies?’”