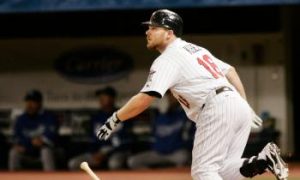 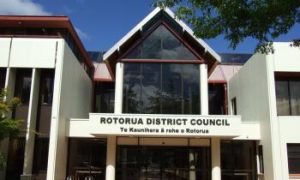 [xtypo_dropcap]T[/xtypo_dropcap]iger’s Curse is Colleen Houck’s debut novel, based on her popular digital success. As a finalist for the 2010 Next Generation Indie Book Award in Young Adult Fiction, she appears headed for great things as an author.

Tiger’s Curse is the first volume in her multi-book series called Tiger Saga. It’s an exciting first volume in an epic fantasy-romance realm that leaves the reader hungry for more. Even though the book is written primarily for young adults, in the same vein as the Twilight saga or even the Harry Potter books—the storyline and characters we meet appeal to all ages. The story has it all—fantasy, romance, mystery and lots of adventure.

The prologue begins over 300 years ago in India and quickly moves into present day and the life of Kelsey Hayes, an 18-year-old who just graduated from high school and is trying to put behind her the tragedy of losing her parents several years before. She is living with foster parents and looking forward to starting college in the fall. But a summer job materializes and suddenly her mundane life and existence is changed dramatically when she starts working for a circus visiting her Oregon town for several weeks.

She is enjoying the circus job, especially working with and feeding the huge, magnificent white tiger that seems oddly out of place in the small circus. She finds herself relating to the huge animal, which she calls Ren, and spends her free time sitting near his cage talking and reading poetry to him. His piercing blue eyes seem to follow her and possess a human presence.

Kelsey is saddened by the tiger’s captivity and hopes to free him. After a few weeks, a mysterious, well-dressed man appears from India and makes a deal with the circus owner to buy the tiger for his wealthy employer who has a game preserve. After talking with Kelsey at length, the man, Mr. Kadam, asks her if she would be willing to travel to India with him and watch over the caged tiger until it reaches its destination.

Kelsey accepts, expecting an exciting trip to a world she had never seen—but she never imagined that she would be spending the rest of the summer trying to break a 300-year-old Indian curse halfway around the world.

The story brings her face-to-face with dark forces, spellbinding magic and mystical worlds where nothing is what it seems. Kelsey works with Mr. Kadam to try and piece together an ancient prophecy that could break the curse forever.

The book begins slowly, but soon sweeps you into a world of adventure and romance. The characters and places you meet are fascinating and hold your attention from start to finish. It’s a magical book and like Kelsey, you’re not sure what is real and what is your imagination.

The Tiger Saga continues in June 2011 with the second book in the series, Tiger’s Quest. A sneak peek of the sequel is given at the end of Tiger’s Curse.