Thunder God Vine Treats Cancer and Joint Pain, but at a High Price 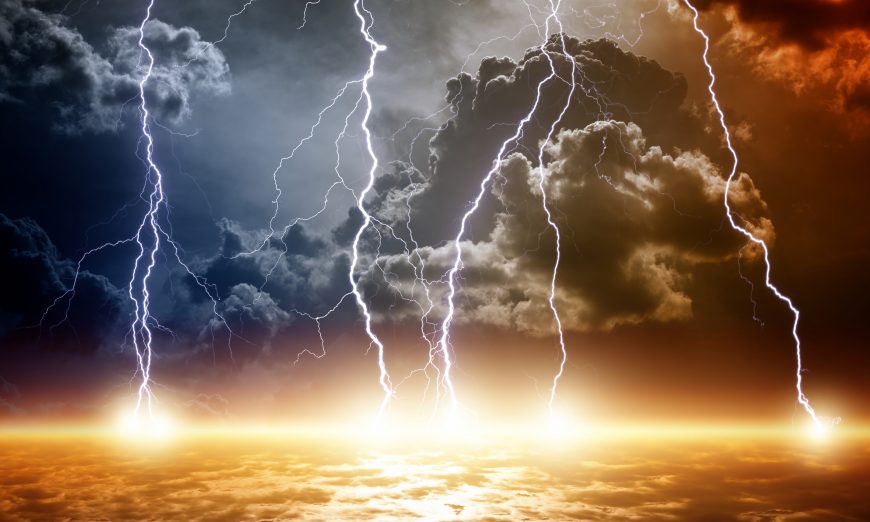 Modern medicine often dismisses the value of herbs in treating illness. But a traditional Chinese herb known as thunder god vine (lei gong teng) is a different story. For decades, researchers have been examining thunder god vine in hopes of turning it into a drug to treat AIDS, psoriasis, cancer, and more.

Thunder god vine is native to China, Burma, Japan, and other East Asian countries. It has been used for at least 400 years to treat joint pain, swellings, and skin problems. It is still used extensively in China to treat arthritis and autoimmune diseases that are conventionally treated with corticosteroid drugs like prednisone, without impacting the adrenal glands.

However, you won’t find this herb in American health food stores. In U.S. acupuncture schools, students learn about dozens of traditional Chinese herbs, but they are rarely, if ever, taught about thunder god vine. There are many other Chinese herbs used to treat arthritis, inflammation, and auto-immune problems, though none of them work quite like thunder god vine.

Thunder god vine’s medicinal virtues come at a price. The whole plant is extremely toxic. The above ground parts (leaves, stems, and flowers) are too poisonous to even contemplate for medicine. Kidney inflammation has occurred in children after eating honey made from bees that took nectar from thunder god vine flowers.

Only the root (which has a lower concentration of the herb’s strong neurotoxin) is used in medicine, and it must undergo a lot of processing before it is remotely safe to take. In traditional preparation, the root is stripped of its poisonous bark, stored for months, and then boiled for hours to reduce its toxicity.

Despite its toxicity, modern researchers believe the herb has real potential as a powerful medicine. Preliminary trials on thunder god vine reveal compounds in the herb that could potentially treat diseases that are difficult to cure. For example, thunder god vine is currently under clinical trial at the National Institute of Health for AIDS treatment.

The herb has an immune-suppressing action that has been used to treat autoimmune diseases (like lupus and multiple sclerosis), and in organ transplant, where the body is naturally inclined to reject the foreign tissue.

The strongest evidence on thunder god vine shows its effectiveness at treating joint pain. One study showed that an extract of the herb was more effective than the drug methotrexate at treating rheumatoid arthritis. However, the most people saw improvement when both the herb and drug were combined.

Unfortunately, thunder god vine trials have also shown a propensity for side effects, such as abdominal cramping, diarrhea, hair loss, and convulsions. Some reactions can be very serious. In a study looking at the herb’s efficacy in treating psoriasis, some experienced acute kidney failure and and suppression of immune cells made in bone marrow. These are reactions to the herb at reasonable doses for a short period of time. High doses have been known to cause coma or even death.

In animal studies, thunder god vine has shown remarkable promise as a treatment for various forms of cancer, but roadblocks remain.

For years, researchers at John Hopkins University School of Medicine have focused their attention on an isolate of thunder god vine known as triptolide. They found that triptolide halts cell growth and fights the multiplication of cancer cells, both in lab-grown cells and in animals with cancer. However, it failed to work well in patients because it kills both healthy tissue as well as tumor cells, and doesn’t mix well with water or blood.

The team’s latest study combines triptolide with glucose—a potentially winning combination because it shows signs of solving previous problems with the drug. A summary of the research was published in the journal Angewandte Chemie and online on Aug. 30, 2016. The discovery is a step forward, but not quite a solution.

“We have a long way to go before we can test this derivative of triptolide in humans, and we think that additional adjustments could improve it even more, but it already has the key characteristics we’ve been looking for: It is quite water soluble, and it prefers cancer cells over healthy cells.” said Dr. Jun O. Liu, professor of pharmacology and molecular sciences at the Johns Hopkins University School of Medicine in a statement.

Although thunder god vine extract is available on the Internet and even in some Asian grocery stores, this herb should be handled with great care. It is best administered by a medical professional who has experience using it clinically. Experts suggest that people taking thunder god vine have their kidney function monitored for problems throughout the course of treatment.