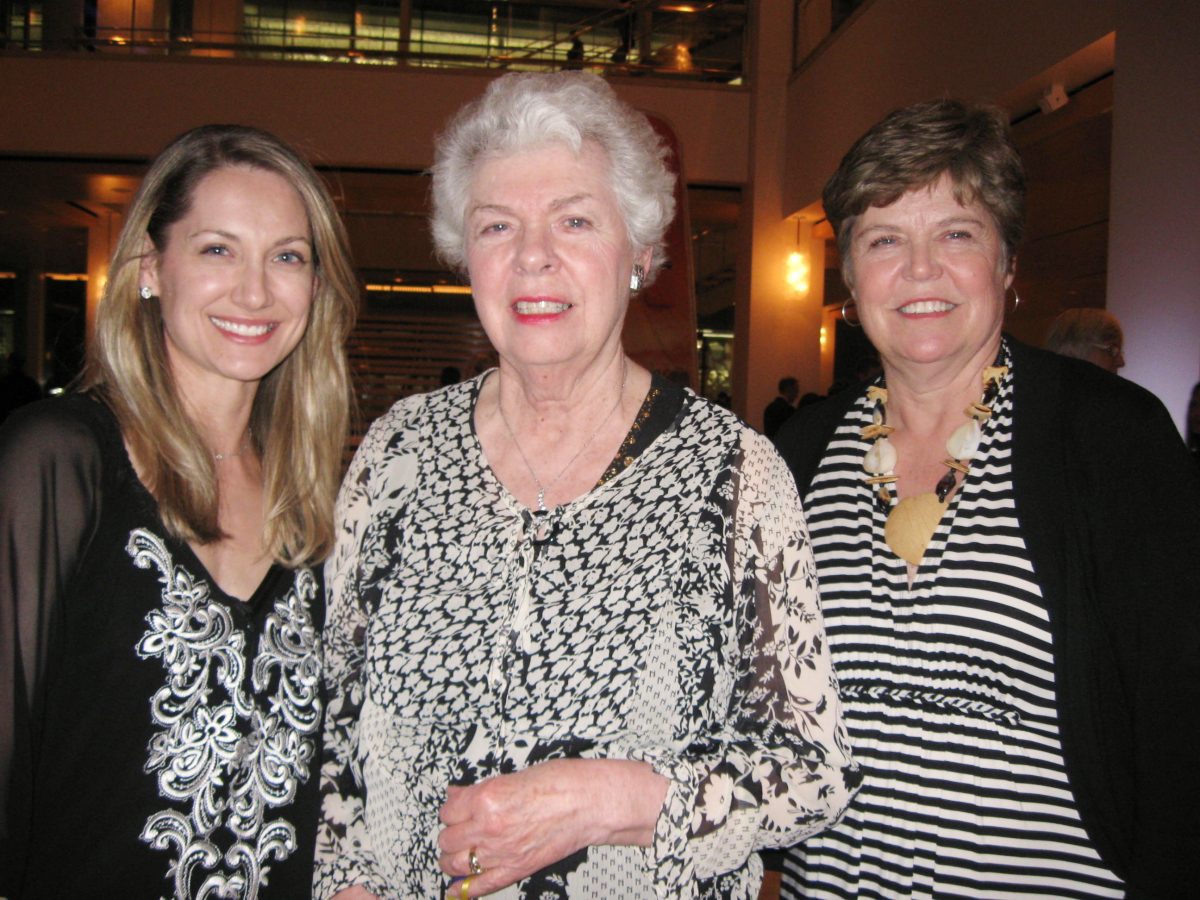 Vileen Kruse was celebrating a birthday with her daughter, Ellen Vanderloo, and granddaughter, Brooke Knowles, and saw the classical Chinese dance and music company on April 11 at the Overture Center of Arts.

“I am just really enjoying it so much,” said the birthday girl, a retired register nurse who enjoyed everything about it.

“With classical Chinese dance, live orchestra, dazzling costumes and animated backdrops, Shen Yun will transport you to another world,” the New York based company website explains.

“I just think it’s beautiful! The costumes, the athleticism of the performers, the music, I love it all,” said Ms. Vanderloo, a social worker at the Waterloo school.

Mother and grandmother traveled up from Iowa to see the performance.

“It’s wonderful. The costumes are amazing, and it’s fun to see the different takes on their culture,” said granddaughter Ms. Knowles, now a stay-at-home mom, who once worked in finance. “You get a whole new viewpoint on a different side of the world that we don’t see,” she said.

It made her feel more alive “because it’s so joyful,” she continued.

Ms. Vanderloo was just really glad that she had bought the tickets. “I saw the brochure, and I thought it was beautiful, and I knew my mother would enjoy it, and it’s just a great opportunity to share a great experience together,” she said.

“And we are all laughing because tomorrow we are all going to have reenact this … for her 3-year old,” she added, laughing.