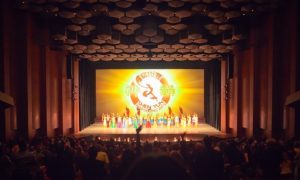 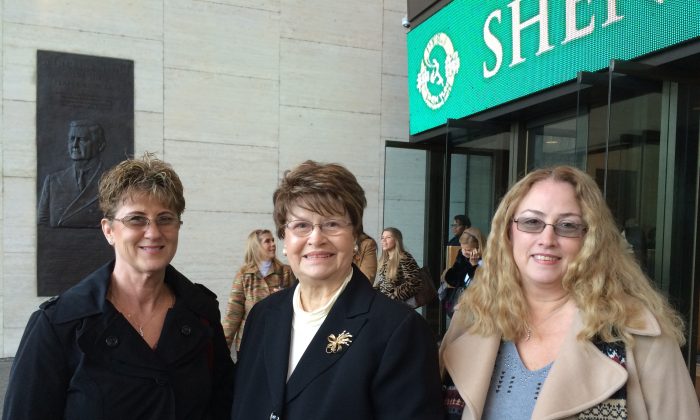 HOUSTON—The performance by Shen Yun Performing Arts surprised as much as delighted Delisa Birdwell, Clare Leppin, and Debbie Janak when they saw it at Jones Hall for the Performing Arts on Jan. 3.

“It was just very different from what we’re accustomed to seeing,” Ms. Leppin said. And she meant that in a good way.

“We see so much violence on TV,” said Ms. Leppin, a retired secretary, as she stressed how different this performance was. Instead of violence, it was “very relaxing and just a different pace,” she said.

“The colors, and the movements of the dancers, and everything—[I] just really enjoyed it a lot.”

Ms. Janak, a nurse practitioner, also described Shen Yun dancers as elegant and was surprised at how modest their costuming was: “I thought it was cool that everybody was clothed, instead of some of the real scanty things you see nowadays.”

All agreed that the costumes were lovely.

The themes of the dances and songs were also refreshing because instead of being dark, “the good always won out,” Ms. Janak said.

The three ladies were really surprised by this. Ms. Janak said that she was shocked, “We were going, ‘Oh my goodness!'”

She described how spirituality has been removed from our culture now so that “now you can’t really say anything. “But Shen Yun dared to put it out there. I applaud it. I thought, ‘Great!'”

Both Ms. Janak and Ms. Birdwell felt this message could be applied across cultures.

Ms. Janak described the performance as mystical and magical, and Ms. Birdwell used the word magical to describe the animated backdrops.

In fact, all three were taken with the scenes it displayed and how the performers interacted with it.

“I was overwhelmed with the background, how they did all that … The water moving, and the characters going up in the air,” Ms. Leppin said.

And because magic needs to be seen to be appreciated, “I’d just say you need to go see it,” Ms. Birdwell said.