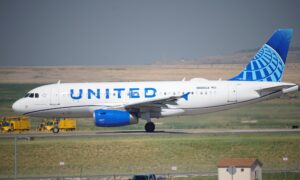 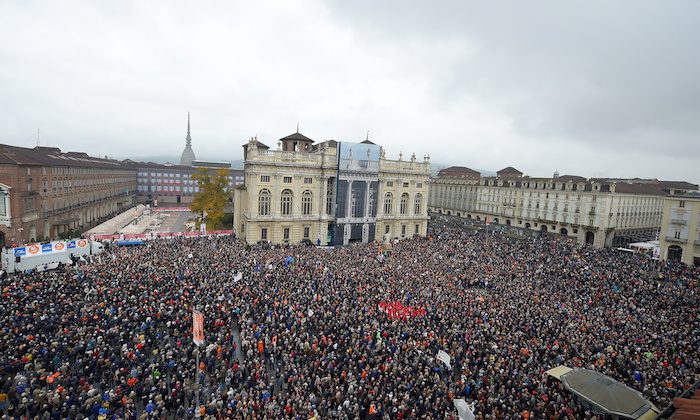 Thousands Rally in Turin in Favor of Italy-France Rail Link

ROME—Tens of thousands of people rallied in northern Italy on Nov. 10 in support of an ambitious Franco-Italian rail link, known as TAV, and against the decision of the ruling anti-establishment 5-Star Movement to reconsider the project.

The 167-mile high-speed line is due to link the French city of Lyon with Turin in northern Italy at an estimated cost of 26 billion euros ($30.2 billion).

The plan has been beset by disapproval and protests, both regional and national, and in July, Deputy Prime Minister Luigi Di Maio, leader of the 5-Star Movement and industry minister, called for a review, putting his group at odds with coalition partner, the League.

Around 30,000 people gathered in one of Turin’s main squares for what was the biggest pro-TAV demonstration so far, signaling the plan’s economic importance in one of Italy’s most industrialized regions.

“It’s yes, to economic development, to jobs, tourism, and culture, and all that is important to the city,” said Adele Olivero, one of the organizers of the rally, which gathered citizens, labor unions, parties, as well as TAV workers.

Regional Governor Sergio Chiamparino called for a quick response from the government: “Turin and (the region) of Piedmont want the TAV, and they want a link with Europe, without barriers,” he said.

Chiara Appendino, 5-Star mayor of the city, said she accepted the arguments put forward by the protesters and that she was ready to “open a constructive dialogue.”

Work has already started on the project but Italy’s Infrastructure Minister said he wanted to re-negotiate the terms with France. If Italy backs out at this point, it could face large penalties from both Paris and Brussels.

The 5-Star Movement has long supported the cause of residents of the alpine valleys who have protested against TAV.

Meanwhile, the League, whose support is mainly rooted in the regions of the north, has defended the project, saying it will help develop the Italian economy.

5-Star, afraid to lose a large slice of its electoral support, is keen to stop works on TAV, one of its biggest election promises, particularly after having to grant approval last month to the Trans Adriatic Pipeline project, which it had highly contested and had pledged to stop.