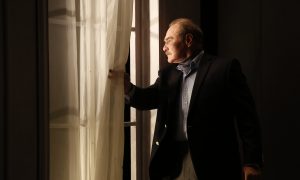 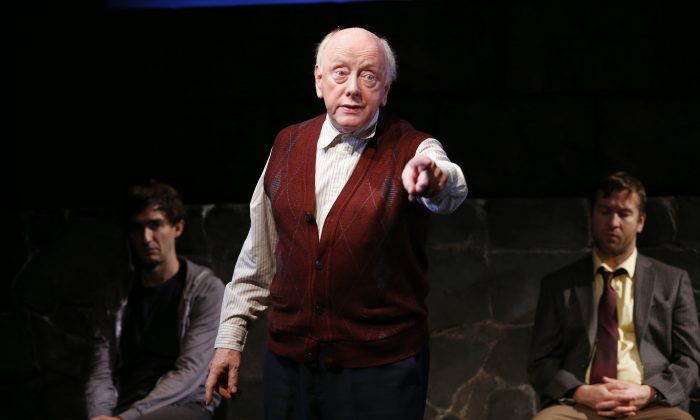 NEW YORK—If we don’t take a chance sometimes in life, are we doomed to live with regrets?

A robust revival opened Oct. 9, presented off-Broadway by the Irish Repertory Theatre at their temporary downtown location, the DR2 Theatre. Although there’s no “action” to speak of in Ciaran O’Reilly’s deft and sensitive staging, lifetimes are spun out before us in McPherson’s intercut trilogy of monologues.

The 90-minute production is intense and elegiac, simply set on a darkened stage where the ruminative trio, affectingly portrayed by James Russell, Billy Carter, and Peter Maloney, never interact. They might be in individual limbos, but their stories are similarly tinged with rich visual images and rueful humor.

Russell’s feisty-slacker portrayal of unemployed, 20-year-old Kevin works well, illuminating his story about leaving home and realizing he’s probably in love with his best friend Claire, but afraid to really go for it. Russell charms with his youthful energy, yet also conveys the resignation of somebody much older.

Dermot, (Carter), is a 30-something, unsuccessful salesman who inexplicably gets hired for a high-powered job. Carter is quite likable, his bluster and in-your-face attitude adding emphasis to McPherson’s salty dialogue. A man who can’t stop himself being relentlessly idiotic, Dermot has some of the play’s best lines as he vividly describes drunken parties with his sophisticated new colleagues, capped by his own unfortunate ability to create “moronic moments to relive in your head over and over.”

Maloney is masterful as Joe, both commanding and contemplative despite his resigned air. Joe is a relatively spry widower in an old age home who leads his fellow inmates on escapes to betting parlors and bars. The receipt of a mysterious little package uncorks his memories about a woman he never even really knew.

We find ourselves laughing at these men, and sympathizing with them, and afraid of being too much like them. Why do we make the choices we do—or don’t? As Dermot cynically cautions, “Don’t ever try to work anything out. Because you don’t know—and you never will.”