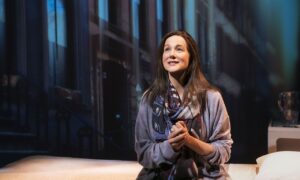 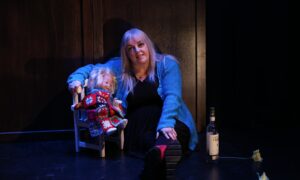 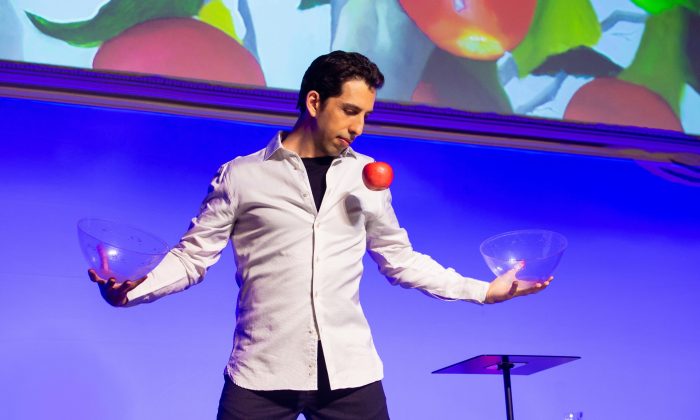 Wonders, yes, but leave the audience out of it
By Judd Hollander
FONT BFONT SText size
Print

NEW YORK—The sheer delight of being fooled by a feat of prestidigitation, misdirection, or the simply unexplainable is encoded into every human’s DNA. That enjoyment was clearly visible on the faces of the packed audience as master illusionist Vitaly Beckman held court at the Westside Theatre with his one-person show “Vitaly: An Evening of Wonders.”

Born in Belarus, raised in Israel, and sounding “like Borat,” Vitaly is unafraid to toot his own horn. He demonstrates the particular illusion that stumped the famous duo of Penn and Teller when he appeared on their television series “Fool Us.” Vitaly also reveals an interesting bit of coincidence when he tells this story, remarking how Penn and Teller played some of their first New York shows at the same venue.

More than simply delighting his audience with what he can do, Vitaly’s mission is to take them to a place where “imagination meets reality.” He accomplishes this feat by making objects move through the air without the use of wires, by inserting and erasing pictures from photographs and driver’s licenses (including mine), and by changing black-and-white drawings on a sketch pad to three-dimensional objects, in color.

Audience participation is key to the show. One of the high points in this regard occurs when Vitaly has three people on stage and attempts to pour the correct, pre-determined beverage for each—all while blindfolded, ignorant of who is positioned where, and of which of the different drinks is which. In the end, he does exactly what he has set out to do and without spilling a single drop.

Although audience interaction is often an integral part of any show of this type, Vitaly takes it to the extreme. Of the approximately 11 pieces that make up “An Evening of Wonders,” eight of them involve people coming up on stage, doing a bit with Vitaly, and then leaving to a round of applause.

Unfortunately, it’s not long before a feeling of repetition sinks in, not with the illusions themselves, but in the setups and ongoing banter with every person who takes part.

While his illusionary skill is wondrous to behold, he tries too hard to bring the entire audience along with him, instead of just letting his efforts speak for themselves. Had he done so, the overall effect would have been so much more satisfying.

The set design by John Rios, pretty much a bare stage with a few necessary props, allows Vitaly to move easily from one segment to the next. The lighting design by Stephen Bulat works well.

Created by Beckman and co-written by Doug Bennett, “Vitaly: A Evening of Wonders” is a fun piece for children of all ages. However, with a bit of restructuring or by having one of the creative team act as director (none is listed in the program), it could have been something far more special.