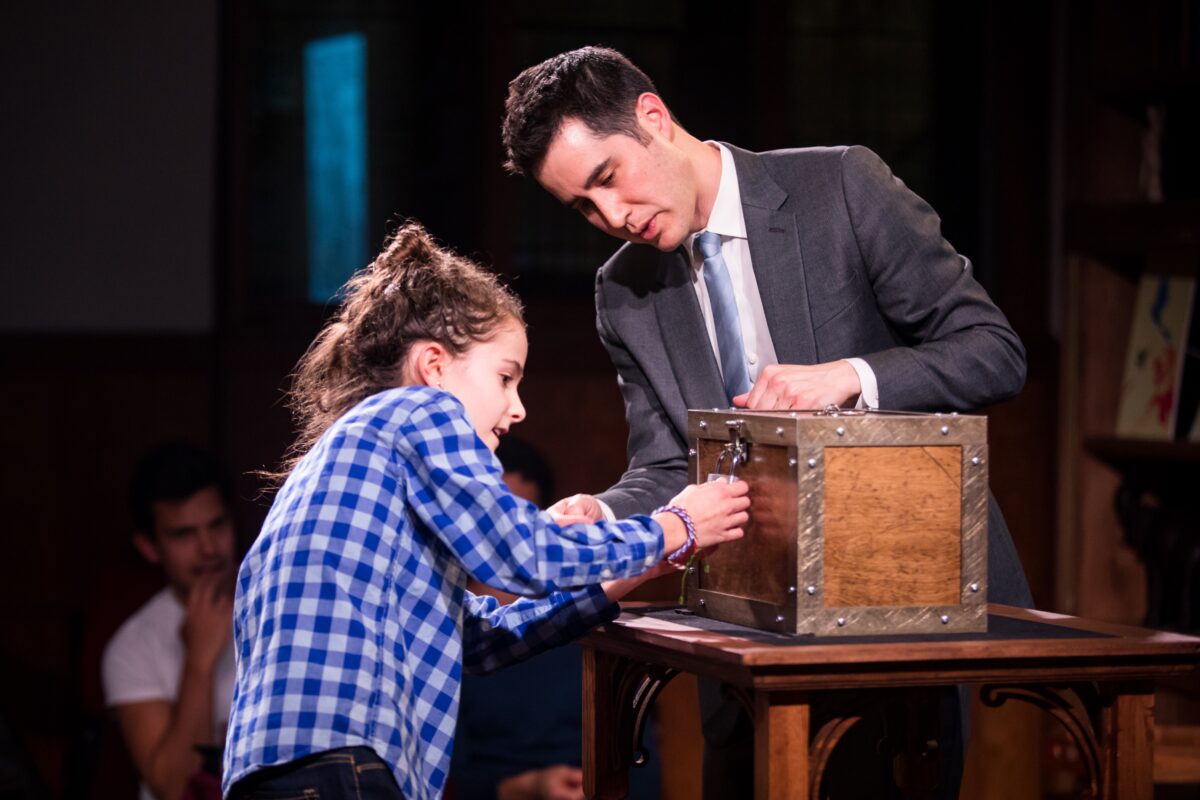 David Kwong is "The Enigmatist" and a guest participant. (Justin Barbin)
Performing Arts

Theater Review: ‘The Enigmatist’: Give Your Brain a Workout!

NEW YORK—More often than not, the answer to solving a riddle is staring you right in the face. The trick is to be able to see the solution. Magician and cruciverbalist (crossword constructor) David Kwong happily demonstrates his prowess in a return engagement of his absolutely brain-twisting one-man show, “The Enigmatist.”

Fascinated by puzzles and magic from an early age, Kwong grew up trying to understand the secrets behind them. He learned long ago that “there is no such thing as magic,” but rather that every feat performed, every sleight of hand or seeming impossibility, has its roots in a sequence of events the prestidigitator has learned to make the trick work.

The secret, of course, is not simply to be able to fool an audience but also to make them enjoy being fooled. Kwong does exactly that. Using his love for puzzles and enthusiasm for sharing, he imparts some particularly fascinating stories featuring cryptologists (some of the early pioneers in the field), and a specific mystery that has endured for over a century.

The fun starts well before Kwong actually appears. Upon arrival, audience members wander about in various rooms and are tasked with solving four very intricate puzzles. In fact, the audience is advised to arrive 30 minutes prior to curtain to afford time to solve these puzzles.

I’m ashamed to report that I could only solve one of the four, and didn’t do too much better with most of the other challenges Kwong presents. I did come up with the answer to one of them before anyone else, though. (Hint to those planning on attending: While you have to look very carefully at all of the little details, be sure to look just as carefully at the overall canvas.)

Lean, almost wiry, and impeccably dressed in a sharp gray suit, Kwong moves about with the air of a stalking jungle animal, eager to pounce on a particular mystery and, once it is subdued, impart its specific secrets to the audience.

The magician has a keen sense of perception and quite a sharp memory. He demonstrates these skills by some solutions no one sees coming as he constructs a crossword puzzle with the audience. Not to mention that he shows knowledge of something he simply could not have known about in advance, yet knows all the same.

Perhaps the most engaging element of the entire show, one made particularly clear when Kwong is giving the audience what amounts to a crash course in the history of cryptology, is that despite being based on science and mathematical formulas, the true secret of working in the field is being able to think outside of the box. A flash of inspiration can be the key to unlocking what was once thought impossible to figure out. That, and how sometimes the best form of revenge can come with a puzzle that can never be solved.

Challenging from beginning to end, “The Enigmatist” takes the idea of brainteasers to an entirely new level—with Kwong being the perfect teacher.