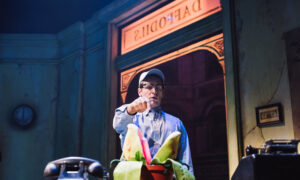 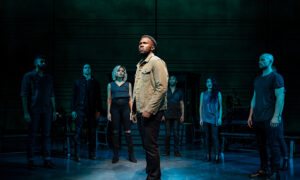 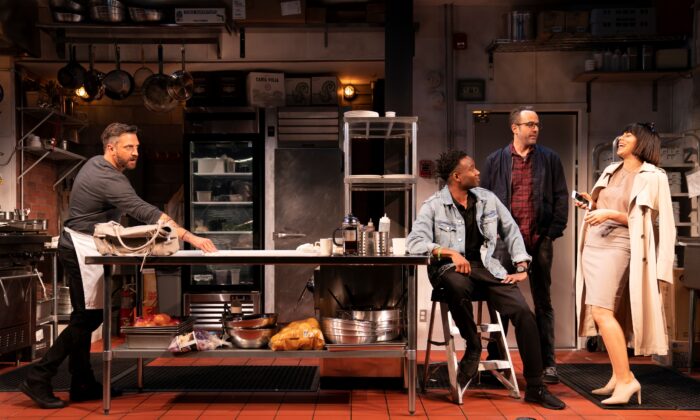 In a small unheralded restaurant in New York, Harry is a chef to be reckoned with. But his boss and the eatery’s owner Mike (David Mason) is worried because receipts aren’t coming up to expenses—until Harry hits upon a smashing scallop dish that comes to the attention of a New York Magazine columnist.

Now customers are clamoring for reservations; they want scallops. But Harry decides scallops are too hard to find and wants to turn his attention elsewhere. The conflict is observed by the single other employee, waiter Rodney (W. Tré Davis), who later turns out to have ideas of his own.

Mike, in desperation over Harry’s seemingly arbitrary decision to do as he pleases in the kitchen, surreptitiously hires restaurant consultant Emily (Krysta Rodriguez). She arrives, energetic and confident, and vows to turn things around. She will give the place a makeover.

Feeling threatened, Harry locks horns with Emily, hate later turning to something like love. But it’s a long trip before the conclusion.

In the interim, Emily proves to be very good at her job, knowing just how to cut through bureaucratic red tape, landing the place an outdoor seating license, and obtaining fancy, pricey Japanese knives for Harry’s use, for free. He is beside himself with joy when this boon is granted him.

However, a new crisis arrives when the ambitious Emily invites a major food critic without first informing Harry. The critic came for scallops. Fireworks ensue, and things ultimately go downhill for Harry because he just can’t bend his high ethical outlook: Art before commerce.

In an unexpected turn of events, the tables are (no pun intended) overturned.

Light, bright, and fast-moving, “Seared” is a good bet for foodies and non-foodies alike.