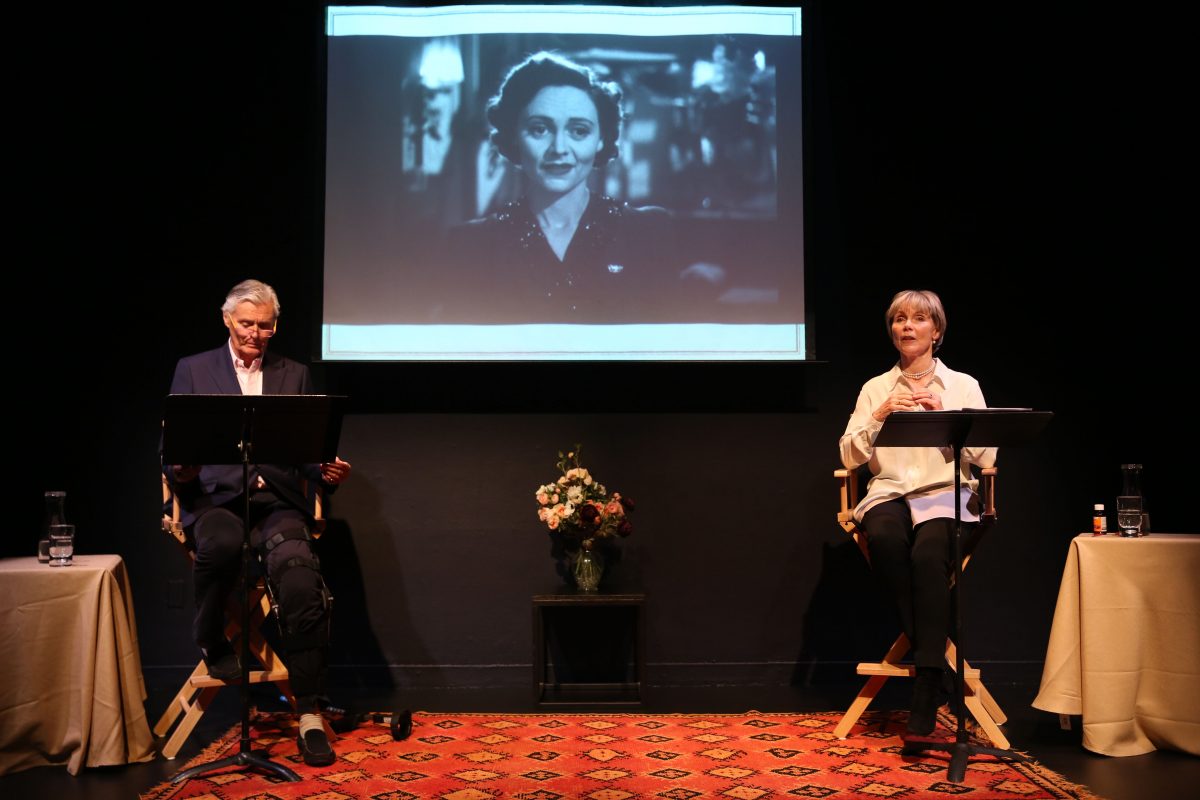 NEW YORK—In these days of email and social media, when one can dash off a few lines to a loved one half a world away in a few seconds, the practice of physically writing a letter is rapidly becoming a lost art. Not all that long ago, this method of communication was the only way most people could keep in touch. Such was the case with British actress Celia Johnson and her journalist-writer husband Peter Fleming, as lovingly shown in the very touching “Posting Letters to the Moon.”

Originally seen in the UK in 2018, the show is now making its United States debut at the 59E59 Theaters as part of their “Brits Off-Broadway” series.

Celia and Peter had been married for four years when Great Britain entered World War II in 1939. Peter joined the army soon after and was posted abroad, working for army intelligence for most the duration.

Johnson, in addition to her acting duties—she was in a play in London’s West End from April through September of 1940 until the theater was destroyed in the Blitz—became an auxiliary policewoman.

She was also raising their young son, born earlier that year, and playing host to various family members who were seeking shelter from the war. Peter had recently inherited a family estate in the English village of Nettlebed.

Other than Peter returning for the very occasional leave, he and Celia could keep in touch only by exchanging letters, which sometimes arrived in batches, out of sequence, or after a great period of silence, owing to the state of mail delivery.

The letters, carefully preserved in an attic trunk, were discovered by some of the couple’s children decades later. Here, they are read aloud by Lucy Fleming, Celia and Peter’s daughter and an actress in her own right, and by Lucy’s husband, actor Simon Williams.

It is through these letters that the audience gets an understanding of exactly who Celia and Peter were. The correspondence offers insights via declarations of their love, as well as quips, offhand remarks, and even some gently risqué comments.

Particularly amusing is Celia recalling the response to a WAAF (Women’s Auxiliary Air Force) lecture on sexual relations (not to mention Celia’s various attempts at cooking, and her learning to drive a tractor).

The bond Celia and Peter share forms the center of the story and offers the abiding hope that love will eventually conquer all. However, it’s a bond tested by the adversity of long separations, the reporting of false information, and the effort of trying to go about one’s daily routines amid the uncertainty of war.

Through the use of still photographs and the excellent delivery by Williams and Fleming, the show brings forth not only the feelings Celia and Peter had for one another, but also the dangerous times in which these letters were written. The very real possibility of death surrounds them, with tragedy sometimes striking close to home. A letter Peter wrote to his son about his experiences in combat shows just how dangerous things were.

Especially sobering are Celia’s comments regarding the German V-2 rockets that began striking London in September of 1944. She notes that, despite the hope that the fighting was finally coming to a close, “the war has gone very grim again.”

There are happier moments, too: When Celia and her sister-in-law had the opportunity to share an orange—fresh fruit being rare during the war years—or the delight she felt when the fighting finally did end, and she was able to sit outside at night with a light on.

Interspersed throughout the story are amusing bits of cinematic trivia as Celia recalls the different films she appeared in during the war years; probably the one most remembered today is “Brief Encounter.” Her comments about such people as David Lean, Noel Coward, and Trevor Howard, as well as how she felt about different projects, provide an enjoyable counterpart to the grimness of the time.

Lucy Fleming, who compiled the various letters used in the show, and Williams are able to give touching and realistic portraits of Celia and Peter as they read the respective letters aloud. The two pause to add commentary to the piece, which helps the narrative to flow more smoothly.

If there is any complaint about the show, it’s that it feels too short. One can’t help wonder what other letters might exist between Celia and Peter. An adaptation of these letters into book form should definitely be on Fleming and Williams’s list of projects for the future.

“Posting Letters to the Moon” (the title referring to a passage in one of the letters) is a lovely and heartfelt tale about two people who loved each other at a time when the world was coming apart around them, and yet who managed to stay in touch in the only manner that they could.