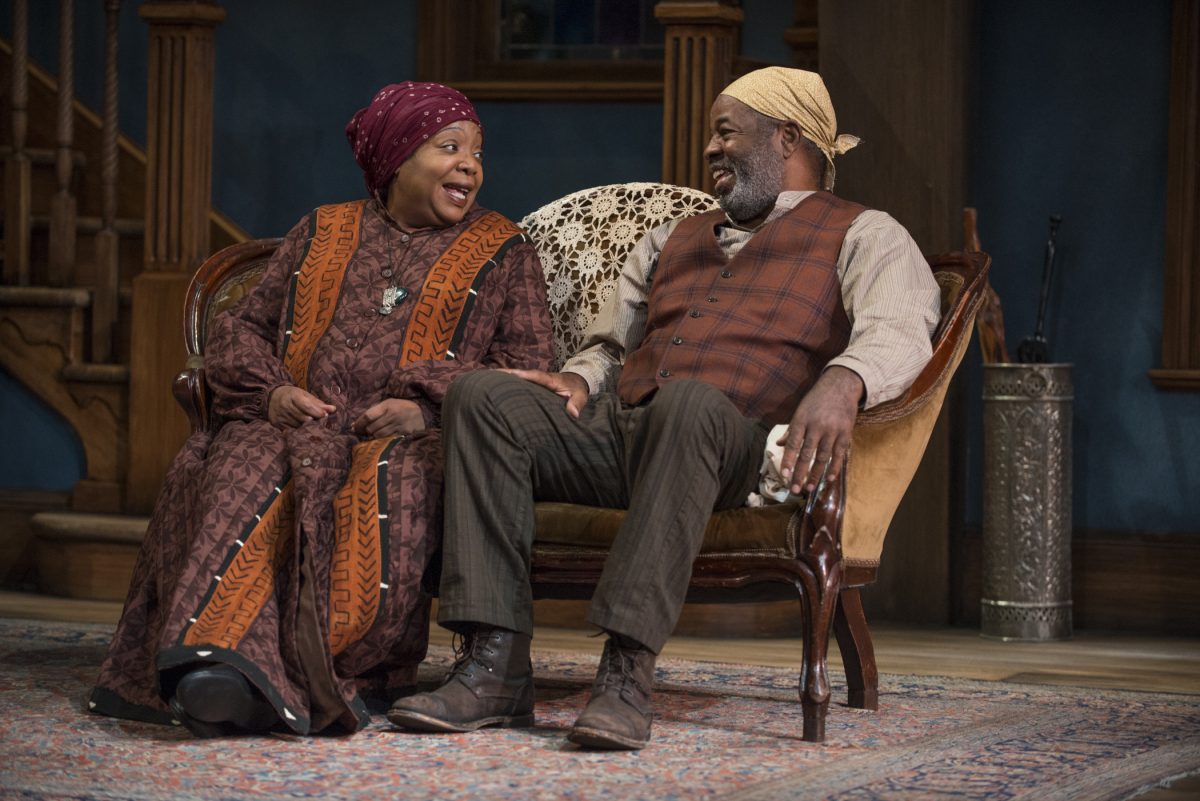 CHICAGO—A magnanimous character looms over us in August Wilson’s “Gem of the Ocean.” Her heart is big enough, her strength great enough, for the audience to crawl inside, relax, and breathe.  Characters of this magnitude are so rare in theater today that they would take one’s breath away if that weren’t exactly what they supplied. Director Ron OJ Parson beautifully mounted this timely, rich piece at Court Theatre on Chicago’s south side.

“Gem of the Ocean” is chronologically the first in Wilson’s 10-play cycle, wherein each play takes on one decade of African American life in the 20th century. Here, the characters are still grappling with their emancipation 40 years after the event: What does freedom mean? Is it worth it—meaning, are things really any better?

The answer to the latter question is emphatically “yes,” but only if the past suffering is genuinely remembered.

Peace reigns inside the sanctuary and home of Aunt Ester—a character of such depth, perspicuity, and warmth that people come to her to have their souls washed.

The backdrop to the story is turmoil erupting in 1904 Pittsburgh. Black steel mill workers are threatening to strike after a black man, accused of stealing a bucket of nails, has drowned. He jumped in the river and refused to come out—refused to accept responsibility for a crime he didn’t commit.

Despite the near rioting outside, peace reigns inside the sanctuary and home of Aunt Ester (Jacqueline Williams)—a character of such depth, perspicuity, and warmth that people come to her to have their souls washed so that they may become whole again. For good reason: She is the embodied repository of all of the memories of black slaves; once a slave herself, she is now 285 years old.

Also living in the house are Eli (A.C. Smith), who protects Aunt Ester, and Black Mary (Tyla Abercrumbie), who serves as her housekeeper. Black Mary is trying to decide whether to become Aunt Ester’s successor.

Passing through the home are Rutherford Selig (Steve Schine), a white peddler, and Solly Two Kings (Alfred Wilson), a former slave, conductor on the Underground Railroad, and later a scout for the Union Army. At 67 years old, Solly (short for Solomon) wants to make one last trip to Alabama to rescue his sister from a bleak situation.

Black Mary’s brother, Caesar (David Alan Anderson), stops by as well. Through the years he has become a hardhearted landlord and a by-the-book policeman who enforces the white man’s laws.

Caesar and Solly present two divergent paths for blacks. Caesar, in order to make it, has learned, followed, and now enforces white laws. He has become a big man and thinks of himself as a big man.

Solly, on the other hand, collects dog excrement and sells it for fuel. But in the past he helped 62 people to freedom, each passage dutifully notched on his walking stick.

One of the play’s most touching moments is Solly explaining how when he first escaped to freedom and took a breath of free Canadian air, he realized that it didn’t mean anything to him. The air didn’t feel free. Solly realized freedom meant nothing if you are alone, so he turned back around and traveled south to begin a career helping others.

Solly stands for freedom and community, while Caesar, under the auspices of law and order, dominates and helps re-enslave.

Lately come to see Aunt Ester is young Citizen Barlow (Jerod Haynes), who has only just escaped the Jim Crow laws of the South and has found work in the mill. But after finding out that life at the mill, where room and board outstrip the pay, was enslaving him again, he has committed a crime. Desperate, he’s come to Ester to wash away his guilt.

This play couldn’t be more timely.

Young Citizen must choose his path, but first must become whole again. Through an elaborate ritual, Aunt Ester helps him on a spiritual journey to the City of Bones, a city under the sea, where thousands, perhaps millions, of souls perished during the Middle Passage aboard the slave ships. Citizen must face the enormity of the crime against his ancestors and the unspeakable suffering they endured before his own crime—against one of his own kind—can be acknowledged and his wholeness reclaimed.

Today, with black arrests and deaths having usurped the country’s attention, this play couldn’t be more timely. Although “Gem of the Ocean” sits first in the cycle of plays, Wilson wrote it late in his career. It appeared in 2003. It was written with the near present in mind and as a statement of what must occur for race relations to improve. His remedy is clear: We must all visit the City of Bones. Wilson died in 2005.

The breathing room mentioned earlier shouldn’t suggest that this production lacks fire or emotion—key scenes bring requisite urgency, poignancy, and grief. All performances are moving and insightful, but I feel the crux of the dilemma falls on Anderson’s characterizations of Caesar, a driven man who now feels entitled, as opposed to Alfred Wilson’s Solly, a hero, who is downright likeable.

As for Williams’s Aunt Ester, she creates the person from whom we would like to seek solace and wisdom. I believe it is her presence that allows us to leave feeling whole, refreshed, and able to breathe freely.

Sharon Kilarski
Follow
Sharon writes theater reviews, opinion pieces on our culture, and the classics series. Classics: Looking Forward Looking Backward: Practitioners involved with the classical arts respond to why they think the texts, forms, and methods of the classics are worth keeping and why they continue to look to the past for that which inspires and speaks to us. To see the full series, see ept.ms/LookingAtClassics.
SHARE
EmailFacebookTweetCopy Link
You May Also Like 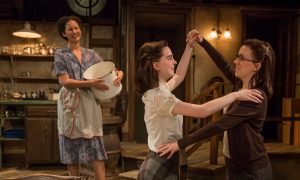