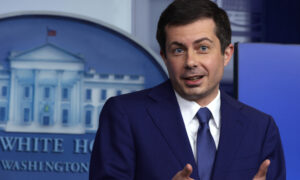 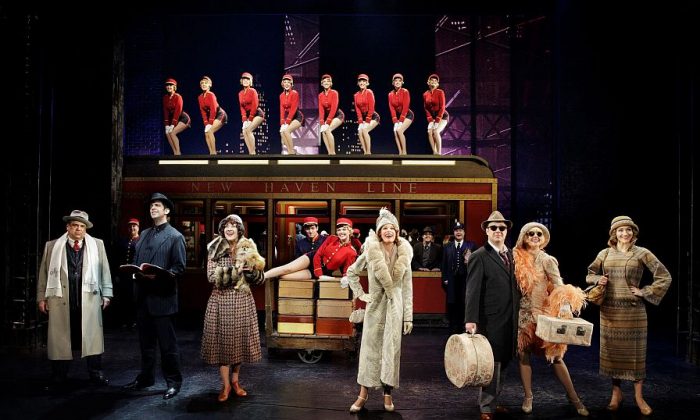 A gentle tap on the funny bone
By Judd Hollander

New York City 1929. In the months before the stock market crash, people in the entertainment world hobnob with gangsters like Nick Valenti (Vincent Pastore) at various nightspots. Olive (Heléne Yorke), Nick’s much younger girlfriend, is a ditzy chorus girl with no acting talent whatsoever. Nonetheless, Olive wants to be a Broadway star and pressures Nick into finding a vehicle for her.

But when producer Julian Marx (Lenny Wolpe) calls, saying Nick will finance David’s new show, but only if they hire Olive for one of the roles, David agrees. He desperately wants a hit and knows that if the show is a success, he’ll finally have enough money to marry his girlfriend Ellen (Betsy Wolfe).

David’s play has all the makings of a flop until Olive’s bodyguard Cheech (Nick Cordero), one of Valenti’s goons, starts making suggestions for the script, all of which end up working perfectly. David passes these changes off as his own with Cheech’s approval.

In the wake of this sudden “success,” David begins to fall in love with Helen, who sees the young man as a potential meal ticket for future projects. However, Olive’s total inability to act quickly becomes a bone of contention, with David unable to fire her due to her connection with Nick and Cheech increasingly upset over how Olive is ruining “his” play.

What makes “Bullets Over Broadway” so much fun is that almost everything about it is larger than life. For example, Cheech sings “Up a Lazy River” shortly before he kills someone; sequences feature tap-dancing gangsters; and the acting is deliberately over the top. Thus, the audience can enjoy what’s happening on stage without worrying too much about how true to life it is.

There are still some moral lessons to be had, such as the path people believe they are meant to take may not actually be the right one; and if one does not realize that lesson, a person could end up sleeping with the fishes—that is, if they had fish in the Gowanus Canal in 1929.

Unfortunately, at times the show doesn’t go far enough, as both Allen and director/choreographer Susan Stroman are too careful with the material and do not expand it into something separate from the original film.

This tendency is especially true with Cheech, a character screaming for a back story. Cordero nonetheless does quite well in the role.

Mazzie is a hoot as Helen, an actress who hasn’t had a hit in years, yet still behaves as if she’s the most important person in the world.

Yorke is great fun as Olive, with a voice that would stop a truck and whose mental elevator doesn’t go anywhere near the top floor.

Braff is okay as David, though somewhat bland in the role. There’s also not nearly enough gravitas in his performance when he agonizes over his acceptance of Cheech’s rewrites.

Ashmanskas does a good turn as Purcell, a fellow who will eat anything from sticky buns to dog biscuits, though the garments he wears to illustrate his weight gain look completely fake—a major misstep with William Ivey Long’s otherwise excellent costumes.

Pastore is comically menacing as Nick.

It should be noted that no new songs were created for the show—the choice instead was to use actual period tunes with Glen Kelly adding additional lyrics when needed.

Among the musical highlights are “I’m Sitting on Top of the World,” which David sings at the first rehearsal of his play; “Tain’t Nobody’s Biz-ness If I Do,” sung by Cheech and his cronies; and “Runnin’ Wild,” sung by the company as they prepare to take the show to Boston for a pre-Broadway tryout.

The orchestrations by Doug Besterman are excellent, and the choreography is enjoyable, though nothing about the latter calls to mind a “wow” factor.

“Bullets Over Broadway” goes for the jugular in terms of hitting a comedic vein, but ends up only nicking it slightly.