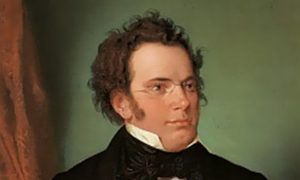 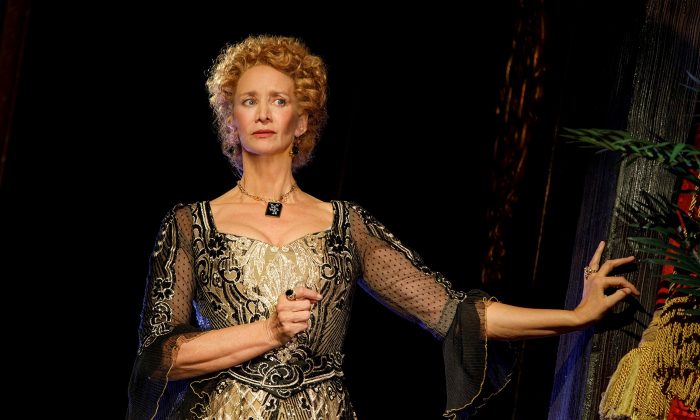 NEW YORK—There’s no doubt Janet McTeer would do a brilliant job of playing the title role in William Shakespeare’s “Hamlet.” Her playing Sarah Bernhardt playing Hamlet is another matter.

The hodgepodge that is “Bernhardt/Hamlet,” the new Broadway play by Theresa Rebeck, delves into real theater history. It is 1897, and actress Sarah Bernhardt (McTeer), also known as “The Divine Sarah,” is an international sensation.

She’s well-known not only for her many stage roles, but also for her flamboyant lifestyle and numerous love affairs. In her home base of Paris, where she is particularly revered, she recently signed a lease for her own theater. Her next stage appearance will be one of the most challenging in the theatrical canon: Hamlet, the prince of Denmark.

Despite her intentions, Bernhardt quickly learns that taking on the melancholy Dane is no easy task. She finds herself struggling to understand the meaning behind Shakespeare’s words as she attempts to get inside the character’s head and make the role her own.

Adding to the pressure Bernhardt faces is her severe financial troubles. She desperately needs “Hamlet” to be a hit. Her last stage appearance was a so-called critical success, but a complete commercial failure.

When Bernhardt’s attempts to figure out Hamlet come to naught, she enlists the aid of playwright Edmund Rostand (Jason Butler Harner), her current lover, to rewrite the Shakespeare text into a format she finds more comfortable.

The irony, of course, is that by rewriting “Hamlet,” she’s basically saying, for whatever reason, that she’s either unable or unwilling to play the role as it was written—an act that risks the wrath of important theater critics. Many of these critics already have their knives drawn for Bernhardt’s daring to assume the role in the first place.

Bernhardt, meanwhile, is determined to play Hamlet, not only because she thinks it would be a good role for her but also, having long since tired of ingénue parts, she’s determined to no longer play characters she considers beneath her.

Such characters include Roxanne in Rostand’s new play, “Cyrano de Bergerac,” a part Rostand created with Bernhardt in mind.

While Act 2 comes off very well, other than some final moments that feel rather flat, it’s events in the first act that cause the show to falter badly. Playwright Rebeck seems unable to balance the play’s comedic and dramatic elements. Several early scenes are meant to be funny, such as when Bernhardt tries to figure out just what Shakespeare means in a particular scene, yet these come off as strained or tiresome. Indeed, the first really appreciative laugh doesn’t occur until after intermission.

McTeer is excellent in the role of Bernhardt and is the main reason to check out this play in the first place. Yet, it takes far too long to really understand just who Sarah Bernhardt is. Is she a full-on diva, a stern taskmaster, or a more unconcerned sort who assumes everything will be all right in the end?

The ultimate realizations in this case come far too late to allow the audience to really identify with the character, much less care about what happens to her.

It doesn’t help that Harner has no real chemistry with McTeer. Their characters seem to simply go through the motions when it comes to the passion they have for each other.

Elsewhere, Ito Aghayere is brilliant in a brief, but very pivotal role as Rostand’s wife, Rosamond, and Dylan Baker does a good turn as the actor Constant Coquelin.

The various sets by Beowulf Boritt are well done throughout. The direction by Moritz von Stuelpnagel works well enough, but he, like the actors, is hamstrung by the meandering script.

The real-life Sarah Bernhardt was, by all accounts (included in the very extensive notes provided in the show program), a fascinating and complex individual. Sadly, “Bernhardt/Hamlet” ends up being too superficial to make a lasting impression.