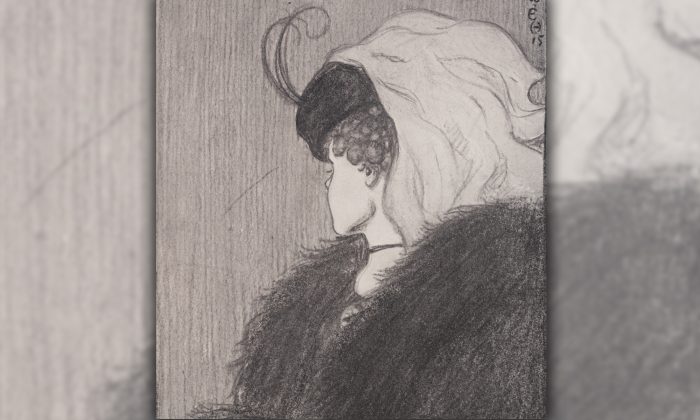 This image may look familiar, and that’s because “My Wife and My Mother-in-Law” is one of the most well-known optical illusions of the last 100 years. However, did you know that it also has the ability to reveal how old you are?

The drawing’s first incarnation was on a German postcard in 1888. An American cartoonist named William Ely Hill later reinterpreted the image, and it was published in the humor magazine Puck on Nov. 6, 1915. Hill captioned the image: “They are both in this picture. Find them.”

Find whom, exactly? Well, it all hinges on facial recognition. Glancing at the detailed sketch, you may either recognize a pretty young woman turning away or the profile of an older, less attractive woman staring solemnly toward the bottom left of the page.

However, Insider explains, you can only see one at a time.

Here’s where the age factor comes in. An Australian study carried out by a duo of psychology professors at Flinders University concluded that the figure your eyes settle upon first is relatively dependent upon your age.

The study enlisted 393 participants in total, comprising 242 men and 141 women aged from 18 to 68. The average age of the study’s participants was 32. Everyone was shown the illustration for 500 milliseconds only, and then they were asked two questions.

Unluckily, the study’s researchers did not have an even range of ages between their youngest and oldest participant. However, upon separating the oldest 10 percent and youngest 10 percent from the group in its entirety, they found that their conclusion was substantiated.

The Australian professors suspect, as per the Daily Mail, that faces are particularly vulnerable to subconscious biases. Our brains rely on both neural processes and social factors to recognize other people.

“The effect of the observer’s age on the estimated age of the woman is consistent with an own-age social group bias,” the study explains. “Within the respective age-groups, participants have a bias towards processing faces of a similar age.”

Essentially, most participants saw a woman who mirrored their own age.

So, who did you see first? Remember age is just a number!