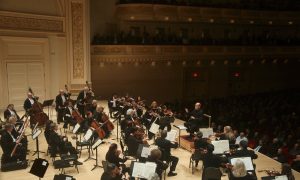 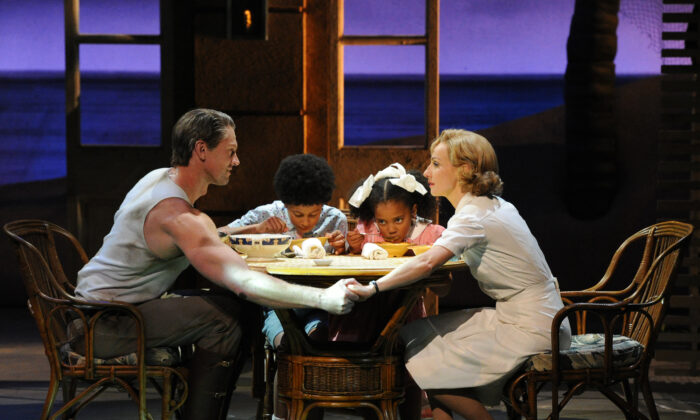 The West Versus Prejudice: Rodgers and Hammerstein’s ‘South Pacific’ 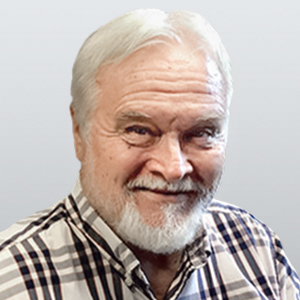 “You’ve got to be taught to be afraid/ Of people whose eyes are oddly made/ And people whose skin is a different shade/ You’ve got to be carefully taught,” sings Lt. Cable in “South Pacific,” objecting bitterly to the prejudice that has kept him from committing to the Tonkinese woman he loves.

In 1950, a year after “South Pacific” opened on Broadway, the censors in South Africa demanded that Richard Rodgers and Oscar Hammerstein II remove those lyrics from a Johannesburg staging of the Pulitzer Prize-winning musical. The famed songwriting team refused, shutting down the production entirely. Lt. Cable’s sentiment was central to the show’s premise that the Western, middle-class values of individual worth and responsibility applied to everyone, not just to white people. It was a profoundly antiracist statement and remains one today.

The musical takes place in the early months of World War II in the Pacific theater, on an unnamed island where Seabees and nurses wait for the war to start. The Japanese are only an island away, but engagement is limited and the real shooting hasn’t begun.

One of the nurses, a self-described “little hick” from Arkansas named Nellie Forbush, is in love with French-born island plantation owner Emile De Becque, while her friend, Marine Lt. Cable, finds himself falling in love with a beautiful young Tonkinese girl, Liat.

Cable, a Princeton graduate from a wealthy Philadelphia family, balks at marrying Liat because he realizes that she would never be accepted by his family. And when Nellie finds out that De Becque has children from a previous liaison with a Tonkinese woman, she too runs from the relationship. As the story progresses, both Nellie and Cable face their prejudices and overcome them.

And yet, cancel culture and its precursor, political correctness, find this unacceptable. The pointing out of so-called stereotypes in “South Pacific” began with the 2001 TV film, a remake of the original 1958 movie version. It cut the second-act song “Happy Talk,” apparently for the political incorrectness of putting pidgin English in the mouth of a Tonkinese woman nicknamed Bloody Mary.

Bloody Mary is a large, loud, rambunctious Tonkinese woman who is always thinking about how to get what she wants, saying things such as “You like?” and selling things “Fo’ dollah.” The thing about stereotypes is that they are simply abstractions from general observation. In some sense they pervade all art, perhaps especially theater. Falstaff is the stereotype of a jolly-but-dull Elizabethan fat man. Willie Loman is a sort of archetypal failed businessman. Even the Seabees in “South Pacific” are stereotypes. Certainly, not every Seabee in World War II wolf-whistled nurses.

Produced at the height of America’s climb to the status of major world power, “South Pacific” reveals what it means to encounter a new culture and people, and how middle-class Western values can serve to undo the inborn animus that comes with being born into a given race or culture. It does not preach politics but makes its point through stories about love, and along the way gives us bursts of unforgettable lyricism such as “Some Enchanted Evening,” “A Wonderful Guy,” “Younger Than Springtime,” and “This Nearly Was Mine.”

Cancel culture tries to shape human experience from politics, while Western culture shapes its politics from human experience. A politically correct “South Pacific” would hammer at the idea of the West imposing its values on the occupied Tonkinese. Fortunately, the authors of the show knew something deeper: The bloody and horrifying adventure of international war thrusts the expanding power into the unwanted position of encountering a foreign culture. It can hardly be expected to drop its own cultural beliefs and habits for those of the people it encounters.

The point missed by cancel culture is simply this: These two young Americans, one a simple “cock-eyed optimist” and the other an Ivy League military officer, both have the intellectual ammo necessary for that overcoming; namely, both are armed with the classical liberal principle of individual worth and responsibility. It takes them a while to bring that principle up from the subconscious and into full view, and in one case the delay is tragic, but they both make a leap away from the prejudices they’ve been taught.

At one point in the show’s dialogue, De Becque asks a U.S. Naval officer, “I know you are against the Japanese, but what are you for?” Cable’s and Nellie’s moral progress is the answer to his question.