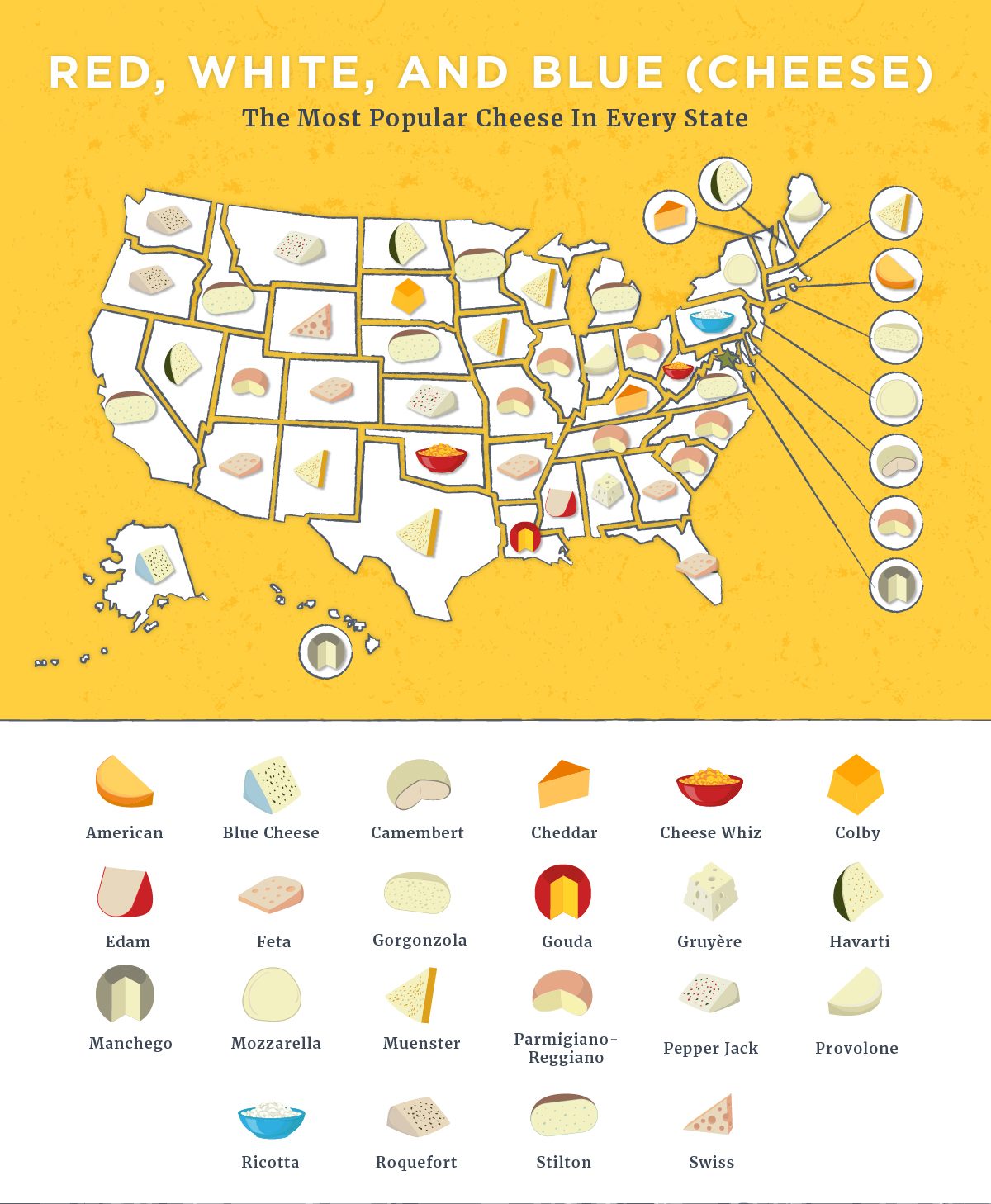 The United States of Cheese: The Most Popular Cheese in Every State

“American tastes in cheese are as diverse as the country itself.”

Such was the conclusion of Nina Teicholz’s research into America’s obsession with the creamy, crumbly, stretchy stuff. The investigative science journalist set out to identify the most popular cheeses in every state, based on Google searches, and published her results in May.

After compiling a list of nearly 30 cheeses, running each through Google Trends to find its search frequency over the past year, and narrowing the results geographically, Teicholz came to a curious conclusion: preferences varied across the country. No single cheese reigned in more than eight states; instead, 22 different winners emerged, each taking first in at least one state.

In general, Parmigiano-Reggiano took the title of America’s favorite, as the most searched-for variety in eight states. Stilton followed with six states, while Muenster took third with five. Regionally, mozzarella dominated in the Northeast, Parmesan in the South, and Stilton in the West and Midwest.