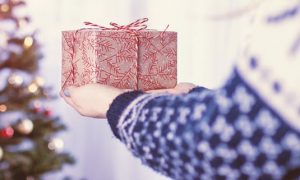 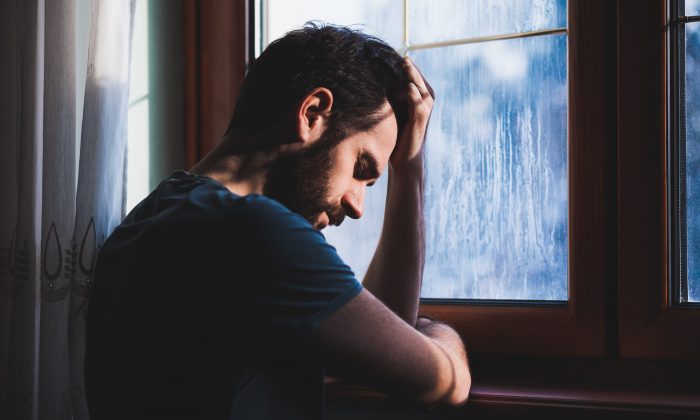 Having some time apart can make it easier to forgive someone, but we don't have this option with ourselves. (Marjan Apostolovic/Shutterstock)
Life & Tradition

The Unique Struggle of Forgiving Yourself

Forgiveness is the release of resentment in exchange for compassion.  It is a highly regarded pursuit in some religions, and research shows that it can improve our mental and physical health.

But the benefits don’t come easy. Just try genuinely loving your enemies and praying for your persecutors. When resentment is tied to pain and disappointment, releasing it can seem impossible.

The same struggles still apply when it comes to forgiving ourselves. Many of us subject ourselves to a cruel inner dialogue for years over past mistakes. For some, even a tiny stumble can trigger a disproportionate helping of grief.

How could I have been so stupid? What was I thinking? How could I let this happen? What’s wrong with me?

It’s appropriate to feel some regret—the queasy twinge of guilt and shame plays a role in keeping us on the straight and narrow. But according to Dr. Gail Saltz, psychoanalyst, best-selling author, and psychiatry professor at the New York-Presbyterian Hospital Weill-Cornell Medicine, subjecting yourself to an endless tape loop of trash talk only makes things worse.

“There’s a reason why we do it, but taken too far it has other negative consequences,” Saltz said. “If you are angry, upset, or intensely guilty toward yourself, this can precipitate depression and anxiety.”

Being upset with ourselves is perhaps the worst feeling we can experience, and until the rift is resolved we have no escape from this inner battle. It’s a relationship we’re most compelled to fix, because our happiness, peace, and well being depends on it. We either forgive, or carry on a life-long habit of self-hate.

But Saltz said forgiving ourselves can be even more challenging than forgiving others. Both types of forgiveness have the same basic goal of finding compassion. But self-forgiveness has a unique feature that can make compassion much harder to locate: a lack of space.

We have the option to forgive people who are no longer in our lives. With time to reflect on our pain at a safe distance, the process of forgiveness may become a little easier. But we never have a chance to get away from ourselves.

Self-forgiveness is about owning up to what you did, accepting your faults, and working to avoid a repeat of the same mistake. But Saltz said that, because of the distorted perspective we often have of ourselves, we actually prevent this process from happening. Instead of really examining and acknowledging our behavior, we view it in a polarized way: either all good, or all bad. This causes us to either ignore the problem, or beat ourselves mercilessly with it.

“Many people have these rigid standards of themselves where they’re either perfect or awful,” Saltz said. “That’s why it’s hard for people to accept that they have made mistakes, to own their mistakes, and to be able to forgive themselves.”

The ease with which we forgive often boils down to the amount of malicious intent we perceive a mistake to contain. Deeds filled with malice are the most challenging cases, because they’re vicious and intentional. However, most mistakes are a mix of less volatile ingredients: accidents, poor judgment, laziness, bad timing, ignorance, and confusion.

When it comes to forgiving others, it’s a lot easier to let things go when we see the offender’s behavior as an honest mistake. If they show appropriate remorse, clarify misunderstandings, or convince you that they never meant the harm they caused, forgiveness can be a breeze.

But Saltz said people can become so attached to their self-flagellation that they’re never able to have this understanding with themselves.

“There are people who think, ‘If I don’t feel guilty all the time, than I risk becoming a terrible person. I have to keep paying this price every day. This is what keeps me in check,” she said. “The vast majority of people who are saying these things to themselves may not be conscious of them. They’re stuck in a cycle of holding on to this.”

A Need for Others

We pay a high price for chronic self-resentment. Feeling hurt and fundamentally broken, we withdraw from life. Over time, we wall ourselves off for fear of screwing something else up.

But this loner impulse can become an obstacle to resolving the relationship with ourselves.

Although self-forgiveness is primarily an internal struggle, Saltz said the way out typically involves other people. Sometimes the process involves an apology, or finding another way to resolve matters with someone we’ve hurt. For other instances, we just need an objective ear. A therapist, clergy person, close friend, or a family member we trust can provide the kind of clear and honest perspective we need to help us to really see our mistakes for what they are, and move on.

“It often requires some communication with someone else because it’s hard to do it in the vacuum of your own head,” Saltz said. “That objective other is really helpful in doing that. If you’re stuck in a loop it’s hard to break out of it on your own.”

If sharing details of your inner struggle can help foster self-forgiveness, hiding them surely pushes this opportunity further away. A few years ago, marketing strategist Steve Kurniawan suffered with a gambling addiction. This led to financial disaster, followed by an escalating series of lies told to family and friends to secure loans and conceal the extent of the damage.

As his life was falling apart, Kurniawan was devastated by what he had become, but he still couldn’t stop the cycle.

“After the mistake, we see ourselves as some kind of a monster and hate ourselves,” Kurniawan said. “We keep blaming ourselves and often it leads to a relapse of making the same mistake.”

What ultimately allowed Kurniawan to move on was divulging his problem with those closest to him, and demonstrating that he was dedicated to change. In turn, the people he let in were able to acknowledge his improvement. The feedback let Kurniawan slowly see himself in a better light.

“I personally went through a long spiritual journey before being really able to forgive myself,” Kurniawan said. “It’s important to have a support system of people who can encourage you and affirm that you are not a monster.”

Other people can provide a sounding board, but the effort to examine our mistakes has to come from within.

If you’re feeling like a failure, it can be comforting to remember that we all make mistakes. But Saltz said forgiveness is much more than just admitting that you’re human. It’s about understanding where your mistakes come from, working toward an effective way to deal with them, and dropping the useless self abuse routine that is holding the process in limbo.

“Insights come where the person says … ‘The mode I am processing this through makes sense in a perverse way, but in the light of day it is not helping me or my kids,’” Saltz said.

Although it’s tempting to run from negative feelings about ourselves, Katie Wock, a certified life coach specializing in forgiveness, encourages us to embrace them.

“Don’t push these negative feelings away. Open them up an explore them,” Wock said. “Try to remember the event in its entirety and try to name the emotions associated. This is hard. It’s going to make you cringe and feel gross, but it’s worth the effort.”

Once you have recalled the incident to the best of your ability, consider why it still makes you react. Does it trigger some sense of incompetence or unworthiness? If so, try to untangle it.

“Anger and shame are often intertwined,” Wock said. “Most likely, the anger’s only purpose is to cover the hurt you may feel when remembering this incident. Let it go. It is not helping you.”

Finally, consider the deeper lesson to be learned, and take it to heart. For example, if you are haunted by a hurtful comment you said to someone in the past, consider if you still have a habit of making hurtful comments.

“Sometimes, our brains will keep bringing up events which we thought we have made peace. If this is the case, there may be something more to the situation we are not seeing,” Wock said. “Try remembering it in a third person’s point of view. Objectivity might support a breakthrough.”